Thousands of children in Irish care homes at centre of 'baby graves scandal' were used in secret vaccine trials in the 1930s Sun Jun 08, 2014 2:01 am

Scientists secretly vaccinated more than 2,000 children in religious-run homes in suspected illegal drug trials, it emerged today.
Old medical records show that 2,051 children and babies in Irish care homes were given a one-shot diphtheria vaccine for international drugs giant Burroughs Wellcome between 1930 and 1936.
There is no evidence that consent was ever sought, nor any records of how many may have died or suffered debilitating side-effects as a result.
The scandal was revealed as Irish premier, Enda Kenny, ordered ministers to see whether there are more mass baby graves after the discovery that 800 infants may be buried in a septic tank outside a former mother and baby home in Tuam, Co. Galway. 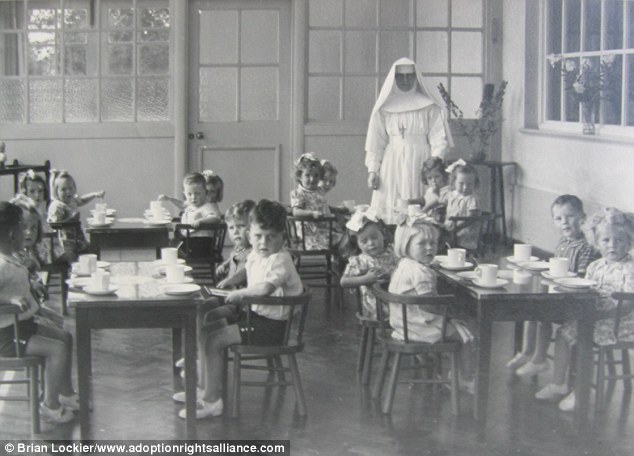 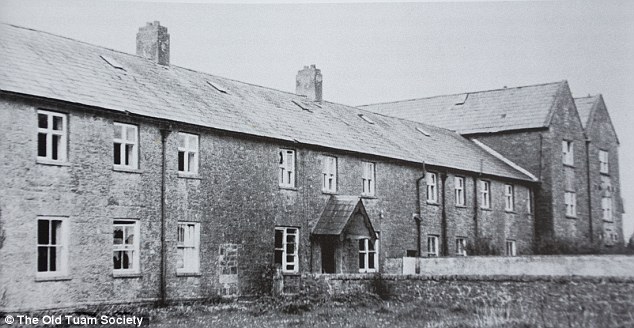 Children's homes are under the spotlight since it emerged that 796 babies may be buried at the former mother and baby home at Tuam, Co. Galway - Enda Kenny has ordered officials to see if other mass graves exist 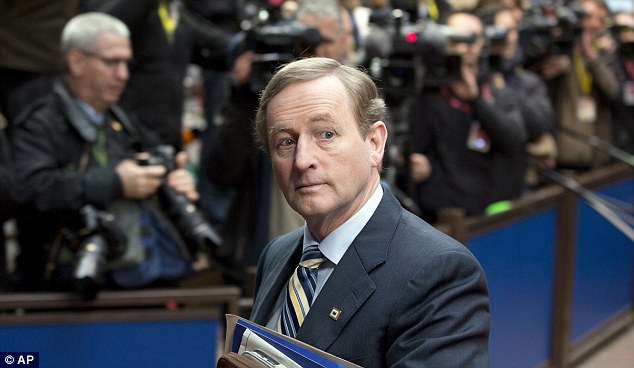 +7
The Irish premier has ordered his officials to examine the possibility that there may be other mass graves, too


The Taioseach intervened from the United States yesterday to say that he had ordered his officials to 'see what the scale is, what's involved here, and whether this is isolated or if there are others around the country that need to be looked at.'
Michael Dwyer, of Cork University’s School of History, found the child vaccination data by trawling through tens of thousands of medical journal articles and archive files.
He discovered that the trials were carried out before the vaccine was made available for commercial use in the UK.
Homes where children were secretly tested included Bessborough, in Co. Cork and Sean Ross Abbey in Roscrea, Co. Tipperary, both of which are at the centre of the mass baby graves scandal.

Other institutions where children may also have been vaccinated include Cork orphanages St Joseph’s Industrial School for Boys, run by the Presentation Brothers, and St Finbarr’s Industrial School for Girls, run by the Sisters of the Good Shepherd.
In Dublin, it is believed that children for the trials came from St Vincent’s Industrial School, Goldenbridge, St Joseph’s School for Deaf Boys, Cabra, and St Saviours’s Dominican Orphanage.
But Mr Dwyer said: 'What I have found is just the tip of a very large and submerged iceberg.
'The fact that no record of these trials can be found in the files relating to the Department of Local Government and Public Health, the Municipal Health Reports relating to Cork and Dublin, or the Wellcome Archives in London, suggests that vaccine trials would not have been acceptable to government, municipal authorities, or the general public.
'However, the fact that reports of these trials were published in the most prestigious medical journals suggests that this type of human experimentation was largely accepted by medical practitioners and facilitated by authorities in charge of children’s residential institutions.' 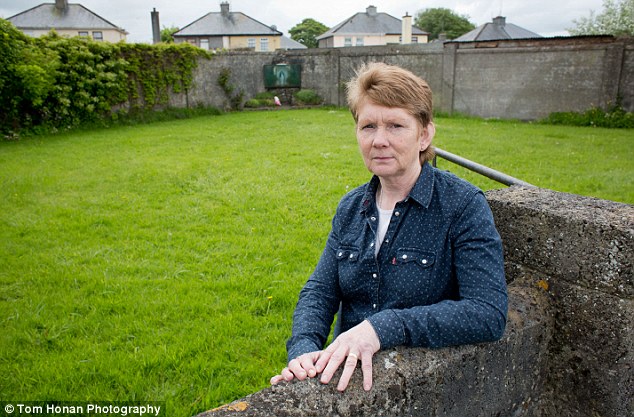 +7
Horror: The scandal of the babies in the mass grave was discovered by local historian, Catherine Corless 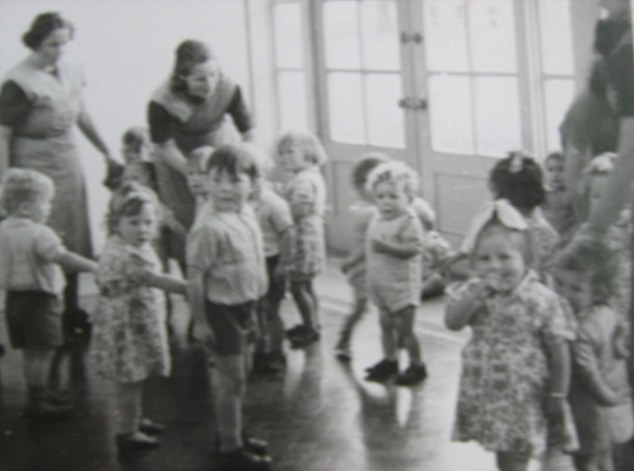 +7
Innocence: Academic Michael Dwyer found out about the secret drugs trials by going through old medical records - children from the Sean Ross Abbey home in Tipperary, pictured, are thought to have been involved


A spokesman for GSK – formerly Wellcome – said: 'The activities that have been described to us date back over 70 years and, if true, are clearly very distressing.
'We would need further details to investigate what actually took place, but the practices outlined certainly don’t reflect how modern clinical trials are carried out. We conduct our trials to the same high scientific and ethical standards, no matter where in the world they are run.'
A spokeswoman for the Sisters of Sacred Hearts of Jesus and Mary, the order that ran Bessborough and Sean Ross Abbey, said that like GSK, they would also welcome an independent inquiry.
Fianna Fáil leader Micheál Martin called on the Irish government to add vaccine trials into the investigative remit of any inquiry into the mother and baby homes.
He said: 'We need to start with an independent investigation into the mother and baby homes which would be followed by a wider separate investigation into the vaccine testing.'

Historian Catherine Corless, whose discovery of the suspected mass baby grave at Tuam was revealed by the Mail earlier this week, said her study of death records for the St Mary's home run by Catholic Bon Secours nuns from 1925-1961 pointed to the existence of the mass grave. 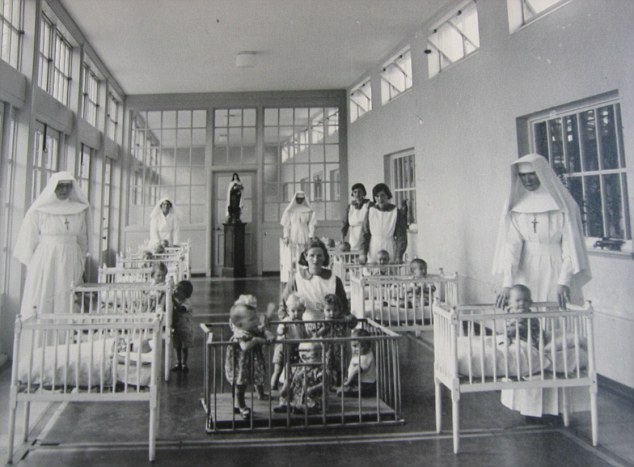 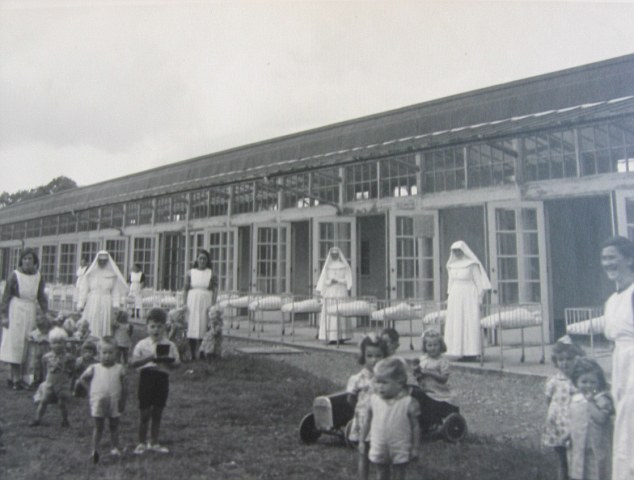 +7
Children were looked after by nuns and often adopted abroad - now it seems they were used in drugs trials, too

The Irish PM interrupted a trade visit to San Francisco to order an inquiry in the Tuam home and others, saying that Dublin must decide what is the 'best thing to do in the interest of dealing with yet another element of our country's past.'
St Mary's was one of several such 'mother and baby' homes for 'fallen women' who had become pregnant outside marriage in early 20th century Ireland.
Another such institution was the Sean Ross Abbey in Tipperary, was where Philomena Lee gave up her son for adoption in the 1950s. Her story was made into the Oscar-nominated film 'Philomena' last year.

The 'mother and baby' homes accommodated women who were ostracised from their own families and had nowhere else to turn.
Under conservative Catholic teaching of the time, children born outside of marriage were not baptised and were therefore denied a Catholic burial on consecrated ground.