OUT OF MIND » THE INSANITY OF REALITY » GOVERNMENTS & THE NEW WORLD ORDER » 'Iraq chaos is Tony Blair’s legacy’: Intervention by ex-PM in 2003 destabilised the country and left it open to extremism, says Home Office minister

'Iraq chaos is Tony Blair’s legacy’: Intervention by ex-PM in 2003 destabilised the country and left it open to extremism, says Home Office minister


The disaster unfolding in Iraq was branded ‘Tony Blair’s legacy’ last night as Britain ruled out military intervention.
Though Islamist extremists are threatening to seize Baghdad, Foreign Secretary William Hague said Britain was ‘not contemplating’ any form of action, and Nato chief Anders Fogh Rasmussen said there was no role for the alliance.
US President Barack Obama insisted his country had an interest in stopping jihadists taking control and said he was looking at ‘all options’, including drone strikes.
Iraq is facing a return to its darkest days after al Qaeda-linked militants seized a huge swathe of the Iraq’s northern region and vowed to press on to the capital. 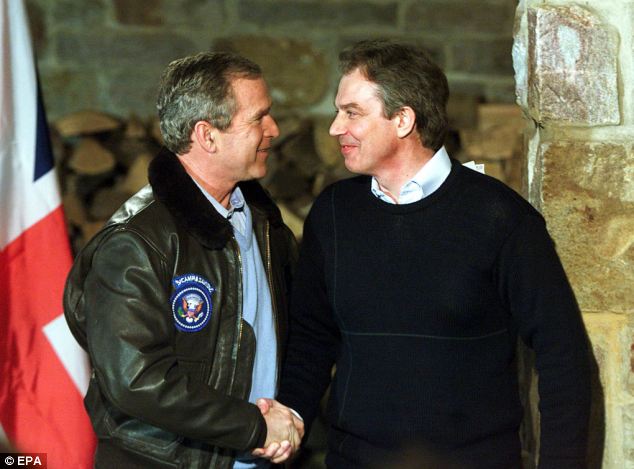 The developments have reignited debate over the wisdom of the decision of Mr Blair and US President George W Bush to invade Iraq in 2003, at the cost of 179 British lives and at least £9 billion.
Critics say the US and UK governments of the time failed to prepare properly for the aftermath of the invasion. In 2007, Mr Bush ordered a ‘surge’ of troops to quell insurgency, but in 2011, the last British forces pulled out of Iraq. Researchers have estimated that as many as half a million Iraqis have died as a result of the conflict, though the figure is hotly disputed.
Home Office minister Norman Baker, a Liberal Democrat who is a longstanding opponent of the Iraq War, told the Daily Mail: ‘Saddam Hussein was a dictator who gassed his own people, but the country was stable, in a vile sort of way.
‘The reality is that the intervention by Tony Blair and George Bush has destabilised this country and left it open to extremism, and we are seeing that now. Iraq today is Tony Blair’s legacy.’ 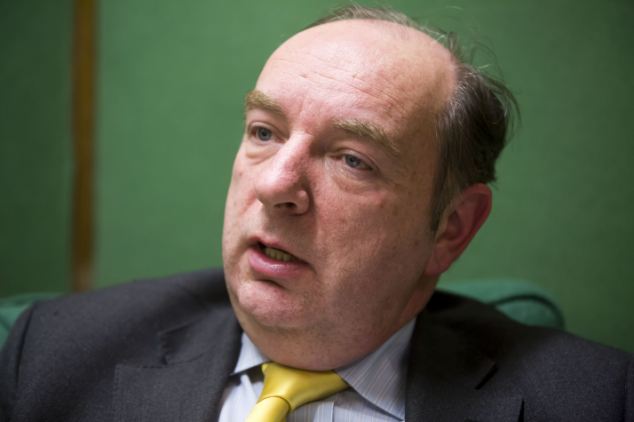 Conservative MP John Baron, who resigned from his party’s front bench to vote against the Iraq conflict, said events in the country demonstrated the folly of intervention across the Middle East.
‘One of the dangers of invading Iraq is that we underestimated the religious tensions and the resources needed to leave robust structures in place when the West left. A weakened Iraq was always going to be more susceptible to extremism,’ he said.
‘Other examples include Libya, and possibly Afghanistan. In Libya, a weak central Government has been unable to establish its authority over militias. In Afghanistan, Western confidence that the Afghan security forces will be able to hold the line surely needs re-evaluating after these events.”
‘All in all, such developments once again bring into question the wisdom of our recent interventions.’ 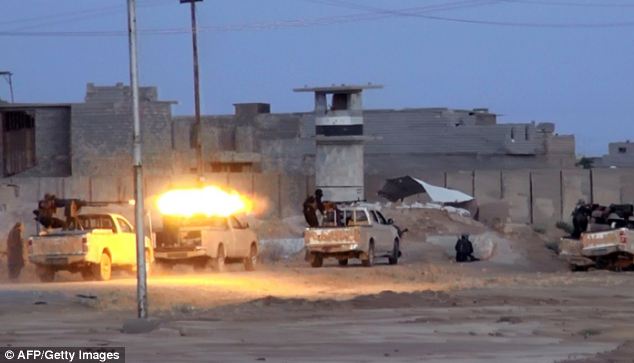 +4
Jihadi militants from the self-proclaimed Islamic State of Iraq and the Levant (ISIS) , pictured, have seized Mosul and Tikrit after heavy fighting

Mr Hague said there was no prospect of the UK offering military assistance of any kind to Iraq, though the Government is providing humanitarian support.
The Department of International Development confirmed that a team of experts have been sent to the country after two major cities, Mosul and Tikrit, fell to insurgents from the Islamic State of Iraq and the Levant (ISIS).
‘No military assistance has been requested from the UK, we're not contemplating military intervention or assistance from the UK,’ Mr Hague said.
‘We are considering what we can do to relieve the humanitarian pressures caused by the displacement of hundreds of thousands of people, that is something that the UK is well-placed to provide.’
Mr Hague insisted that the Iraqi authorities – which failed even to persuade enough MPs to turn up to parliament to vote on a request by prime minister Nouri al-Maliki to declare a state of emergency – form a more effective consensus between the country’s rival religious and ethnic groups.
‘It is very much an issue for the Iraqi leaders to make sure that together they form a political unity and consensus to deal with this involving Shia, Sunni and Kurds working together. We look to the Iraqi government to do that,’ the Foreign Secretary said.
Deputy Prime Minister Nick Clegg said he also opposed military action, referring to the 2003 war: ‘I don't think having made one mistake you repeat it by making a second one.’ 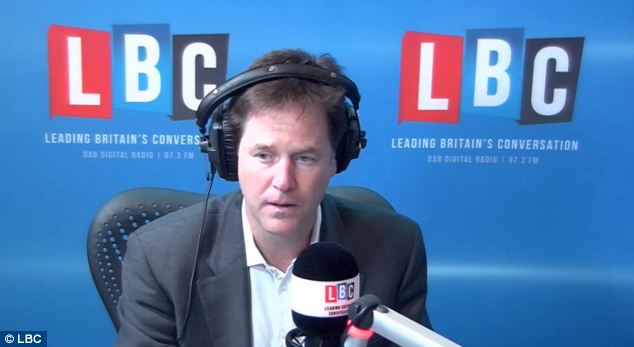 +4
Deputy Prime Minister Nick Clegg, speaking on his radio show ruled out any further military intervention in Iraq claiming 'I don't think having made one mistake you repeat it by making a second'

Mr Clegg said the Iraq was now in a ‘very, very dangerous situation’ and were in part due to the knock-on effects of the civil war in Syria.
The Deputy Prime Minister told his LBC radio phone-in that his view was that the legal basis for the invasion of Iraq in 2003 was ‘very shaky’, adding: ‘I personally do not think legality was ever proved. My party was alone in thinking at the time, as the Conservatives and Labour parties both argued for the invasion of Iraq, that we shouldn’t have invaded Iraq in the first place.
‘This porous border between Syria and Iraq is really becoming the absolute fulcrum for ever more organised violent forces usurping the government of Iraq and occupying as you say, very large parts of that part of the world.
‘It is an incredibly serious situation but at the end of the day the only way that this is going to start turning around is if the violence subsides in Syria and politics can start taking root where violence at the moment is raging.’
Nadhim Zahawi, an Iraq-born Conservative MP who is a member of Downing Street’s policy board, said Britain's failure to intervene in Syria has fuelled Iraq’s descent into civil war.
He also blamed the decision of Paul Bremer, the head of the occupational authority in Iraq following the invasion, to disband the 700,000-man Iraqi Army 11 years ago.
David Cameron last summer said he wanted to launch airstrikes on Syria, but the plan was scrapped after Labour MPs and some Conservative backbenchers voted it down in the Commons.
Mr Zahawi told BBC Radio 4’s Today programme: ‘I argued for very limited intervention to take the chemical weapons out of the game in Syria to protect the silent majority of innocent people.
‘Early intervention in Syria, supporting people who were working towards replacing Bashar al Assad with a moderate democracy which is inclusive would have been the right move.
‘Otherwise the message you send to the silent majority is actually you don't care about them. That is where these groups thrive because they go in and they are brutal and they take over and fill that vacuum.’

OUT OF MIND » THE INSANITY OF REALITY » GOVERNMENTS & THE NEW WORLD ORDER » 'Iraq chaos is Tony Blair’s legacy’: Intervention by ex-PM in 2003 destabilised the country and left it open to extremism, says Home Office minister

» Blair, Iraq, trial?
» The Tony Blair scandal – will he ever pay the price?
» "*The RV was complete in country of IRAQ Dec 1, 2013. But the “official announcement” will not happen for a period of time":Tony
» "Tomorrow in Iraq there is an international speech by the PM that will be televised. ANNOUNCEMENT IS SCHEDULED IN IRAQ FOR 8AM LOCAL TIME IN IRAQ (midnight EST)":Tony
» Tony Blair is a psychopath says Arundhati Roy - and Obama's no better