The small private plane went down in trees near White Planes airport just after 8 a.m. Friday while taking off, officials say. The aircraft was registered to Richard Rockefeller of Falmouth, Maine.


Rockefeller Great-Grandson Dies After Small Plane Goes Down...
A member of the Rockefeller family has died in a small plane crash near Westchester County Airport, a family spokesman has confirmed. CBS 2's John Slattery reports.

The Rockefeller family, after celebrating the 99th birthday of its billionaire patriarch David, is now planning a funeral for his doctor son after a morning plane wreck.

Richard Rockefeller died at the controls of his private Piper Meridian PA-46 when the single-engine craft crashed Friday in miserable weather conditions minutes after takeoff at Westchester County Airport. 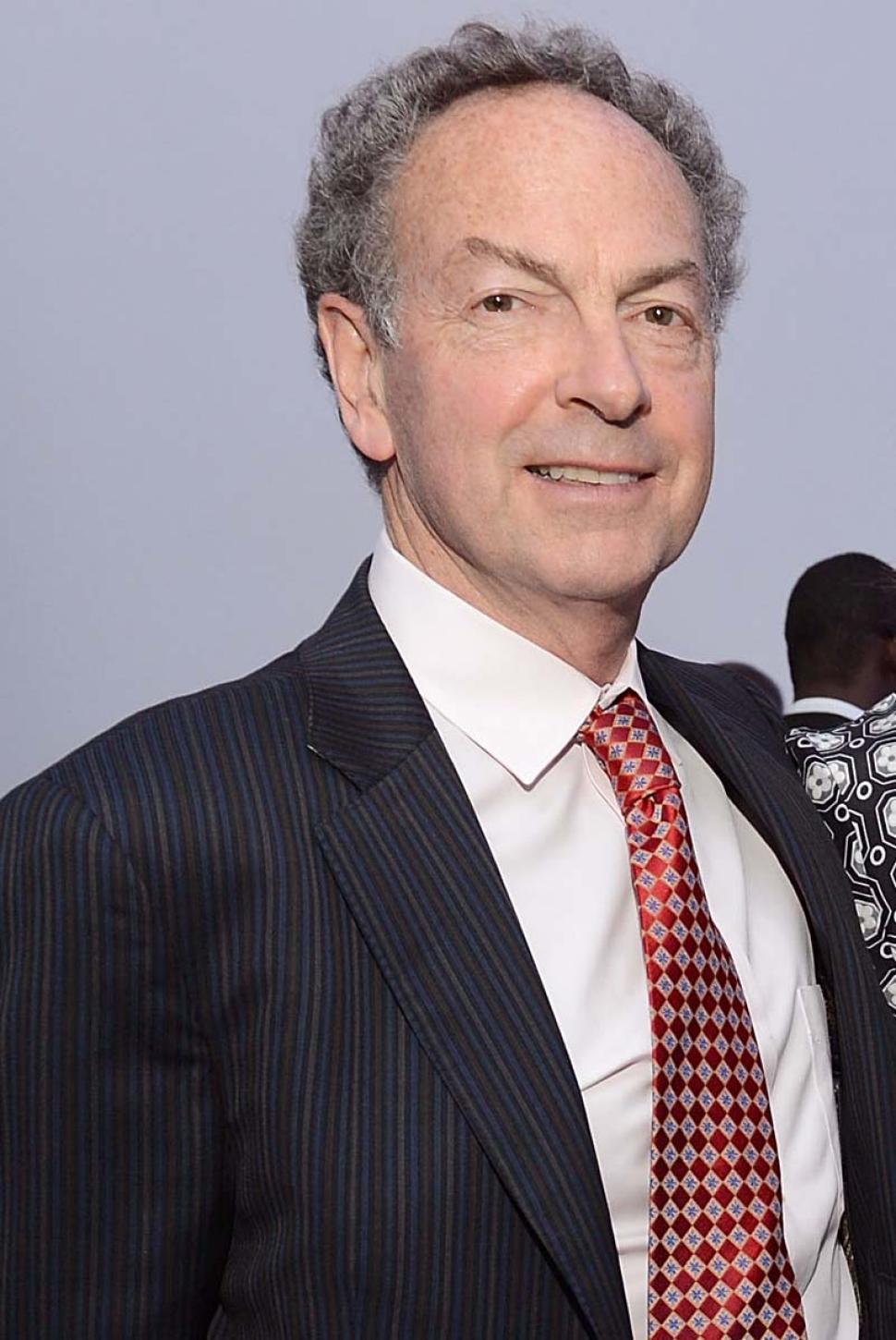 Though several other flights were canceled due to the rain, fog and poor visibility, veteran pilot Rockefeller opted to take off at 8:08 a.m. from Runway 16 — and quickly dropped off the radar, authorities said.

Rockefeller, 65, was found dead amid wreckage of his plane, which barely missed hitting a house and building at Stratford Stables, just a half-mile from the White Plains airport.

The crash happened so quickly that Rockefeller never had time for a mayday call, officials said. A piece of the doomed plane’s wing dangled from a sheared pine tree as police in Purchase, N.Y., awaited the arrival of National Transportation Safety Board investigators.

Other large trees in the plane’s path were knocked askew, with one aircraft wheel thrown about 50 feet away from the main wreckage. No one on the ground was injured.

Rockefeller, the well-respected great-grandson of Standard Oil founder John D. Rockefeller Sr., was a regular flier and had decades of flight experience, according to a family spokesman. 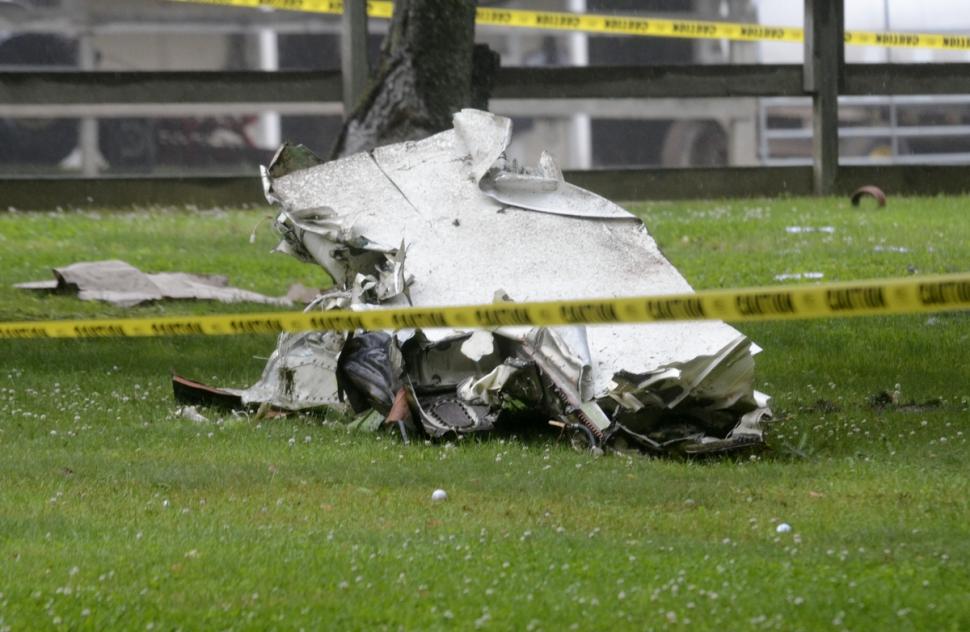 A small, single-engine plane piloted by Dr. Richard Rockefeller crashed minutes after takeoff in Westchester on Friday.
Previous Next

“It’s a terrible tragedy,” said spokesman Fraser Seitel. “The family is in shock. Richard was a wonderful and cherished brother, father, husband, grandfather.”

Rockefeller, of Falmouth, Maine, was flying solo and heading home after his father’s birthday. “He was eating dinner with his father last night to celebrate his 99th birthday,” said Seitel. “It’s horribly sad.” 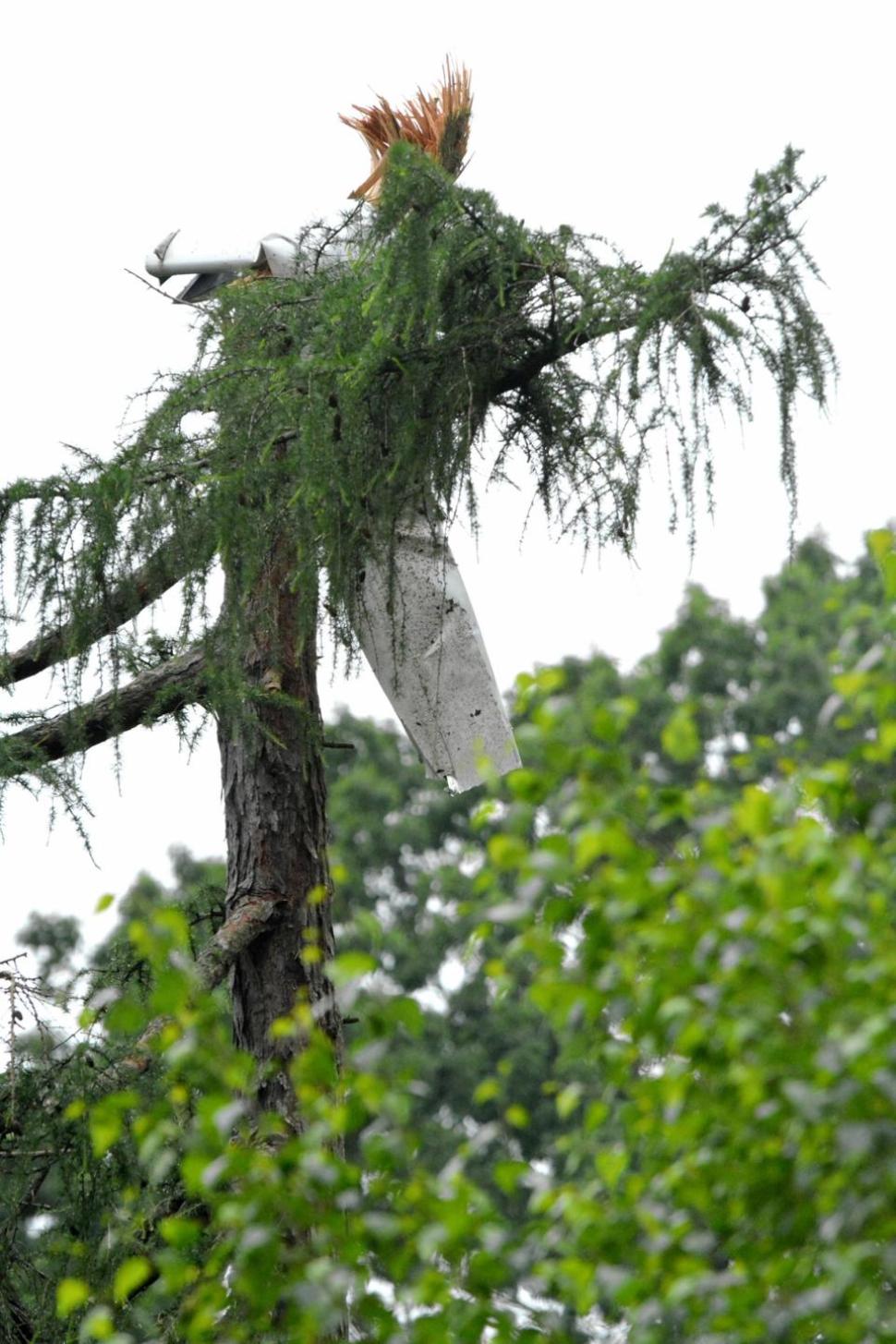 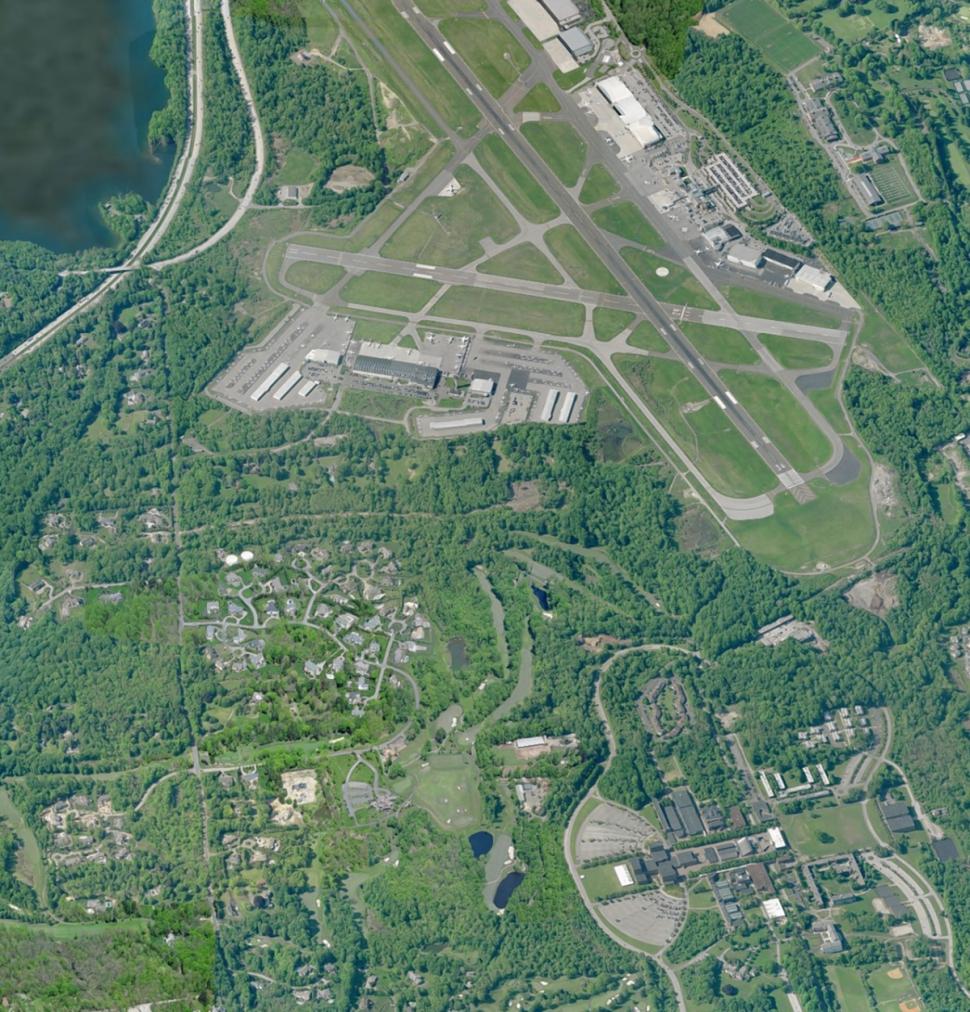 The doctor’s widow Nancy, reached at their Maine estate, declined to comment. The couple were the parents of two adult children. David Rockefeller is the world’s oldest billionaire, with a net worth of $2.7 billion. He is the brother of late vice president and New York Gov. Nelson Rockefeller. 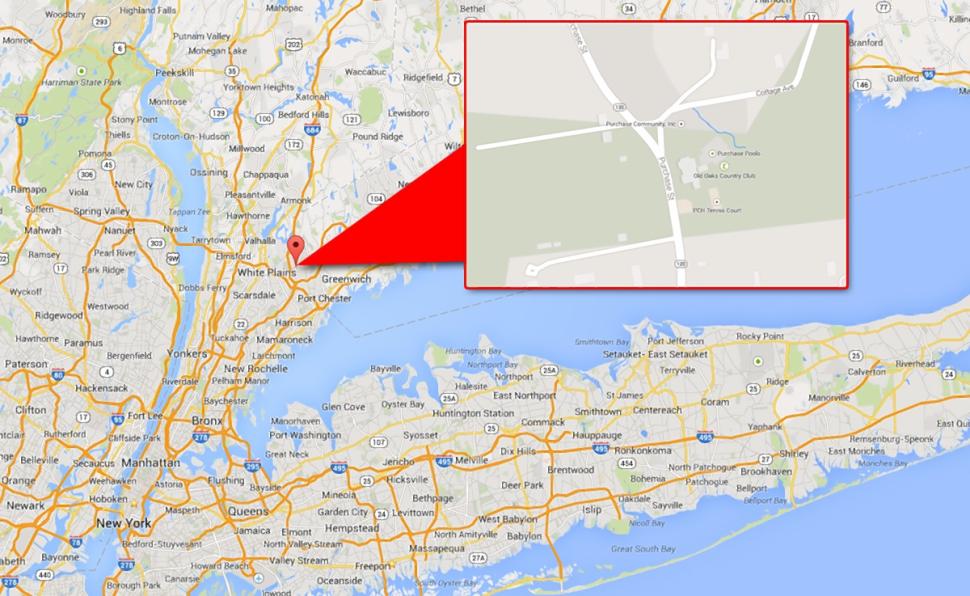 Google The small plane went down near SUNY Purchase.

Richard Rockefeller was a doctor with a distinguished career that included a stint chairing the U.S. Advisory Board of Doctors Without Borders from 1989-2010. The doctor served as a trustee on the philanthropic Rockefeller Brothers Fund. He was recently working on PTSD treatment for wounded veterans, said Seitel.

Rockefeller, a Harvard graduate, practiced medicine in Portland, Maine. He sat on the board of the conservationist group Maine Coast Heritage Trust. 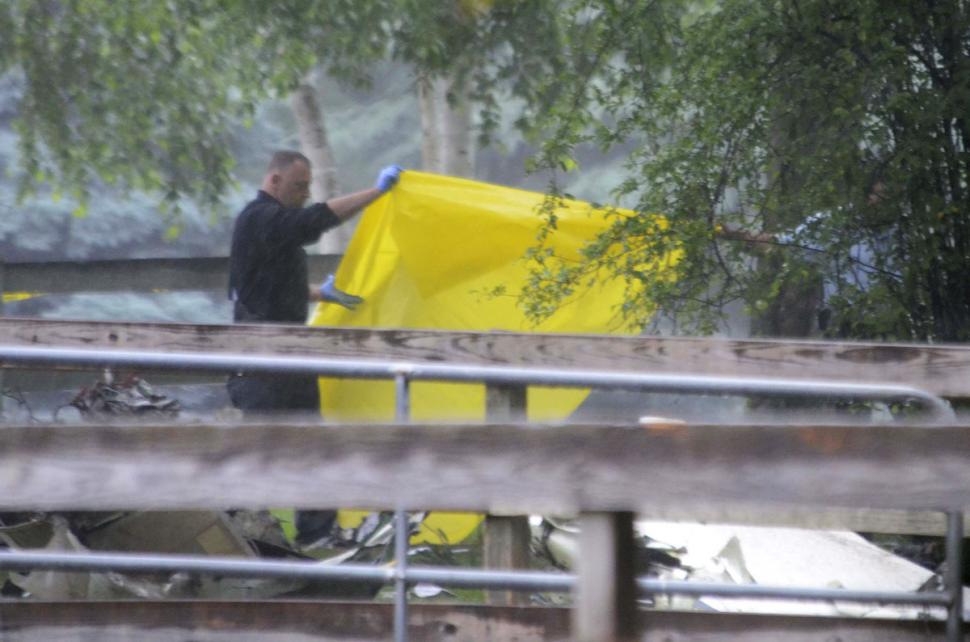 The pilot was killed in the crash, authorities say.
Previous Next

“His work with environmental protection throughout Maine was enormous,” said Timothy Glidden, the group’s president. “He was there to really roll up his sleeves and work.”

“I can imagine they’re all shaken up,” said Astorino. “Yesterday was a nice day for the family ... and today they’re dealing with an absolute tragedy.”

» AirAsia plane engine cuts out minutes before takeoff in Indonesia – report
» Over 100 Dead in Indonesia After Military Plane Crashes in Residential Area
» Rockefeller & Co. CEO Found Dead Of Self-Inflicted Gunshot Wound – Why Are Rockefellers Dropping Dead Like Flies?
» There Were No Commercial Plane Crashes on 9/11
» Plane Carrying 132 People Crashes in China