Geneticists are Spell-Bound By Discovery of DNA That Confirms Fallen Angels Mated With Humans! (Stunning Videos)

Geneticists are Spell-Bound By Discovery of DNA That Confirms Fallen Angels Mated With Humans! (Stunning Videos) Tue Jun 24, 2014 2:31 am

The World Genographic Project has been testing haplogroups (a group which relates to our deep ancestry) and has recently discovered that during the time of Noah’s flood a small group of extremely unusual DNA was introduced into the population. Geneticists have named it, Haplogroup I1.
I believe this could be the DNA proof that fallen angels had sex with humans spoken of in the book of Genesis 6:4, “The Nephilim were on the earth in those days, and also afterward, when the sons of God came in to the daughters of men, and they bore children to them. Those were the mighty men who were of old, men of renown..”

The haplogroup I1 gene has unique characteristics unlike any other gene, and geneticists are baffled by it.

According to Paranormics.com some of the anomalies found in human hybrids with this strain of alien DNA include: toleration of extreme climates, exceptional strength and height, atheists mentality with no belief in God, intelligent, 100% literacy rate, great memory, speaks many languages, and limited sun exposure.  This is a sign that this is likely Nephilim in nature, because they are known to hate God and have a giant stature in ancient times.
But this gene anomaly isn’t the only DNA proof that exists! In the desert peninsula of Paracas, located within the Pisco Province in the Ica Region on the south coast of Peru; Peruvian archaeologist, Julio Tello, discovered an enormous graveyard that housed tombs packed full of beings with the elongated skulls. Today these skulls are known as the Parcas Skulls. Not only do they date back during the time of the flood on Noah, but they have also been found with “alien DNA”…..
Video by Lyn Leahz….


According to the news article in Ancient Origins:

“It is well-known that most cases of skull elongation are the result of cranial deformation, head flattening, or head binding, in which the skull is intentionally deformed by applying force over a long period of time. It is usually achieved by binding the head between two pieces of wood, or binding in cloth. However, while cranial deformation changes the shape of the skull, it does not alter its volume, weight, or other features that are characteristic of a regular human skull.
However, they say that these ‘Paracas Skulls’ are different!  The cranial volume is up to 25 percent larger and 60 percent heavier than ordinary human skulls. This confirms they could not have possibly been deliberately disfigured through head binding or flattening. Not to mention, these skulls also accommodate one parietal plate instead of two.”
With the two of these DNA findings put together we have the evidence we need for the Nephilim spoken of in the Bible. Both of these findings reveal unique DNA unlike any human DNA, and the only answer is that they must be what the bible refers to as the Nephilim race.
Scientists Are Frozen Speechless As Shocking NEW DNA Evidence Reveals Nephilim Existence! (VIDEO and Photos) 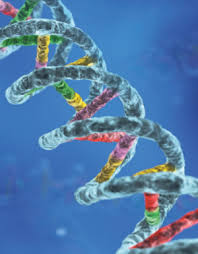 » Rudolf Steiner and Angels – The Potential Fall of Humans and their Angels
» Fallen Angels Explained
» Why did the fallen angels cut down all the trees?
» Fallen Angels May Have Come From Mars And Looked Just Like Us..
» ENOCH: THE STORY OF EXTRATERRESTRIAL FALLEN ANGELS