Latest topics
» Situation Update, Feb. 25th – Is FAKE Prez. Biden about to be exposed and removed?

Today at 6:43 pm by PurpleSkyz

Today at 6:40 pm by PurpleSkyz

Today at 6:30 pm by PurpleSkyz

Today at 6:28 pm by PurpleSkyz

Today at 6:21 pm by PurpleSkyz

OUT OF MIND » PERCEPTUAL AWARENESS » THE SHIFT IN CONSCIOUSNESS » The Quickening… Do You Feel It?

The Quickening… Do You Feel It?

The Quickening… Do You Feel It? I always enjoy Gillian’s commentaries at Shift Frequency, and I feel strongly guided to share more positive, uplifting information while educating the new truth-seekers who find their way to my blog.
I’m saturated with negative info and can’t absorb any more so while the residual drips, I’m going to aim for more good news than bad. I need that off-balance, balance.
I can’t tell you what’s true out there and what isn’t, but experience is a good teacher and it’s not looking like the RV and the financial reset are on the brink of manifesting, is it?
That may be bad news for some, but as I’ve said before, it’s not what my heart desires above all else, so I’m not on tenterhooks waiting for that… just watching with great interest. I believe all will unfold at the perfect time for our best and highest good.
It’s been clear from comments on posts that a lot of people out there really appreciate me being a cheerleader and I’m a little rusty, but I’m very optimistic.  I’ve donned my pom-poms and practiced the leaps and hope to spread a little more light than dark in the coming days.
Considering what we create, I think it’s a wise course to steer clear of too much negativity and hype. These days we are simply wading through the dregs left over from the last hours of the darkness on Starship Earth. Our ships will come in. (round, cigar and saucer shapes  ;0)
Incredible times lay ahead for us all. Know it.  BE it. And so it is.  ~ BP 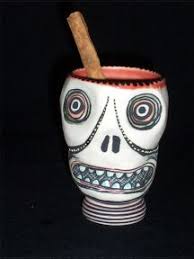 Cabal Coffee
“There’s Many A Slip Twixt The Cup And The Lip”
We are witnesses to the fruition of an eons-long effort to create a dual-tiered world in which the dictates of a very few control outcomes for the planet’s majority. Such a dual-tiered system would be tolerable – in fact it could be quite elevating — if the few who desire control were in any way interested in raising the consciousness of Earth’s inhabitants.
But that is not the plan.
As you know from reading this and other alternative sources of information, the plan has been toward population control, resource control, health control, education control, military control, financial control, and any other form of control that serves the negative interests of a few “elites.”
And that, in a nutshell, is the problem
Despite having enjoyed many thousands of years of maintaining control through a multiplicity of systems – political, economic, religious – the controllers have clearly not considered the possibility that Life itself might evolve within humanity to the point where being enslaved was no longer an accepted or acceptable condition.
Prior to the inception of the internet, few except those immediately engaged in one or other of the various battlegrounds around the globe would be any the wiser concerning this unraveling state of affairs.
That time is past.
Events once orchestrated in secret now take center stage. The multitudes feel a quickening within, an awareness that things are not getting better but are in fact deteriorating.
For the controllers it is no longer enough to stand at a podium and declare “all is well.” It is no longer sufficient to lie with statistics, manipulate stock markets and depress national currencies. The signs of lack and limitation of supply are everywhere. The people – aka the 99 percent – are increasingly less willing to suffer so that the few positioned to climb the rickety steps of power can establish an agenda that benefits only themselves.
Disequilibrium Holds Within It Seeds Of Liberty And Freedom
Whenever systems become intolerable to the majority there is movement and change. When the Catholic Church lost track of its fundamental raison d’être it spawned the Reformation. When freedom from serfdom became more insistent than fear of a journey into the unknown the American colonies were founded. These are but two of many examples within history of the status quo getting overturned when it ceases to regard the impulse within humanity to experience “life, liberty and pursuit of happiness.”
And so it is humanity finds itself once more at a decision point. Do we deny the Spirit that rises within that seeks upliftment, freedom and well-being or do we accept the dictates of those who are busily rolling out their NSAs and TSAs and “global currency resets” and lab-manufactured diseases and rules that apply never to themselves but always and only to the humanity they were elected to serve?
It’s A Rush To The Finish Line
Only the most unobservant can fail to have noticed the quickening pace of events. Days fly by in a blur. The world trembles on the brink of change.
This change can go either way though the preponderance of evidence suggests this level of negative disequilibrium cannot be sustained. Of necessity a return to equilibrium cannot be that which goes further in the direction of tyranny and enslavement. There is already way too much of that in place. And through increased awareness of the nature of the game the desires and wishes of the majority are not in favor of more of the same, and are most certainly not in favor of continued control by the very ones who delightedly foment hell on earth. There is no balance to be found there.
So pushback occurs.
It’s happening in the Middle East, Ukraine, and Africa with Russia leading the call to right action and America leading the call to financial and political enslavement. Of a certainty the NWO controllers are internationally based and have no particular care or concern for America. America is simply the big stick they wield that stirs the pot with ISIS (now IS) in the Middle East, Nazi factions in the Ukraine, and a controlled mainstream press paid to declare “left” is really “right” and “right” is really “wrong.”
The international nature of this agenda is very apparent. It is by no means happenstance that France’s Christine Lagarde (current IMF head steward) can be observed dropping cabalistic hints of humanity’s imminent financial destruction, a destruction orchestrated in its entirety by the Western banking empire she serves.
Successful Implementation Of Global Tyranny Is By No Means Guaranteed
You have likely noted for yourself that our would-be plutocrats are not too terribly good at orchestrating false flags, manipulating chaos or killing the desire for peace and freedom in the hearts of individuals. When the pressure of an ascending planetary frequency is added to the mix they appear increasingly off their game. Just witness Hillary Clinton’s incredibly bizarre misstep declaring herself “dead broke” when she left the White House in January 2001. The Clintons are masterful politicos. This type of misstep would never have occurred even five years ago.
And she is not alone.
We are privileged to be alive in times of tremendous change. It is definitely to humanity’s advantage that the English proverb “there’s many a slip twixt the cup and the lip” seems increasingly to be the order of the day.
Until next time,
Gillian
gillian@shiftfrequency.com
ShiftFrequency 2014

OUT OF MIND » PERCEPTUAL AWARENESS » THE SHIFT IN CONSCIOUSNESS » The Quickening… Do You Feel It?