Yesterday at 9:53 pm by PurpleSkyz

Yesterday at 9:35 pm by PurpleSkyz

Yesterday at 9:17 pm by PurpleSkyz

Yesterday at 8:12 am by PurpleSkyz

OUT OF MIND » THE INSANITY OF REALITY » FINANCIAL COLLAPSE » Get Ready: Head of World’s Most Powerful Bank Issues Ominous Warning 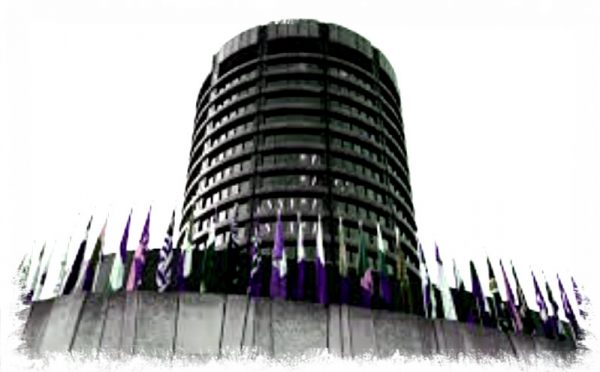 Most people have never heard of Jaime Caruana even though he is the head of an immensely powerful organization.  He has been serving as the General Manager of the Bank for International Settlements since 2009, and he will continue in that role until 2017.  The Bank for International Settlements is a rather boring name, and very few people realize that it is at the very core of our centrally-planned global financial system.  So when Jaime Caruana speaks, people should listen.  And the fact that he recently warned that the global financial system is currently “more fragile” in many ways than it was just prior to the collapse of Lehman Brothers should set off all sorts of alarm bells.  Speaking of the financial markets, Caruana ominously declared that “it is hard to avoid the sense of a puzzling disconnect between the markets’ buoyancy and underlying economic developments globally” and he noted that “markets can stay irrational longer than you can stay solvent”.  In other words, he is saying what I have been saying for so long.  The behavior of the financial markets has become completely divorced from economic reality, and at some point there is going to be a massive correction.
So why would the head of ‘the central bank of the world’ choose this moment to issue such a chilling warning?
Does he know something that the rest of us do not? 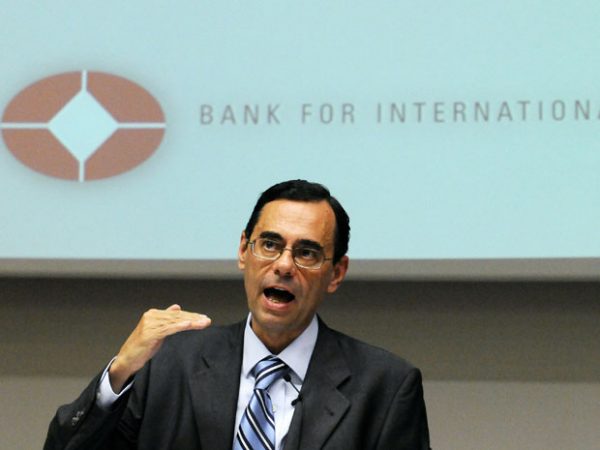 Jaime Caruana
According to a recent article in the Telegraph by Ambrose Evans-Pritchard, Caruana is extremely concerned about rising debt levels and the current level of euphoria in the financial markets…

The world economy is just as vulnerable to a financial crisis as it was in 2007, with the added danger that debt ratios are now far higher and emerging markets have been drawn into the fire as well, the Bank for International Settlements has warned.
Jaime Caruana, head of the Swiss-based financial watchdog, said investors were ignoring the risk of monetary tightening in their voracious hunt for yield.
“Markets seem to be considering only a very narrow spectrum of potential outcomes. They have become convinced that monetary conditions will remain easy for a very long time, and may be taking more assurance than central banks wish to give,” he toldThe Telegraph.
Mr Caruana said the international system is in many ways more fragile than it was in the build-up to the Lehman crisis. Debt ratios in the developed economies have risen by 20 percentage points to 275pc of GDP since then.

And you know what?
Caruana is certainly correct to be warning us about these things.
As I have written about previously, the total amount of government debt in the world has grown by about 40 percent since the last recession, and the “too big to fail banks” have collectively gotten 37 percent larger since that time.
The U.S. national debt has grown from about 10 trillion dollars to more than 17.5 trillion dollars, and even the Bank for International Settlements admits that the global derivatives bubble has grown to at least 710 trillion dollars.
The massive financial imbalances that we were facing during the last crisis have not been fixed.  Instead, they have gotten much, much worse.
But should we trust the Bank for International Settlements?
Of course not.
This is a very secretive organization that very few people know about but that possesses absolutely enormous power.  The following is a brief overview of the Bank for International Settlements from one of my previous articles entitled “Who Controls The Money? An Unelected, Unaccountable Central Bank Of The World Secretly Does“…

An immensely powerful international organization that most people have never even heard of secretly controls the money supply of the entire globe.  It is called the Bank for International Settlements, and it is the central bank of central banks.  It is located in Basel, Switzerland, but it also has branches in Hong Kong and Mexico City.  It is essentially an unelected, unaccountable central bank of the world that has complete immunity from taxation and from national laws.  Even Wikipedia admits that “it is not accountable to any single national government.”  The Bank for International Settlements was used to launder money for the Nazis during World War II, but these days the main purpose of the BIS is to guide and direct the centrally-planned global financial system.  Today, 58 global central banks belong to the BIS, and it has far more power over how the U.S. economy (or any other economy for that matter) will perform over the course of the next year than any politician does.  Every two months, the central bankers of the world gather in Basel for another “Global Economy Meeting”.  During those meetings, decisions are made which affect every man, woman and child on the planet, and yet none of us have any say in what goes on.  The Bank for International Settlements is an organization that was founded by the global elite and it operates for the benefit of the global elite, and it is intended to be one of the key cornerstones of the emerging one world economic system.

The role that the Bank for International Settlements is playing today was envisioned by the global elite long ago.  In another previous article, I quoted from a book that Georgetown University history professor Carroll Quigley wrote in 1975 entitled “Tragedy & Hope” in which he discussed how the BIS was to one day become “the apex” of the global financial system…


[T]he powers of financial capitalism had another far-reaching aim, nothing less than to create a world system of financial control in private hands able to dominate the political system of each country and the economy of the world as a whole. This system was to be controlled in a feudalist fashion by the central banks of the world acting in concert, by secret agreements arrived at in frequent private meetings and conferences. The apex of the system was to be the Bank for International Settlements in Basle, Switzerland, a private bank owned and controlled by the world’s central banks which were themselves private corporations.

And it is interesting to note that Professor Quigley was not against the system that the elite were setting up.  He was just an academic that was trying to accurately convey what he had learned about how the global system works.
Sadly, the system that Quigley wrote about all the way back in 1975 has fully blossomed today.
Every two months, the central bankers of the world travel to Switzerland for “Global Economy Meetings” in Basel.  Most people have never heard of them, but these Global Economy Meetings were actually discussed in the Wall Street Journal…

Every two months, more than a dozen bankers meet here on Sunday evenings to talk and dine on the 18th floor of a cylindrical building looking out on the Rhine.
The dinner discussions on money and economics are more than academic. At the table are the chiefs of the world’s biggest central banks, representing countries that annually produce more than $51 trillion of gross domestic product, three-quarters of the world’s economic output.

So how do you feel about the fact that the central bankers of the world regularly gather to plot their next moves for the global economy?
Should an unelected group of central bankers that has no accountability to any national government really have so much power?
Please feel free to share what you think by posting a comment below…
Michael Snyder is the Editor of The Economic Collapse Blog.
Don't forget to follow the D.C. Clothesline on Facebook and Twitter. PLEASE help spread the word by sharing our articles on your favorite social networks.

Posts : 2620
Join date : 2012-01-17
Age : 74
Location : NH
Sooooo do we all go to hell in a handbasket along with the markets and monitary system ??  Well as I believe there are those sick indeviduals who intend just that, I don't believe that will be the outcome.  Just as Mother Earth has survived all the abuse we have in our ignorance and indifference subjected her to, yet still keeps on going, the 'People', Humanity will continue on... Someday we will get it Right!  There's no other acceptable option.

Posts : 4613
Join date : 2012-01-04
QUOTE and UNQUOTE:
Most people have never heard of Jaime Caruana even though he is the head of an immensely powerful organization. He has been serving as the General Manager of the Bank for International Settlements since 2009, and he will continue in that role until 2017.  The Bank for International Settlements is a rather boring name, and very few people realize that it is at the very core of our centrally-planned global financial system.

After The GCR, once Immensely Powerful Organization(the Bank for International Settlements) will become Nothing But A "Paper Tiger". YES, A CRISIS IS ALREADY COMING TO BIS,IMF,WB, FRB, BUT NOT TO "WE, THE PEOPLE".

Posts : 2620
Join date : 2012-01-17
Age : 74
Location : NH
Since I have not been among those who necessarily believe that the new "BRICS' Bank is really going to do anything to upset or overthrow the 'AppleCart/IMF etc.' (otherwise why would the Cabal institutions be endorsing or allowing them?), So how does that fit into the Puzzle, is this just denial and show on their part? Or is it just more of the same as postulated by the recent J.C.Collins post?

Under the gold-backed monetary system, the oncee Cabal controlled  financial institutions have no other option than to cooperate and drastically alter their roles if they want to survive.For example, IMF can become an advisory organization.

OUT OF MIND » THE INSANITY OF REALITY » FINANCIAL COLLAPSE » Get Ready: Head of World’s Most Powerful Bank Issues Ominous Warning