OUT OF MIND » THE INSANITY OF REALITY » FINANCIAL COLLAPSE » Proof That the U.S. Financial System is a Criminal Enterprise Operation

Proof That the U.S. Financial System is a Criminal Enterprise Operation 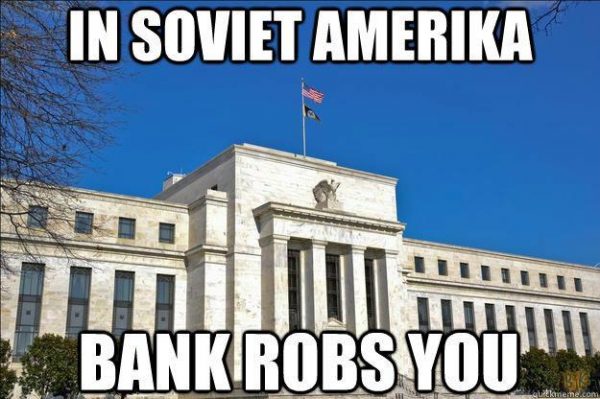 What was revealed in the previous article should shake the confidence that the public has in the DEA and the federal government as a whole. My DEA insider has revealed that there is massive, unchecked banking fraud and money laundering occurring within our financial institutions. Our banks are run like a Mafia protection racket. If you doubt the accuracy of this statement, ask yourself why we are witnessing a massive kill off of banking officials from the nation’s largest banks? The answer is simple. Dead men tell no tales.
The following is not entertainment reading. This is a systematic report which details certain DEA operations and it is the story of how justice is muted when it comes to drug trafficking. There is complicity in these illegal enterprises from official government and corporate entities, particularly the banks. If being amused is the goal of your reading, today, you might want to skip over this article. However, if you truly desire to begin to get an idea of how things work, then you will not be disappointed.
Before revealing the partial extent that money fraud has been revealed to me, let’s review the major facts as ascertained by my DEA informant.
1. The SANCHEZ-Paredes drug cartel provides the bulk of drugs to the Sinaloa cartel.
2. The SANCHEZ-Paredes cartel is protected by the American trained Peruvian military and has strong ties to Hamas, an international terrorist organization.
3. The last three DEA special agents who attempted to investigate the SANCHEZ-Paredes were fired by DEA station director, Patrick Stenkamp. The leaders of the SANCHEZ-Paredes cartel travel freely to the United States and own homes in the country. This would require the State Department and the DEA “to look the other way”.
4. In Chicago district court testimony, it was revealed that the Sinaloa cartel struck a deal with the DEA to provide intelligence on other cartel drug shipments in exchange for a guarantee for shipping in 80% of its drugs to the United States without interference. As outrageous as this claim was, the validation of this fact did not require the revelation of an informant. The media coverage of this event is overwhelming, even if it was mostly ignored by the MSM. Defenders of the deal say that this is the cost of catching most of the drug dealers and drug shipments. Skeptics see the DEA as being involved in protecting the drug shipments of the elite from competition.
This installment reveals, to some extent, the existence of an elaborate money laundering scheme which must exist in order to legitimize the drug profits.
Before presenting the money laundering schemes, let’s first take a look at banking laws that the average American citizen must follow.
The Banking Regulations That You Must Follow
There are definitive banking regulations that you, as an American, must follow. If you do not, you go to prison for a very long time.  Let’s review the draconian regulations that you you must follow, but the federal government and its agencies, such as the DEA and the State Department have no similar restrictions.
Cash Transaction Report (CTR)
Federal law requires that a bank file a report based upon any withdrawal or deposit of $10,000 or more on any single given day. The law was designed to put a damper on money laundering, sophisticated counterfeiting and other federal crimes.
To remain in compliance with the law, financial institutions must obtain personal identification, information about the transaction and the social security number of the person conducting the transaction.
Technically, there is no federal law prohibiting the use of large amounts of cash. However, a CTR must be filed in ALL cases of cash transaction regardless of the reason underlying the transaction. This means your cash transaction will be on the radar. And when the feds come knocking, it will be up to you to prove your innocence as there will be a presumption of guilt because, more than likely, your accounts will be frozen or seized by the federal government.
Structuring and Suspicious Activity Report (SAR)
There will undoubtedly be some geniuses whose math ability will tell them that all they have to do is to withdraw $9,999.99 and the bank and its protector, the federal government will be none the wiser. It is not quite that simple. Here are a few examples of structuring violations that one should be aware of:

OUT OF MIND » THE INSANITY OF REALITY » FINANCIAL COLLAPSE » Proof That the U.S. Financial System is a Criminal Enterprise Operation