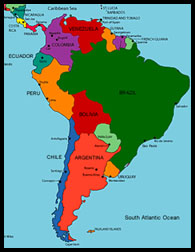 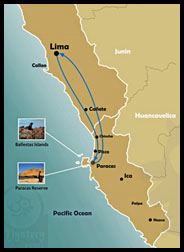 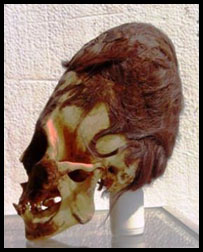 Map of South America – Map of Peru – Elongated skull found on Peru’s Paracas Peninsula
Reposted from: Sky Ships Over Cashiers
More than 300 elongated skulls – the largest ones in the world – were found in a massive graveyard on Peru’s Paracas Peninsula in 1928. While elongated skulls usually are formed by various methods of head binding, the Paracas skulls are quite different.
Several February 2014 articles report that the Paracas skulls are 60 percent heavier than normal human skulls and have 25 percent more volume.  With simple head binding neither the weight nor the volume of a skull is increase, only reshaped.
More importantly, preliminary results of DNA analysis of one of the skulls show it is not human. Below is an article about the findings by Mary-Ann Russon for International Business Times that was published on February 11, 2014. 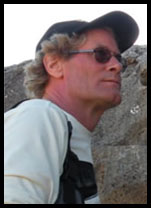 Initial DNA analysis of one of the 3,000-year-old elongated skulls found in Paracas, Peru, has revealed that they may not have been from humans but from a completely new species, according to Paracas Museum assistant director Brien Foerster (L).
Foerster, who also runs his own tour group company in Peru and has authored 11 books on ancient history, told Ancient Origins that a geneticist who tested skull samples has found that they contain mutated DNA that does not match any known genetic DNA information in GenBank, an open-access sequence database of all the known genetic data in the world.
The unidentified geneticist told Foerster: “It had mtDNA (mitochondrial DNA) with mutations unknown in any human, primate, or animal known so far. But a few fragments I was able to sequence from this sample indicate that if these mutations will hold we are dealing with a new human-like creature, very distant from Homo sapiens, Neanderthals and Denisovans.”
“I am not sure it will even fit into the known evolutionary tree,” the geneticist added.
According to Foerster, the geneticist in question, who apparently does contract work for the US government, is willing to go public, but does not want to come forward until the tests prove the theory conclusively…. 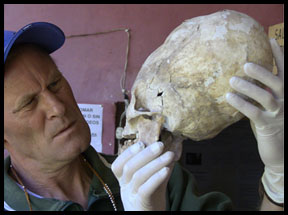 When someone from the Ancient Origins website asked Foerster if he thought the Paracus skulls might be alien, he responded:  “I’m open to the idea but the thing is I don’t want to go too far in that direction yet because we’ve only had an initial DNA result.  But due to the fact that the geneticist has found segments of DNA that don’t correspond to anything, I don’t dismiss the idea of there having been off planet intervention.”

Initial DNA analysis of Paracas elongated skull released – with incredible results
Reposted from: ancient-origins | by April Holloway
Paracas is a desert peninsula located within the Pisco Province in the Inca Region, on the south coast of Peru.  It is here were Peruvian archaeologist, Julio Tello, made an amazing discovery in 1928 – a massive and elaborate graveyard containing tombs filled with the remains of individuals with the largest elongated skulls found anywhere in the world. These have come to be known as the ‘Paracas skulls’. In total, Tello found more than 300 of these elongated skulls, which are believed to date back around 3,000 years. A DNA analysis has now been conducted on one of the skulls and expert Brien Foerster has released preliminary information regarding these enigmatic skulls.
It is well-known that most cases of skull elongation are the result of cranial deformation, head flattening, or head binding, in which the skull is intentionally deformed by applying force over a long period of time. It is usually achieved by binding the head between two pieces of wood, or binding in cloth. However, while cranial deformation changes the shape of the skull, it does not alter its volume, weight, or other features that are characteristic of a regular human skull.
The Paracas skulls, however, are different.  The cranial volume is up to 25 percent larger and 60 percent heavier than conventional human skulls, meaning they could not have been intentionally deformed through head binding/flattening. They also contain only one parietal plate, rather than two. The fact that the skulls’ features are not the result of cranial deformation means that the cause of the elongation is a mystery, and has been for decades.

An artist’s impression based on a Paracas skull. Photo credit: Marcia Moore / Ciamar Studio
Mr. Juan Navarro, owner and director of the local museum, called the Paracas History Museum, which houses a collection of 35 of the Paracas skulls, allowed the taking of samples from 5 of the skulls. The samples consisted of hair, including roots, a tooth, skull bone and skin, and this process was carefully documented via photos and video. Samples from three skulls were sent to the geneticist, although the geneticist was not given any information about what they came from until after the genetic testing, so as not to create any preconceived ideas.
The results of a DNA analysis of one of the skulls are now back, and Brien Foerster, author of more than ten books and an authority on the ancient elongated headed people of South America, has just revealed the preliminary results of the analysis. He reports on the geneticist’s findings:

It had mtDNA (mitochondrial DNA) with mutations unknown in any human, primate, or animal known so far. But a few fragments I was able to sequence from this sample indicate that if these mutations will hold we are dealing with a new human-like creature, very distant from Homo sapiens, Neanderthals and Denisovans.

The implications are of course huge. “I am not sure it will even fit into the known evolutionary tree,” the geneticist wrote. He added that if the Paracas individuals were so biologically different, they would not have been able to interbreed with humans.
The result of this analysis is only phase one of many phases of analysis due to take place.  The next tests will involve having the initial test replicated, and conducted on other skulls, so that the results can be compared to see if there are any specific Paracas characteristics. We will update when more details emerge.
Watch the video interview with Brien Foerster revealing new details about the genetic analysis.