The Public Theft of Private Assets Always Precedes An Economic Collapse and That Time Is Upon Us Tue Aug 12, 2014 2:49 pm

Admin
Posts : 108353
Join date : 2012-01-04
Location : Woodstock Nation
The Public Theft of Private Assets Always Precedes An Economic Collapse and That Time Is Upon Us 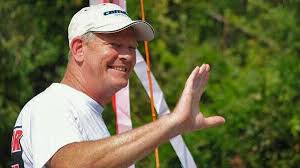 Sheriff Bill Smith
Sheriff Bill Smith in Camden County, Georgia, spent $90,000 on a Dodge Viper for the county’s Drug Awareness and Resistance Education (DARE) program. According to a sheriff’s spokesman, “the whole point of this car is to grab the kids’ attention” and by impressing kids, they would stay off of drugs. In the past two decades, Bill Smith’s department brought in over $20 million in asset forfeiture proceeds. The motive to arrest and steal assets is quite clear.
In Romulus, MI., the police chief, Michael St. Andre, spent more than $40,000 in asset forfeiture funds on marijuana, booze, and prostitutes. In many of our communities, the ones with the badges are the prostitutes. And this is not just a case of a few bad apples spoiling the whole bunch. It would be difficult to find an agency or department that is not experiencing RICO corruption.
In a clear violation of the 10th Amendment, the Federal government has made local law enforcement partners in these crimes being perpetrated against the American people through the practice of “equitable sharing agreements” between the Department of Justice and local or state law enforcement. Just like a Mafia protection racket, the Feds typically are taking 10 to 20% of all profits connected to local seizures.
Re-instituting the Fifth Amendment
In only six states does the government assume the burden of proof that establishes the fact that the person is guilty in order to confiscate all types of property.  According to the Institute for Justice, in 38 states, the burden for all forfeitures, including one’s home, falls directly upon the owner.
The simple fix to this public theft of private assets is to simply follow the Constitution in which the government, before permanently seizing assets, must first establish guilt in a court of law.
On July 28, 2014, U.S. Congressman Timothy Walberg (R-Mich.) introduced a bill intended to reform federal asset civil forfeiture laws. In the Senate, Senator Rand Paul (R-Ky.) introduced S. 2644, the FAIR (Fifth Amendment Integrity Restoration) Act, which similarly seeks to change the way the government seizes property suspected of being involved in criminal activity.
The chances of passage of these parallel bills in the House and the Senate are slim and none. The radical Marxist factions presently running the Democratic party will prevent passage in the Senate. And even if the bill passed in the Senate, does anyone have any doubt that Obama will have his veto pen ready?
Conclusion 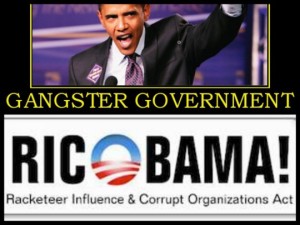 With regard to the public theft of private assets by various levels of government is merely the calm before the storm. In a future article, the unfolding plot to take your bank account, your pension, your IRA, Roth and 401K, your bank account and even your freedom will be exposed.
Meanwhile, be careful who let into your car and home. Show this article to your teenage children so they understand the financial importance of not being associated with drugs in any manner as it could literally be the cause of them becoming homeless.
For those of you over 40, did you ever think you would live in such a time in America?
Dave Hodges is the Editor and Host of The Common Sense Show.
Don't forget to follow the D.C. Clothesline on Facebook and Twitter. PLEASE help spread the word by sharing our articles on your favorite social networks.

Re: The Public Theft of Private Assets Always Precedes An Economic Collapse and That Time Is Upon Us Tue Aug 12, 2014 9:15 pm

Posts : 376
Join date : 2014-01-01
I hope the common law courts with the peoples Grand Jury explained at National Liberty Alliance will nip this sh-t at the root.

Re: The Public Theft of Private Assets Always Precedes An Economic Collapse and That Time Is Upon Us Tue Aug 12, 2014 10:30 pm

aestheticmedic wrote:I hope the common law courts with the peoples Grand Jury explained at National Liberty Alliance will nip this sh-t at the root.

ALSO DO NOT FORGET THAT GCR UNDER THE ASSETS-BACKED CURRENCY SYSTEM(UNDER BASELL3) ARE READY TO PREVENT THE MUCH RUMORED "ECONOMIC CRASH" WHICH WILL BE FOR A VERY SHORT PERIOD AND WILL NOT ADVERSELY AFFECT "WE, THE PEOPLE". IT WILL ONLY DESTROY MOST OF THE CABALS OR 13 ELITE FAMILIES`S FINANCIAL ASSETS(PAPER CURRENCIES).

» Public Notice to the World Bank of National Identity Theft
» Russian Leader Warns, "Get All Money Out Of Western Banks Now! United States are preparing for the largest theft of private wealth in modern history."
» Judge Dale (ret’d) ~ The Great American Adventure 2D: “The Reconstruction Act Usurped States Rights And Set The Stage For Theft Of America’s Wealth By Private Bankers”
» How to Flourish After Economic Collapse
» Current Economic Collapse News Brief - Episode 557