OUT OF MIND » PERCEPTUAL AWARENESS » THE SHIFT IN CONSCIOUSNESS » What is ‘The Event’?

What is ‘The Event’?

Reposted from: In5D.com | by Michelle Walling
Many people on a spiritual awakening path have been waiting for “The Event” to happen in our reality. Is it possible that this is created as an external distraction used to steer your attention away from the transformation that is occurring inside of you? Or will there really be an event that triggers a shift into another sense of reality?
The term “Event” has many uses in the metaphysical and spiritual world. In one form or another, the Event is usually referred to something that will suddenly happen that could:
-Wake up humanity with an undeniable force, allowing them to come out of their slumber
-Trigger a shift in consciousness
-Trigger a major shift in dimensions
-Trigger a shift within our DNA and perfection of the human body 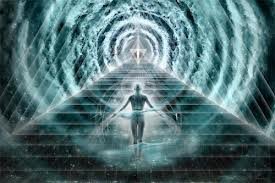 -Trigger a global financial crash and reset based on a gold backed currency
-Eliminate the veils between dimensions
-Result in first contact and disclosure with ET’s
-Cause a major natural disaster and upset life as we know it on the planet
-Result in the mass arrest of the ruling criminals that are killing people and taking away our free will
Many Events have already happened
There have been many events that have occurred that would qualify as a game changer on this planet. The following are some examples of Events that could have had an impact on humanity if they were awake enough to take action against the perpetrators:
-Exposing chemtrails
-Exposing Monsanto
-The proof of weather modification and disaster of Fukushima
-Exposing the truth of 9/11
-Exposing of fluoride through a major peer review journal
-The banking industry collapse of 2008
-All World Wars
-Evidence of UFO’s on camera and with personal testimony
-A major shift in vibrational frequency on December 21, 2012 and beyond as evidenced in the Schumann Resonance
-The overall unrest and police state of the world
Evidence is all around us of the lies that have been fed to us from media propaganda. The truth of 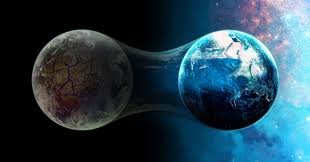 history is closer to realizing that almost everything we have been taught has been a lie, and the truth has been cleverly hidden as part of a masterful plan to take over the planet and her inhabitants. Most people are completely unaware of how they have been manipulated and the methods of keeping them in a fog are truly unbelievable. One of the Events that is supposed to happen is for Earth to shift into a vibration that is high enough to dissolve the veil of forgetfulness and allow everyone to begin to see the truth.
Those that are controlling the planet at this time are hoping that humanity will sit back and wait for a major event to occur rather than taking action.
They are also hoping that many will take action through violence and uprising. There are many ways for them to harvest negative energies from this and they have many camps waiting to haul protestors off to. Neither of these sound like the best option, and many have been waiting a very long time for an Event to occur.
What am I here to do?
Many people are looking outside of themselves for answers on how to move forward towards a better life on this planet free from domination and tyranny. No matter what will happen in our outside world to bring about a New Earth and a shift in human consciousness, everyone has work to do in preparation.
The best event that can occur for you is an internal realization of who you really are and how you can best serve humanity through the mission that you came here to do.
Related Article: The Event, Bankster Suicides And The Return Of The Anunnaki
One of the biggest obstacles in doing this is that when we came through the birth canal we forgot all of these things. We made agreements with guides in spirit to help us try to remember. Many times, unhappiness and the struggle to survive served as our wake up call. If you are reading this then you are probably one of the forerunners of the new humanity movement that will change the world. The key is in remembering that as aspiritual being having a human experience, you are more powerful than you think.
If you are not aware of your mission, the next best thing you can do to effect a major change on this planet that will tip the scales toward change is to work on yourself and to share your truth with others.
Spiritual enlightenment takes dedication, awareness, and intention. It involves raising your vibrational level and being aware of energies that need to be transmuted. It involves going within to be able to know the truth, as everyone on this planet holds Akashic records within their being that hold all answers. Everyone will have a different path of spiritual attainment but one thing is for sure: the pieces of the puzzle will begin to fall in your lap.
When you do your work, you help everyone
Another important thing to remember about doing your work is that we are tied together as a human collective consciousness. Those that do their work add high vibration to this consciousness which helps others awaken and begin to search by the “hundredth human effect” (the hundredth monkey effect as applied to humans), or the “51%” theory.
Those who awaken and fall into spiritual laziness need to be reminded of their responsibility to the 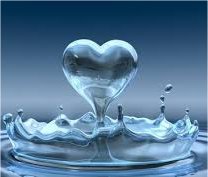 star nations that they may have come here to represent, especially if their mission is one that requires action. Action may be using their special talents and gifts in service to others, or some people do their work simply by staying in the present moment by the action of spreading love and happiness. Action can also involve being in  relationship to another to serve as a mirror to help another see what it is about them that does not vibrate at a balanced level. Soul contracts will have been made that will allow these roles to be played out. The latter is hard to do if a person shuts all of the shutters and hides behind closed doors.
Playing detective
The varied jobs in spiritual awakening and responsibilities vary as much as the races of beings on the planet. Sometimes it can be helpful to get help from an oracle or psychic who can tie into your Akashic records or speak to your guides to give you some kind of direction in figuring out your highest path. However, the very best way you can get this information is by listening to yourself. Many people are gifted with the ability to just know how to rely on intuition and to trust an idea as it comes into their head that may give them the answers as to why they are here. Other ways of gaining clues are visiting spirit guides in meditation, dream interpretation, or paying attention to synchronistic events.
Many say we are undeniably close to a major event such as a global financial collapse or a major disclosure about extraterrestrials. May it be so, but perhaps the event can be triggered by loving yourself and treating each other as you would want to be treated. Do things that bring joy into your life and try to pull yourself out of negative situations and thoughts. Positive intentions for change are more powerful than the greed and money that controls us, and will be what triggers any event that could change our world.
Share this:

OUT OF MIND » PERCEPTUAL AWARENESS » THE SHIFT IN CONSCIOUSNESS » What is ‘The Event’?