Facts about fluoride every family should know

Concern over safe drinking water is nothing new. But the fact that fluoride – a known neurotoxin – has been added to municipal water supplies across North America and around the world since the 1960s is often overlooked.

The reason for the apathy is that water is purposefully fluoridated, the only time a substance is added to municipal water supplies for medicinal purposes. Yet, evidence is lacking to support the widely held assumption that its benefits in preventing tooth decay outweigh the health risks associated with its toxicity. In fact, fluoride consumption can actually cause dental fluorosis and neurological disorders. 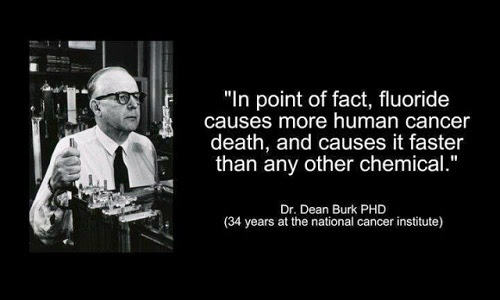 ”Based on data from the National Academy of Sciences, current levels of fluoride exposure in drinking water may cause arthritis in a substantial portion of the population long before they reach old age” – Dr. Robert Carton, former EPA Scientist

”In Harlem, NY, which has been fluoridated for 32 years, “There’s more dental decay among these kids; we see the beginning of inflamed gingivitis in their mouths.” – American Dental Association, May 2000

Despite FDA warnings added to the labels, fluoride continues to be routinely added to toothpaste and other hygiene products – as crazy as that sounds. I wonder how U.S. public health officials sleep at night – knowing this toxic substance is poisoning the water supply.

Over the last couple of decades, many countries, and a few cities in the United States, have begun rethinking the practice of adding this highly toxic substance to water supplies – and for good reason. About 97 percent of western Europe has now stopped the process of water fluoridation.

Fluoride’s acute toxicity is well known. There is scientific evidence of humans suffering debilitating bone disease in parts of Asia, for example, due to extremely high levels of fluoride in drinking water supplies.

At acute levels, fluoride is known to be more toxic than lead and only slightly less dangerous than arsenic. It has been used in pesticides and rodenticides, while over-ingestion of dental products containing fluoride can cause serious poisoning and even death.

Editor’s note: Want to learn more about the ‘dangers of fluoride’? Watch the documentary: Fluoridegate – An American Tragedy by my good friend, Dr. David Kennedy. It’s a real eye-opener and it’s free!

The bigger issue up for debate has been fluoride’s chronic toxicity and whether exposure to fluoride at levels perceived to be safe can actually cause adverse effects over time. With about 75 percent of America’s water systems adding fluoride to the recommended level of 0.7 parts per million (PPM), the question is a critical one for families across the country.

American University chemistry professor Dr. William Hirzy has stated that given the crippling effect acute doses of fluoride can have on bones, it would be a “biological miracle” not to see harm occur before acute reactions.

How can we reduce our toxic burden?

There are a number of steps you can take to protect your household from the potential harm of fluoride.

First, learn whether your water source contains fluoride. If you live in a rural area with well water, your water isn’t fluoridated. Otherwise, contact your local municipality or health department to ask if your city participates in a fluoridation program.

Second, if you find that fluoride is added to your water, invest in a water purification system for your home. Be sure to select a system geared toward fluoride removal and ensure that you have a filtration system installed in all bathrooms as well, including showers and tubs. Or, if possible, locate a clean source of spring water and start drinking only this kind of living water. The rewards will be worth the effort.

Take any additional precautions necessary. If you continue to use dental products containing fluoride, try to avoid them – especially when you consider the variety of safe alternatives available today like neem and other essential oils. And, of course, for all those parents out there – beware of fluoridated water in baby formulas.