Bill Gates oral polio vaccine cripples 47,500 children
2
15 May 2012bill gates, health, polio, vaccine, who by Jacque Fresco
With the Polio vaccine being the New World Orders’ go-to weapon of choice since it has done so well over the years. Staring back in the early 1950’s when the United States launched its first assault on the unsuspecting public. Infecting over 100 million American with the SV40 cancer virus, the Polio Vaccine is one of the eugenicists’ favorite weapons in its quest to kill, control or incarcerate the entire globe.

Today with Bill and Melinda Gates leading the charge of the “vaccinate the planet” campaign we have seen everything from genetically modified mosquitoes that carry yellow fever to genetically modified goats that lactate vaccine compounds in their milk. Now they are back at it with a more powerful version of the polio vaccine that is orally transmitted it is called; live oral polio virus vaccine (OPV). This is the same live oral polio virus that was banned in the United States and Canada after multiple cases of infection started popping up. The Salem News reports that the virus used has twice the strength of the original vaccine and reported the number of cases of paralysis; “In 2011 there were an extra 47500 new cases of NPAFP [non-polio acute flaccid paralysis]. Clinically indistinguishable from polio paralysis but twice as deadly, the incidence of NPAFP was directly proportional to doses of oral polio received. Through this data was collected within the polio surveillance system, it was not investigated.”

The Center for Disease Control & Prevention states that from 1980-1999 of the 162 reported cases of Paralytic Polio 154 of them were vaccine-associated paralytic polio (VAPP) directly linked to the oral polio vaccine. You would never know this reading through the government CIA controlled medias blitzkrieg on the Amish community. Whenever you hear about an outbreak you would think that the whole town was quarantined but in reality an outbreak can be as little as 4 people. Take for instance the polio outbreak in Minnesota during August of 2005. The media attacks the Amish while never reporting the infection had spread from a vaccinated child to an immune-compromised unvaccinated child that was in the same nursing ward. When children receive an oral dose of the polio virus it stays in their system and show up in their feces for up to 2 months after injections.

Rest assured that the New World Order is on track with a new 47,500 customers for the Military Industrial Pharmaceutical Media Educational Complex Polio Division. To learn more about how the eugenicists are using vaccines to reduce population while maiming and mentally injuring anyone in their way. 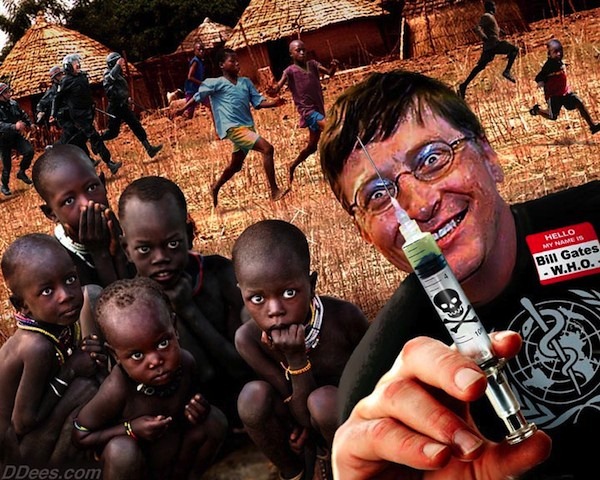