OUT OF MIND » PERCEPTUAL AWARENESS ~ WELCOME TO WOOVILLE » THE SHIFT IN CONSCIOUSNESS » Scientific Evidence for Telepathy: That Settles it: Here’s Over a Hundred Peer-Reviewed Journals on Telepathy, PSI and ESP!

Scientific Evidence for Telepathy: That Settles it: Here’s Over a Hundred Peer-Reviewed Journals on Telepathy, PSI and ESP!

Scientific Evidence for Telepathy: That Settles it: Here’s Over a Hundred Peer-Reviewed Journals on Telepathy, PSI and ESP! Thu Sep 11, 2014 3:33 pm

Herein is contained a list of scientific evidence for Telepathy; which in our mainstream lives we are encouraged to view as crazy. This aspect of ourselves is often normalized within our everyday life as mere coincidence, but the truth is, we are constantly sending and receiving data telepathically. This is not very well understood by Modern Science because of major biases about the nature of Space and Time preventing a complete understanding from forming; false assumptions.
We are presently working on a major post on this blog which will shed some light on these false assumptions and reveal a theory which not only corrects the errors but proposes Telepathy is perfectly natural for nearly all intelligent Life.
Here are a few key points: Reciprocal Systems Theory tells us that space and time are related reciprocally and our minds seem to operate within what RS theorists call the Cosmic Sector, which has three dimensions of time and one dimension of space. Our bodies and the physical actions are within the Material Sector wherein three dimensions of space and one dimension of time operate. Once this new perspective is understood fully, it becomes a natural consequence that as intelligent life becomes more coherent we can tap into the Cosmic Sector to express all sorts of paranormal phenomena.
A huge thank you to the folks over at Spirit Science. Quite the list of peer reviewed work.
- Julian
Source – The Spirit Science


Often while working on Spirit Science I see a lot of critics that are fond of saying that there is no scientific evidence for any of the things we’re talking about. In particular, episode 1 of Spirit Science is a discussion about Thoughts and the interconnected field of thought-waves that is constantly moving through us, from person to person, constantly.
I’ve seen many wave their fist in the air and shout, “Show me the evidence!”.  In less dramatic cases a student might be genuinely curious and open-minded, but unsure where to begin to find reliable evidence about psi & telepathy. Google knows all and sees all, but it doesn’t know how to interpret or evaluate what it knows (at least not yet). 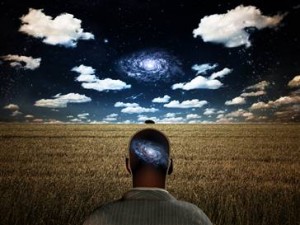 In the past, my response to the “show me”challenge has been to encourage the interested party to check out a variety of different sources and subjects. Whether it’s giving the titles of a few books to read, point to the bibliographies in those books, and advise the person to do their homework.
I still think that this is the best approach for a beginner tackling a complex topic. If you want to learn something, stop at nothing to learn it: and learn it well. But given the growing expectation that information on virtually any topic ought to be available online within 60 seconds, traditional methods of scholarship are disappearing fast.
So I’ve found a page on the Noetics Institue Website all about PSI and Telepathy, and I’ve assembled the list here for you to delve into. What you’ll find amongst all of these papers is astounding, and there are literally PDF’s all over the place for you to check out and download, all related to PSI and PSI-Related topics.
They are all published in peer-reviewed journals. Most of these papers were published after the year 2000. Most report experimental studies or meta-analyses of classes of experiments.
The term psi denotes anomalous processes of information or energy transfer, processes such as telepathy or other forms of extrasensory perception that are currently unexplained in terms of known physical or biological mechanisms. The term is purely descriptive: It neither implies that such anomalous phenomena are paranormal nor connotes anything about their underlying mechanisms.
(Daryl Bem and Charles Honorton in Psychological Bulletin, 1994)

Healing at a Distance

Physiological Correlations at a Distance

Radin (1997). The Conscious Universe: The Scientific Truth of Psychic Phenomena
Radin (2006). Entangled Minds: Extrasensory Experiences in a Quantum Reality
Irwin & Watt (2007). An Introduction to Parapsychology
Mayer (2008). Extraordinary Knowing: Science, Skepticism, and the Inexplicable Powers of the Human Mind
Kelly et al (2009). Irreducible Mind: Toward a Psychology for the 21st Century
Tart (2009). The End of Materialism: How Evidence of the Paranormal Is Bringing Science and Spirit Together
Carter (2010). Science and the Near-Death Experience: How Consciousness Survives Death
Van Lommel (2011). Consciousness Beyond Life: The Science of the Near-Death Experience
Alexander (2012). Proof of Heaven: A Neurosurgeon’s Journey into the Afterlife
Carpenter (2012). First Sight: ESP and Parapsychology in Everyday Life
Carter (2012). Science and Psychic Phenomena: The Fall of the House of Skeptics
Targ (2012). The Reality of ESP: A Physicist’s Proof of Psychic Abilities
Radin (2013). Supernormal: Science, Yoga, and the Evidence for Extraordinary Psychic Abilities

OUT OF MIND » PERCEPTUAL AWARENESS ~ WELCOME TO WOOVILLE » THE SHIFT IN CONSCIOUSNESS » Scientific Evidence for Telepathy: That Settles it: Here’s Over a Hundred Peer-Reviewed Journals on Telepathy, PSI and ESP!