OUT OF MIND » PERCEPTUAL AWARENESS » THE SHIFT IN CONSCIOUSNESS » YELLOW ROSE FOR TEXAS : LISTEN NOW FOR COMFORT 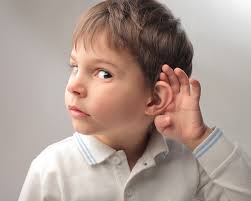 .
So things are in some ways coming in more easily…messages from the Alliance. You personally can talk with your mind to them right now. Just ‘listen’ ….the answer to the question you direct at them will enter your mind almost before the question is completed. It sounds like your own thoughts but it is faster than the question you direct at them…that is your clue. Dont ‘invite’ conversation with any other entity though.
These are telepaths. And they are directly above you now, waiting.
You can also talk to father that way. He answers as well. And it does sound like your own mind answering..because as Energy ..he is flowing through everyone and everything right now. That is causing the high vibration rate…the reps/owl cant take the high frequencies.
But, he is answering. If you are having trouble now..it is because of the implants, seeds, and stuff like that. However, we have already won the War. And in Infinity, we are Living in the Creation and everyone is alive, well and happy. So have confidence. It is Almost to the End. Remember time is fluid, and that this is a construct. So don’t name a time or date here, but KNOW that in the Creation when this happens…it WAS ….MAY
And I say Was, because according to Above, it has already happened within the Infinity..and the future people say it was May, when the Time of the Gathering occurred.
We’ve all endured to see this happen, even the people who don’t believe any of this*grin* Wont they be surprised!? Everyone will be told the truth. Then the Gathering occurs. Then the Families split up…and some go some where they choose to continue the incarnations under the veil. Some return to their homeworlds, and not under the veil. Set’s family goes with Set. At least those that they laid claim to that chose to do service to self, and SET. There are Dragons and Reptiles, dolphin, etc. who choose to return to Eve, their mother. They are not service to self, but others. And they are now living freely on a world that is really beautiful. I went to check it out after dads favorite chemist mentioned it. We may visit them, and they may visit us..there is no war between our friendships now.
.

.
So if you are having trouble. Just remember. “It is already Done”. Live every day as a day of Love
They’ve given us a view that is incorrect…on how things work. You do not judge yourself…there is a ‘judgment’ and this is what the ‘Great Lawgiver’ is a part of. After all think about it. Service to Self Creates Sociopaths. Sociopaths have no conscience…therefore they would never punish themselves. They would cheat their way into Heaven if they could do that!
You do not create Reality. Father Creates the Creation…Worlds. We are moved to locations by our Vibration though…like to like. For comfort:) And you can manifest into reality those things that you need. Not really the same thing as ‘creating your own reality’. That was a deception they played….
No, good is never bad for another…evil is parasitic and must have a host, good, to feed on, it can not survive with out it. Good can stand alone, it does not require evil to exist.
They gave the idea of ‘duality’, which is correct, male to female. But attached ‘evil’ as the other side…that isn’t correct. We have duality, but we are not ‘evil’.
.

.
You have to have Empathy to gain power. It is not allowed for those who are negative. All ‘inventions’ of the mechanical nature, and so forth..all the way UP…it translate to those who gain ‘powers’ or ‘knowledge’ must first be of Love which is the key to power. What the Owl did here, was cheat. And gave it to those they controlled. But even the Owl doesn’t have omnipotent powers. In fact, in reality….it is only because they stripped ours completely that they have any power over us at all. They cant compare with our power…Man is capable of Love. Sociopaths are not.
No we don’t manifest inside the dream to this place. There are certain ‘laws’ in place here. Your power and your Free Will come from physically being here on the inside …within an incarnate. That gives you the Right to alter our World. By ‘law’ they were not allowed to alter it without our express request…and that was the War for you! No laws obeyed.
.
YELLOW ROSE FOR TEXAS

OUT OF MIND » PERCEPTUAL AWARENESS » THE SHIFT IN CONSCIOUSNESS » YELLOW ROSE FOR TEXAS : LISTEN NOW FOR COMFORT