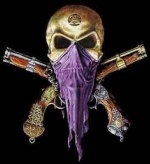 On Sept. 30, statistician and economist Dr. Jim Willie was a guest on the Caravan to Midnight radio show to talk about current financial, economic, and geo-political events. During his three hour interview, Dr. Willie stated that one of the purposes behind China‘s creation of the new Shanghai gold exchange is to eventually take over global price controls for the monetary metal away from the Comex, and then force a global currency reset by raising the price of gold to its true or actual value.

The way this will come about in the near future according to Dr. Willie, is that China will demand physical delivery on their massive number of gold contracts they currently hold in the U.S. futures market (Comex). And based upon supply details for the Comex over the past two years, America’s primary gold exchange no longer settles their contracts through the delivery of physical gold, but instead settles in cash payments or through the hedging of gold using derivatives. Subsequently, once this failure to deliver takes place, then China, through the Shanghai gold exchange, will become the default market for price discovery, and at that point will re-adjust gold to its true value, instantly causing massive chaos in the fiat currency markets and leaving the world little alternative but to implement a complete currency reset.

Dr. Jim Willie: When we get this next global currency reset, it’s going to be a complete reset. It apparently will happen predominantly in the gold world. They are going to change the price of gold, and jam it down the U.S.’s throat.Take a look at the Comex. Since the middle of 2012 or so, they’ve been forcing gold contracts to settle not in metal, but in cash. And if you don’t like it, they’ll ban you from the Comex. There’s been very little if any settlement of gold futures contracts for two years in gold metal. They’re not a gold market anymore, they’re a derivative market for gold instruments.

So, in late September… about a week ago, Shanghai started offering a gold and futures contract, and they’re settling in metal. And this is rabidly threatening the United States and London. And interestingly, you will notice shortly after this new exchange opened there are now uprisings in Hong Kong.

But this is the final phase… the end game of the next reset. They are going to do this in Shanghai and with their global gold contracts, with the real big event that’s going to create mass disruptions in the currency markets. And those disruptions will be from the Asians declaring what the gold price is, and with the Asians delivering and supplying physical metals at that gold price. – Caravan to Midnight, Sept. 30

Several economic analysts, including John Williams, Peter Schiff, Dr. Paul Craig Roberts, and Gerald Celente all gave predictions earlier this year that a globalcurrency reset event was going to take place in 2014, with most believing it would come before the end of summer. However, with the U.S. not on board with the rest of the world, and instead seeking military conflicts to delay the end of the petro-dollar system, both Russia and China have had to accelerate their efforts to create infrastructures that will allow a more fluid transition for global trade once a currency reset actually takes place.

Over the past several weeks, the dollar has grown in strength at the same time the rest of the world’s currencies have been collapsing. And because of this, global accumulation of physical gold at depressed levels is running at or near historic highs in an attempt to hedge sovereign currencies that have run out of muster from years of low interest rates and slow money velocities. And as several global financial indicators begin to reach a nexus, and threaten once again to bring the world into another economic crisis, China is recognizing that physical gold is the ultimate catalyst to force an end to the domination of purely fiat finance, and that by revaluing gold to its rightful price will have the effect of both protecting their own currency, and wresting financial control away from the West and the system of dollar hegemony.