OUT OF MIND » THE INSANITY OF REALITY » GOVERNMENTS & THE NEW WORLD ORDER » Using Veterans for Fraud: When an Advocate is the Enemy

Using Veterans for Fraud: When an Advocate is the Enemy 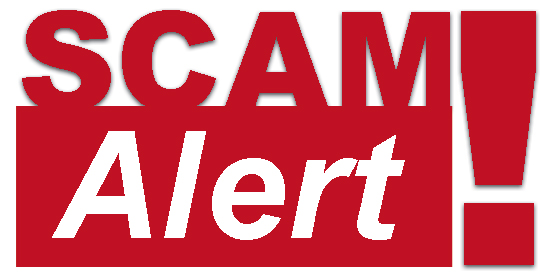 Tampa, FL – One of the most difficult things veterans with PTS deal with is Trust. We struggle to trust even those who we care about. Learning to trust others takes enormous effort and time…lots of time. For civilians, trusting people with your money is equally risky. When you choose to support charities, you do the research but in the end, it is the “smell test”…that good feeling you get when you believe you have made a good choice. When veterans are the focus of the charity, it is almost guaranteed that people will trust the charity ~ this can be beneficial to both the charity and the veterans they serve. It can be a recipe for disaster when the motives of the charity are self-serving.
Less than a year ago, many will recall the actions of “Bobby Thompson.” “Thompson was convicted Nov. 14 of racketeering, theft, money laundering and 12 counts of identity theft… (he was) convicted of running a charity scam that stole millions of dollars intended for Navy veterans…”
The outrage in the veteran community was palpable. Charities and veterans advocates across the nation suffered downturns in donations as a result. We all were a little more jaded and cautious when donating or offering assistance to Veterans in need.
Several weeks ago, VeteranWarriors was contacted by an agent of a Federal law enforcement agency, investigating the actions of the leadership of a national non-profit organization called, “Military with PTSD” (MWPTSD). We cooperated with the agent, answered questions to the best of our ability and thought the matter was concluded. Shortly afterward, a “Whistleblower” (former employee of MWPTSD) contacted us as well.
This person had worked for MWPTSD for 3 ½ years and had accumulated a large body of “evidence” of fraud and unethical actions by the leadership of MWPTSD, in the name of wounded Veterans suffering from PTS and their families. We have been given copies of the “evidence” and have reviewed it carefully before making this decision.
VeteranWarriors had a brief working relationship with the leaders of MWPTSD, solely for the purposes of an isolated project. These recent revelations have proven that to be ill-conceived. Effective immediately, VeteranWarriors has no affiliation or association with MWPTSD, its officers, agents or employees.
While it is not our place to pass legal judgment on the actions of others, VeteranWarriors believes that our nation’s heroes deserve only the most honorable, truthful and transparent actions we advocates can provide and that it is our duty to hold ourselves and those we work with to those standards.
Additional Evidence:
Holly Wood Conversation with Mona
Steve Johnson
Todd Bee
Holly Wood
Chris Shipp
Bobby Atkins aka Robert Blume
Thomas Smith
Justin Hartig
PTSD Spouse
Grimm Howard
The Blitzins Profiles
Shawn and Justin
To schedule an interview with Lauren Price, Founder of VeteranWarriors or other VeteranWarriors experts, please email veteranwarriors@yahoo.com. For other media inquiries, contact Lauren Price at veteranwarriors@yahoo.com or 727.247.8141
VeteranWarriors LLC is a non-partisan organization which advocates for policy changes that will bring about real reform to the Department of Veterans Affairs.
Founder and Public Affairs Representative for Veteran Warriors- YN1 Lauren Price is a now retired from the U.S. Navy. She had long civilian career in the legal community prior to enlisting in the Navy. After serving at a shore command, Lauren deployed to Iraq and served both as the Battalion Public Affairs Officer and the Lead Convoy Driver. Lauren is 100% disabled from injuries and an illness she contracted in Iraq. She is a mother of 3 sons and 2 stepsons. Her three eldest sons are all veterans. She has 4 grandchildren and is blissfully married to MMCS/SS Jim Price. Follow Lauren’s Veteran Warriors on Facebook.
Courtesy of Freedom Outpost.

OUT OF MIND » THE INSANITY OF REALITY » GOVERNMENTS & THE NEW WORLD ORDER » Using Veterans for Fraud: When an Advocate is the Enemy

» David Icke - The advocate of the reptilian conspiracy
» The Persecution of Cannabis Advocate Roger Christie in Hawaii
» Obama appoints UFO Disclosure Advocate into Administration: Signs of something to come?
» Iran Is Not Our Enemy
» EXPOSED Federal Reserve Doc: Go from paper homeowner instruments to electronic. Foreclosure fraud? What fraud?