Rate This
From: telegraph.co.uk 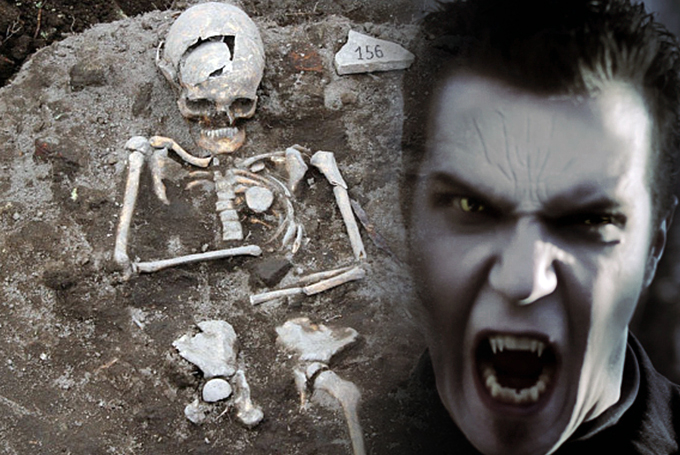 A “vampire grave” containing a skeleton with a stake driven through its chest has been unearthed by a man known as “Bulgaria’s Indiana Jones”.
Professor Nikolai Ovcharov – a crusading archaeologist who has dedicated his life to unearthing mysteries of ancient civilisations – said that he had made the discovery while excavating the ruins of Perperikon, an ancient Thracian city located in southern Bulgaria, close to the border with Greece.
The city, inhabited since 5,000 BC but only discovered 20 years ago, is believed to be the site of the Temple of Dionysius – the Greek God of wine and fertility. And among the finds at the site, which includes a hilltop citadel, a fortress and a sanctuary, are a series of “vampire graves”.
On Thursday Professor Ovcharov announced that he had found a remarkably-preserved Medieval skeleton at the site in what he termed “a vampire grave”.
“We have no doubts that once again we’re seeing an anti-vampire ritual being carried out,” said Professor Ovcharov. He explained that the metal was driven through the corpse to stop a “bad” person from rising from the dead and terrorising the living. 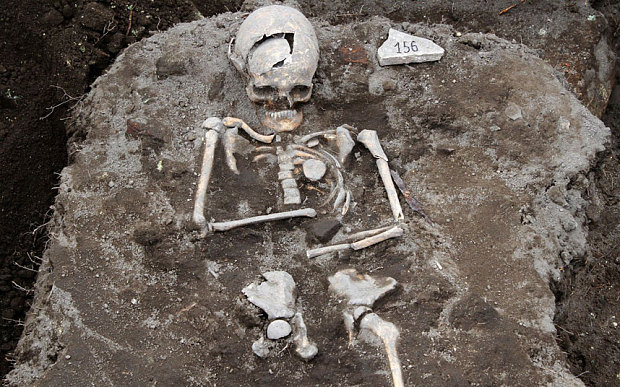 The skelton with an iron spike through the chest, which was supposed to stop the dead rising
“Often they were applied to people who had died in unusual circumstances – such as suicide.”
The skeleton, thought to be of a man aged between 40 and 50, had a heavy piece of ploughshare – an iron rod, used in a plough – hammered through its chest. The left leg below the knee had also been removed and left beside the skeleton. 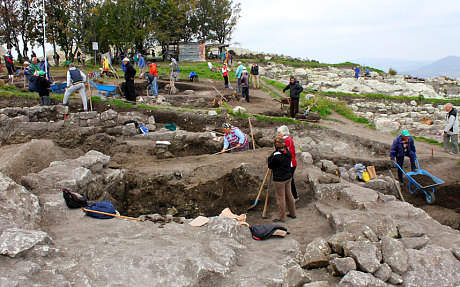 The dig near the Thracian temple of Perperikon (Rex)
“The ploughshare weighs almost two pounds and is dug into the body into a broken shoulder bone. You can clearly see how the collarbone has literally popped out.”
He added that he thought the grave dated back to the first half of the 13th Century.
Professor Ovcharov also discovered the remains of woman and a young child, laid out to create an image of the Virgin Mary and child. He said that this was done in an attempt to ward off the plague, which had started to ravage Medieval populations.
The find is the third such discovery in Bulgaria, and bears a strong similarity to two previous graves discovered in 2012 and 2013 in the Bulgarian seaside town of Sozopol, 200 miles to the east of Perperikon, which were nicknamed “the twin vampires of Sozopol”.
According to Bozhidar Dimitrov, who runs the National History Museum in Sofia, about 100 such skeletons have been uncovered in Bulgaria.
Source: telegraph.co.uk
http://redicecreations.com/article.php?id=31888