Professor: Aluminum in Food, Cosmetics and Medicine Is Poisoning Our Brains And Causing Alzheimer's Disease

Aluminum builds up in the brain, eventually causing contamination that may cause Alzheimer's disease, Professor Christopher Exley, of Keele University has argued.

The metal compound is found in most processed foods, tea, wine, fizzy drinks, cosmetics, vaccines and drugs like aspirin.

As with the other elements, aluminum is absorbed and accumulated in the body, and has been linked to serious illnesses including osteoporosis, extreme nervousness, anemia, headache, decreased liver and kidney function, forgetfulness, speech disturbances and memory loss. 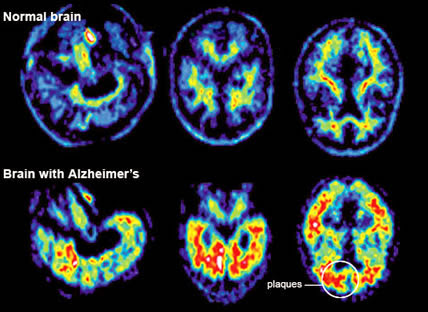 People who have died from Alzheimer’s disease have been found to have up to four times the average amount of aluminum accumulated in the brain’s nerve cells.

Aluminum has been a specific topic of interest in the last decade especially regarding vaccines. Vaccines containing aluminum increase their toxicity. Aluminum at levels present in vaccines increases the toxicity of thimerosal, which is ~49.6% ethylmercury by weight. Thus when an infant, toddler, or pregnant woman is injected with a vaccine or a combination of vaccines containing aluminum compounds and thimerosal, the likelihood of adverse effects is increased.

Professor Exley said the very fact that studies have revealed aluminum deposits in the brain should serve as a warning that we are being contaminated.

One study suggested that Alzheimer’s disease may contribute to close to as many deaths in the United States as heart disease or cancer. That research was published in Neurology.

He said: 'The presence of aluminum in the human brain should be a red flag alerting us all to the potential dangers of the aluminum age.

Some research indicates the disease is more common in regions where levels of aluminum in drinking water are highest.

'We are all accumulating a known neurotoxin in our brain from our conception to our death.

'Why do we treat this inevitability with almost total complacency?'

His latest report builds on his previous work, in which he suggested there was a link between the aluminum found in deodorants and cancer.

Aluminum is the most abundant metal in the earth's crust, and is naturally found in food because plants absorb it from water and the soil.

While 50 years ago we may have ingested small amounts of aluminum from vegetables and the pots they were cooked in, today it is added to almost everything we consume.

Aluminum sulphate is added to water to make it more clear, and it is added to cakes and biscuits as a raising agent.

Cosmetics, talcs, toothpaste, suncream and antiperspirants contain aluminum, as well as drugs such as aspirin, antacids and vaccines.

The body excretes aluminum, but if more is ingested than the body can excrete, it is deposited in the bone, brain, liver, heart, spleen, and muscle.

Professor Exley argues the human brain is both 'a target and a sink for aluminum' when it enters the body.

At some point, the aluminum accumulated in the brain will reach a 'toxic threshold' and the affected area of the brain will not be able to cope, he said.

If the same part of the brain is suffering from other conditions, then reacting to the presence of aluminum will make the condition worse, he added.

He concluded that aluminum could fuel early onset on Alzheimer's, a condition affecting memory, and make the disease worse.

He said: 'In this way aluminum may cause a particular condition to be more aggressive and perhaps to have an earlier onset - such occurrences have already been shown in Alzheimer's disease related to environmental and occupational exposure to aluminum.'

Reducing exposure to aluminum and removing it from the body could prevent Alzheimer's disease, and further tests should be carried out to test the link, he concluded.

His report was published in the journal Frontiers in Neurology.

Patients with Alzheimer's disease may also benefit by taking an antioxidant called N-acetylcysteine (NAC) according to one study. Dr. John C. Adair of the University of New Mexico in Albuquerque and colleagues hypothesized that the antioxidant NAC could counteract that damage and improve patients' function.

There are a growing number of Clinicians and Scientists who are convinced that heavy metals play a critical role in the development of several neurological disorders, including Alzheimer's. Metal toxicants entering the part of the brain that deals with stress and panic have been linked to the disease.

Data from France suggests people with higher intakes of vitamin D may be at a lower risk of developing Alzheimer's disease. The highest average intakes of the sunshine vitamin were associated with a 77% decrease in the risk of Alzheimer's, report researchers in the The Journal of Gerontology: Medical Science.

Any action plan can’t just involve drugs -- that is imperative to have large-scale clinical trials of ways to cut your risk of developing Alzheimer’s with improved diet and lifestyle.

The heart-healthy benefits of the so-called Mediterranean diet are well known, but new research suggests the eating plan may reduce the risk of Alzheimer's disease, too.

Re: Professor: Aluminum in Food, Cosmetics and Medicine Is Poisoning Our Brains And Causing Alzheimer's Disease Fri Oct 17, 2014 5:08 pm

Posts : 376
Join date : 2014-01-01
Be sure and forget the low cholesterol diet and those cholesterol meds to keep your cholesterol down, we need cholesterol, one form of it is cholesterol sulfate which acts as our natural chealtor pulling those heavy metals out.

Re: Professor: Aluminum in Food, Cosmetics and Medicine Is Poisoning Our Brains And Causing Alzheimer's Disease Fri Oct 17, 2014 5:10 pm

Re: Professor: Aluminum in Food, Cosmetics and Medicine Is Poisoning Our Brains And Causing Alzheimer's Disease Fri Oct 17, 2014 5:33 pm