by The Alternative Daily

Over 5 million Americans suffer from Alzheimer’s disease, with numbers expected to skyrocket as high as 14 million by the year 2050, according to the Centers for Disease Control and Prevention. Alzheimers is the 6th leading cause of death in our country.

There are no pharmaceutical options available to treat, halt or reverse the symptoms of Alzheimer’s disease. Drugs being created now are made to reduce the amyloid plaques, made from a protein called Amyloid B (AB) that build up on the brain. These are a trademark of the disease.

While scientists work overtime to try to find insights into this debilitating disease, there actually do exist some naturally occurring compounds that appear to hold promise for halting the progression of amyloid plaques. 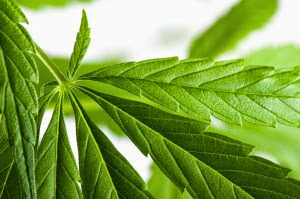 Not long ago, we featured an article on one of these substances: coconut oil. Here is an excerpt from that article:

Mary Newport, MD, has had some up close and highly personal experience with dementia and Alzheimer’s. When her 53 year old husband started showing signs of progressive dementia, which was later diagnosed as Alzheimer’s, she took action.

He began taking Alzheimer’s drugs such as Namenda, Exelon and Aricept – however, his disease continued to worsen. It was not until Dr. Newport tried to get her husband into a drug trial for a new Alzheimer’s drug that she started to research Alzheimer’s triggers.

Her research led her to the discovery that some brain cells may have a difficult time using glucose – the brain’s main source of energy. Without this fuel, neurons begin to die. An alternative energy source for brain cells is fats, known as ketones. When the body is deprived of carbohydrates, it naturally produces ketones.

The hard part is that most people can’t cut carbohydrates out of the body altogether, and in many respects this can be unhealthy. So another way to produce ketones is by consuming oils made from medium-chain triglycerides. MCT is an oil that is made from coconut and palm oil.

The drug which was being used in the drug trial was just MCT oil at a dose of 20 grams. When MCT oil is metabolized, ketones, which are created by the body, not only protect against Alzheimer’s but may also reverse the symptoms. This is also a potential treatment for Parkinson’s, Huntington’s, type 2 diabetes and multiple and amyotrophic lateral sclerosis.

Mr. Newport began to take coconut oil twice a day at a point where he could not even remember how to draw a clock. Two weeks after adding coconut oil to his diet his drawing ability improved. After a little over a month, the drawing had more clarity. It appeared as though the oil was lifting the fog.

After sixty days, he was alert, talkative and happy. He had more focus and concentration and was able to stay on task. He kept taking the same amount of coconut oil each day and the dementia continued to reverse.

He was able to run again, and his reading comprehension improved dramatically. Over time, his short-term memory returned, and he was able to talk about past events with clarity. When he had a brain scan, the atrophy that had once been present was halted.”

FACT: We know that Alzheimer’s drugs have failed. We know that a drug company put a non-patentable natural substance (MCT) through an FDA trial, and it worked, so they manufactured a drug. However, it has now been discovered that a natural substance, coconut oil can be substituted for this expensive drug.

Another, although controversial, natural substance, cannabis, has been the subject of a number of scientific studies for some time. So far, 23 states have legalized the use of medicinal marijuana for a number of conditions, as the therapeutic value of this plant becomes more recognized and accepted.

There are over 20,000 published reviews and studies in scientific literature that pertain to the cannabis plant and its cannabinoids; almost one-third of these have been published in the last 4 years. A keyword search on PubMed Central (the US government library of peer-reviewed scientific research) shows 2,100 studies alone since 2011.

Ray Cavanaugh, PhD, National Director of the American Alliance for Medical Cannabis (AAMC), wrote the following in a 2002 article titled “The Plight of the Chronically Ill,” posted on the AAMC website:

“Many of the chronically ill have successfully sought relief with the use of medical cannabis, an age-old remedy that now shows real scientific efficacy. Hundreds of thousands of the sick have replaced disabling narcotics and other psychotropic medications with nontoxic and benign cannabis. The anecdotal evidence is overwhelming. Folks with spinal injuries able to give up their walkers, AIDS patients able to gain weight and keep their medications down, cancer patients finding relief from the terrible nausea of chemotherapy, chronic pain patients once again functional with their consciousness restored from narcotic lethargy, and folks once disabled from crippling psychiatric disorders and addictions, returned to sanity and society with the assistance of a nontoxic herb with remarkable healing powers.”

Scientists continue to study the effectiveness of cannabinoids all over the world. In Germany there have been over 37 controlled studies, with over 2,500 subjects, assessing the safety and efficacy of marijuana, since 2005. In contrast, most FDA-approved drugs go through far fewer trials with less subjects, but are still approved for use.

Researchers from the University of South Florida recently revealed exciting findings in the Journal of Alzheimers Disease. According to their study results, delta-9-tetrahydrocannabinol (THC), found in cannabis, may reduce the production of amyloid beta and keep abnormal accumulation of this protein at bay, when administered in low doses. Amyloid beta is found in a soluble form in most aging brains, and heavy accumulation appears to be a hallmark of the memory-robbing disease called Alzheimer’s.

Study leaders call THC a “natural and relatively safe amyloid inhibitor,” noting that it can play a vital role in slowing or even curing Alzheimer’s. Not only did researchers find it to be an important amyloid inhibitor, but also noted how low doses of THC, a powerful antioxidant, can improve mitochondrial function, thereby improving energy supply, signal transmission and the overall maintenance of a healthy brain.

For now, the research on cannabis has shifted from studying its ability to alleviate symptoms of disease, such as nausea associated with chemotherapy, to its potential role in modifying disease.

Not only has medical marijuana been shown to slow the onset of Alzheimer’s disease, it has also been found to help moderate autoimmune disorders including multiple sclerosis, inflammatory bowel disease and rheumatoid arthritis.

Yes, there is power in natural substances, there is no way to deny this. Mother Nature has provided us with an abundance of substances that can be utilized to achieve optimal, disease-free, healthy living. It pays to have an open mind, do your own research and… be amazed!