The Philae Probe Lands, Truth Behind The Mission Leaks Out

Many today have been celebrating the landing of the Philae probe on a comet.  News agencies across the world have been talking about the future potentials within the new realm of space we are venturing into.  The corporate-controlled mainstream media isn’t telling you one very major thing about the dark roots behind the Philae probe and how what we may have witnessed today was yet another Illuminati black magic ritual right before our eyes.
On the surface, and to a large part of the population, the landing was heralded and lauded, with CNN stating in an article:   Imagination became reality Wednesday when a mechanical space traveler called the Philae probe plunked down on its target, a comet with a much less romantic name — 67P — some 310 million miles from Earth.
European Space Agency scientists and executives high-fived and hugged each other when the landing was confirmed. Spacecraft have crashed into comets before, but this is the first soft, or controlled landing, in history.

Later, ESA said there was a glitch.  After leaving the mothership Rosetta and descending, Philae may have bounced, rather than gently settled, on the surface of the comet, ESA scientists said at a news conference. Anchoring harpoons designed to shoot into the comet’s surface failed to function, ESA said, meaning Philae may not be firmly secured to the comet’s surface.

Many across the world do not realize that there is an occult and darker meaning behind the naming of the probe.  According to Wikipedia:  “Philae /ˈfaɪliː/ (Greek: Φιλαί Philai; Ancient Egyptian: Pilak, P’aaleq; Arabic: فيله‎ [fiːlɐ]) is an island in Lake Nasser, Egypt. It is located within the former First Cataract of the Nile River in southern Egypt, though the rapids have been eliminated since the construction of the Aswan Dam. Philae was the site of an Ancient Egyptian temple complex [sic]“
An ancient Egyptian complex, huh?  I wonder who the worshiped in the complex?  Well, thankfully, Wikipedia also has that information (remember, people, the dark always put out the information – hidden in plain view.  So, who did the Egyptian’s worship on Philae?  ISIS.  The Goddess Isis, to be specific.

Wikipedia states:  “The most conspicuous feature of both islands was their architectural wealth. Monuments of various eras, extending from the Pharaohs to the Caesars, occupy nearly their whole area. The principal structures, however, lay at the south end of the smaller island.  The most ancient were the remains of a temple for Isis built in the reign of Nectanebo I during 380-362 BC.”
Here is a virtual “computer generated” walkthrough of the ISIS temple at Philae, posted almost 6 years ago to YouTube.  (Keep reading after the short video, because things get a little stranger)

Wikipedia also has one last important and intriguing piece of information about Philae:  Philae, being accounted one of the burying-places of Osiris, was held in high reverence both by the Egyptians to the north and the Nubians (often referred to as Ethiopians in Greek) to the south. It was deemed profane for any but priests to dwell there and was accordingly sequestered and denominated “the Unapproachable” (Ancient Greek: ἄβατος).[9][10] It was reported too that neither birds flew over it nor fish approached its shores. 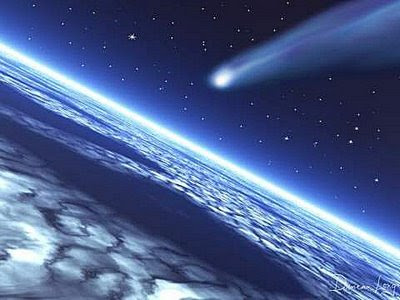 Whether you are religious or not has no bearing on the fact that there are a group of very dark elite controlling things behind the scenes that fantasize about astrology, dark arts, manipulation on grand scales, and often use Revelations from the bible to further their agenda.  According to Bible Hub, Revelations 8:11 states:  10The third angel sounded, and a great star fell from heaven, burning like a torch, and it fell on a third of the rivers and on the springs of waters. 11The name of the star is called Wormwood; and a third of the waters became wormwood, and many men died from the waters, because they were made bitter.
There are many interpretations of what “Wormwood” is – be it a person, plant, or star – however, many agree on the scenario that “Wormwood” is in fact a comet or asteroid. Wikipedia states:  “Various scientific scenarios have been theorized on the effects of an asteroid or comet’s collision with Earth.

An applicable scenario theorizes a chemical change in the atmosphere due to “heat shock” during entry and/or impact of a large asteroid or comet, reacting oxygen and nitrogen in the atmosphere to produce nitric-acid rain.[7] Acid rain from the heat shock of a large comet or asteroid’s impact with Earth is believed by some to fit the Biblical description of the bitterness produced by the Wormwood Star upon a third of the Earth’s potable water.[8] 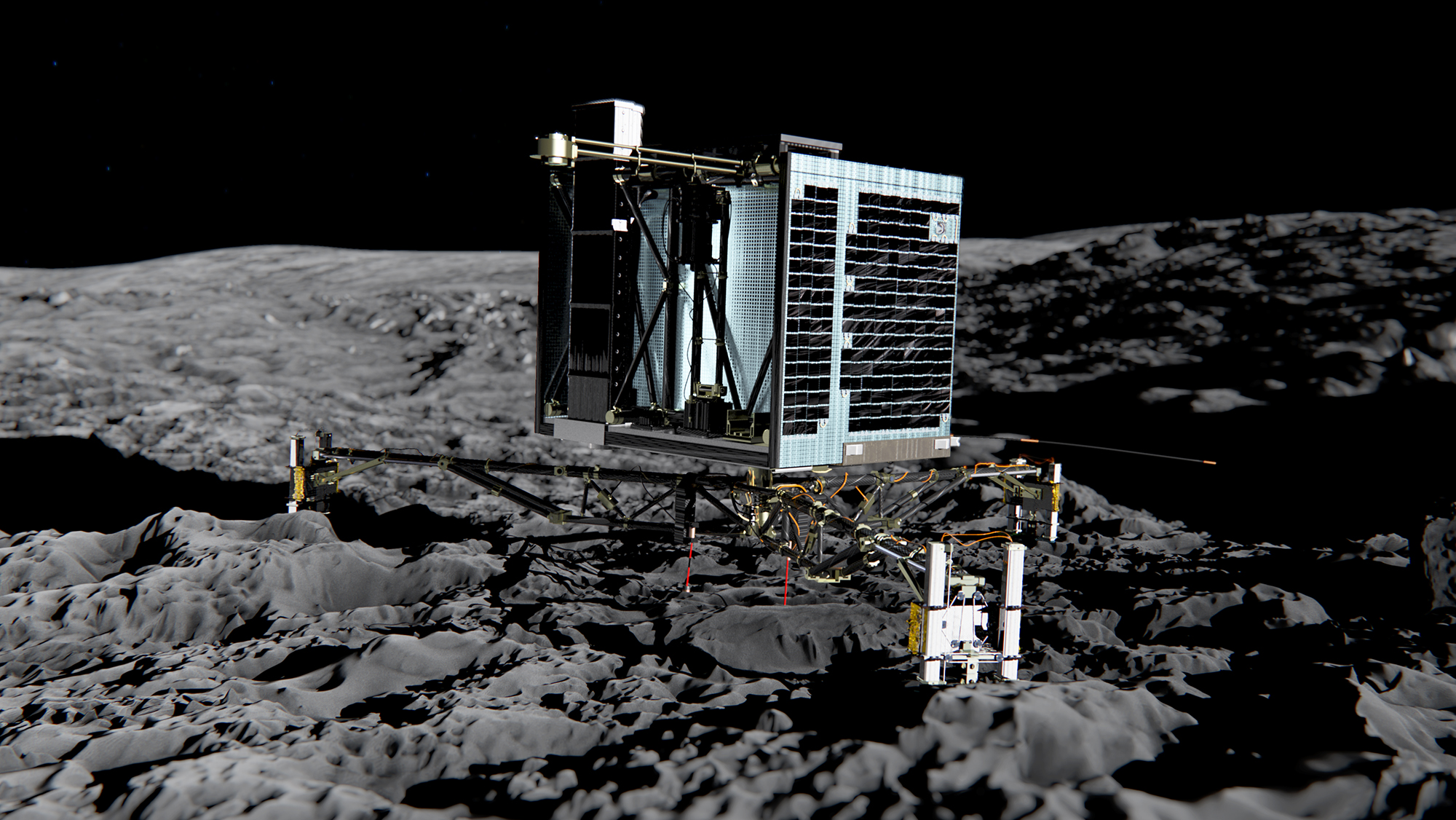 When you peek behind the carefully (or perhaps not so) placed facade of today’s historic landing, a stranger story seems to be unraveling.  The name “Philae” was chosen for a reason, representing not only a connection to ISIS and Osiris, but more importantly  “It was reported too that neither birds flew over it nor fish approached its shores.” – Which ties in very nicely with the Wormwood (COMET) revelation where they say:  “a third of the waters became wormwood, and many men died from the waters, because they were made bitter”

Is the elite trying to harness some power through this comet that the probe named Philae christened by landing and therefore taking “ownership” of it?  Or was it a message to the masses that something dark this way blows?  Whatever it is, there is much more to this story, and we might want to start digging deeper and looking behind the “historical outer space” achievement and look at the far more darker side:  what was the historical Illuminati ritual performed right in front of our eyes today with Philae?

» Philae Shuts Down After Scientists Discuss Life on Comet 67P
» The Rosetta Hoax Exposed and Decoded – the Comet landing is a complete fabrication
» PINE GAP SECRET UFO BASE & ULTRA ROOM ESOTERIC CIRCLE! DARK JOURNALIST X-SERIES VIII
» Cobra Update 6-18-14… Clarification about “I.S.I.S.”… “Isis does not support ISIS, Isis wants peace, and peace it will be”
» China shoots for first landing on dark side of the moon