OUT OF MIND » THE INSANITY OF REALITY » FINANCIAL COLLAPSE » Ken's Blog: The Globalists are accelerating the rollout of their new financial system

Ken's Blog: The Globalists are accelerating the rollout of their new financial system Wed Nov 19, 2014 6:24 pm

The Globalists are accelerating the rollout of their new financial system

I held off on a planned update to my last entry to see what related themes might pop up during last weekend’s G20 Summit, and I was glad I did. Aside from the silly, staged-for-public-consumption “tension” between Putin and his Western globalist buddies… 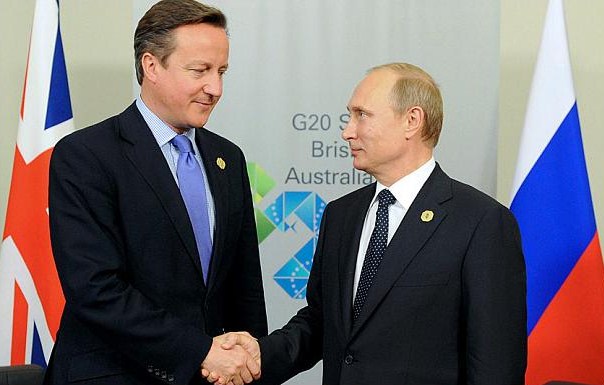 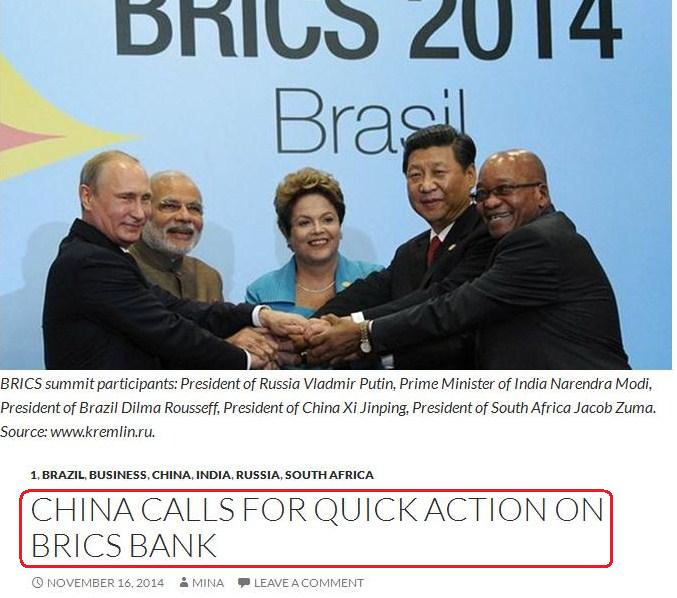 During the G20 Summit, the BRICS representatives announced their intention to speed up the formation of the New Development Bank (NDB, the BRICS Bank). This announcement was widely trumpeted on a variety of news sites, including an article on BRICS propaganda outlet PressTV titled China urges BRICS to open development bank soon…

>>> Speaking on the sidelines of the G20 summit in Australia on Saturday, China’s Vice Finance Minister Zhu Guangyao said, “All (countries) share the view that they should speed up the process to have it completed as quickly as possible.”


Zhu said that the BRICS group – which includes Brazil, Russia, India, China, and South Africa – should ensure that the bank will provide services as soon as it is launched.

“And each country will identify feasible projects for the bank as quickly as possible, so that at the moment the bank is launched it will be able to immediately carry out (financing) processes,” the Chinese official said. <<<

In diplomatic language, these statements reflect great urgency. So what’s the big hurry all of a sudden? To get to the answer of this question, let’s have a look at a passage from one of my previous entries, Mainstream globalist propaganda reveals East/West conflict is a farce…

>>> The whole East versus West propaganda campaign is aimed at giving the hypnotized public a fairytale storyline for all the changes they’re going through. It also offers them scapegoats on whom they can pin all their problems. The international bankers are going to crash the current system and blame it on the Federal Reserve, then they’re going to introduce the BRICS as the heroes who save the day.

In fact, part of the purpose for the recent creation of the BRICS Bank is to give the BRICS a lifeboat while the West founders from the crash. The BRICS Contingent Reserve Arrangement…
“is a framework for the provision of support through liquidity and precautionary instruments in response to actual or potential short-term balance of payments pressures.

The objective of this reserve is to provide protection against global liquidity pressures. This includes currency issues where members’ national currencies are being adversely affected by global financial pressures.

The Bank would also provide assistance to other countries suffering from the economic volatility in the wake of the United States’ exit from its expansionary monetary policy.“

All this being said, when will the crash begin, and how long will it last? Given that the last crash lasted from 2007-2009 and contained a shocking “Lehman Moment,” it stands to reason that the next crash would also be a slow-motion train wreck with an even more shocking Lehman Moment. If the propaganda setup for the collapse is any indicator, the train wreck and New Lehman Moment will involve the raising of the Fed interest rate by Janet Yellen and perhaps a black swan event like a false-flag cyberattack or terrorist attack.

Looking at the interest rate component, the Fed will be meeting this Tuesday and Wednesday (September 16-17), and that could give us an indication of when things might kick off. The general consensus of the Fed watchers seems to be that interest rates will go up starting in the summer of 2015, with some estimates saying as early as March 2015. Will this start the train wreck? And since the BRICS bank isn’t scheduled to start lending until 2016, the New Lehman might not happen till then. But then again, they can always surprise us. <<<

With this passage in mind, let’s fast forward to this week and have a look at what the Gulf Times said in [url=http://www.gulf-times.com/eco.-bus. news/256/details/416409/brics-to-speed-up-mega-asian-bank%E2%80%99s-formation]Brics to speed up mega Asian bank’s formation[/url]…

>>> The leaders of Brazil, Russia, India, China and South Africa, who met on the sidelines of a Group of 20 summit in Brisbane, Australia, instructed their finance ministers to name the bank’s president by the time they next meet in Russia, according to a statement from the Brazilian government…

“Brics decisions on making their own financial institutions have been successfully implemented,” Russian President Vladimir Putin said at the Brics meeting, according to a recording of his comments. The total volume of capital in the development bank and currency reserves would enable the group to get joint mechanisms that can stabilize national capital markets in case of a world economic crisis, he said. <<<

So let’s set out the puzzle pieces…

> One of the core missions of the NDB is to aid the BRICS nations (and others who ask for help) in weathering “economic volatility in the wake of the United States’ exit from its expansionary monetary policy,” and the post-summit propaganda quotes Putin as stressing the NDB’s role in case of a “world economic crisis.”

> The NDB was scheduled to start lending in 2016, but as of this weekend all the BRICS nations suddenly want to “speed up the process to have it completed as quickly as possible” so “the moment the bank is launched it will be able to immediately carry out (financing) processes.” And the BRICS finance ministers have been instructed to put the Bank’s president in place by the time of their next meeting in Russia.

> The next BRICS Summit in Russia will be their 7th summit, and it will occur in the 7th month of next year (July 8-9). Although I personally view numerology as spiritually ridiculous, the “elite” and their minions do not, as was evidenced by Christine Lagarde’s infamous statement on the numerology of the year 2014 (in which she talks about the “magic 7″). In the eyes of some mythical religionists, 7 is believed to be a symbol of “completion.” It is also believed to indicate “the senses of a change after an accomplished cycle and of a positive renewal.” So the 7th Summit would be a symbolically appropriate venue for announcing the launch of the NDB.

Putting the puzzle pieces together, we are led to a conclusion…

The globalist banksters have advanced the planned date for the New Lehman Moment from 2016 to the second half of 2015.

For this reason, they want the BRICS Bank up and running so they can keep the BRICS and other non-Western nations protected from total social breakdown during the next engineered global economic crisis. The Western nations, on the other hand, will be permitted to freefall from their lofty standard of living. Once everyone is on their knees, the phoenix will rise from the ashes… 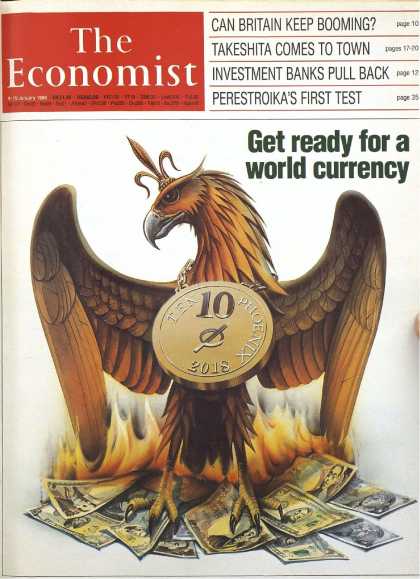 …or so the globalists believe.

There is much more to write on this, so this article will continue to develop. Check back daily…

OUT OF MIND » THE INSANITY OF REALITY » FINANCIAL COLLAPSE » Ken's Blog: The Globalists are accelerating the rollout of their new financial system