Posted on November 21, 2014 by Deus Nexus Leave a comment

DN: How do you deal with the big fat illuminati elephant in the room that people everywhere are beginning to wake up and see?  Make a joke out of it.  Make it seem harmless but cool. Celebrities Katy Perry and Jim Carry want to join the Illuminati, don’t you? 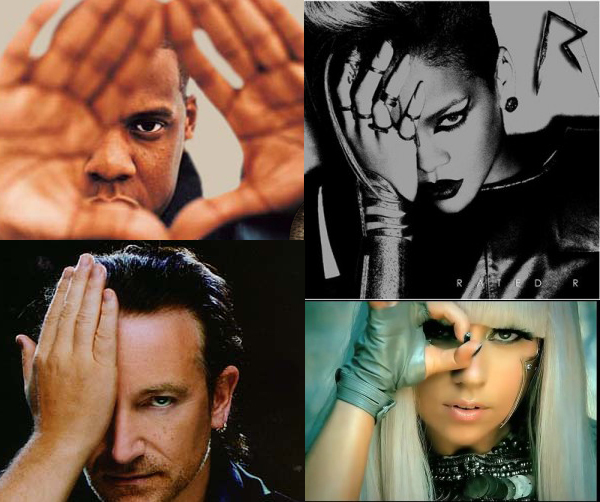 Katy Perry: I Want to Join the Illuminati! 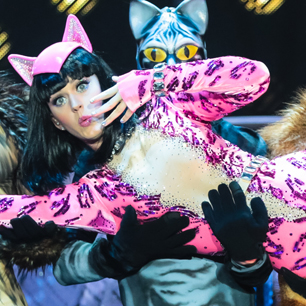 For Katy Perry, the Illuminati accusations really started with her uncharacteristically dark Grammy performance of “Dark Horse,” and that song’s Egyptian-themed music video. A headline on the site Infowars screamed, in all caps, “ILLUMINATI PRIESTESS CONDUCTS WITCHCRAFT CEREMONY IN FRONT OF THE ENTIRE WORLD.”
Another site did a detailed breakdown of the video, noting soberly that “birdcages are symbols of mind control.”
In interviews for her new Rolling Stone cover story with senior writer Brian Hiatt, Perry shared her thoughts on the odd controversy.  “Listen,” she says, “if the Illuminati exist, I would like to be invited! I see all that shit, and I’m like, ‘Come on, let me in! I want to be in the club!’ I have no idea what it is. It sounds crazy.
“Weird people on the Internet that have nothing to do find, like, strange triangles in your hand motions,” she continues. “I guess you’ve kind of made it when they think you’re in the Illuminati. But listen, I believe in aliens, so if people want to believe in Illuminati, great.”

From: Collective-Evolution | by Jeff Roberts

Jim Carrey is a well-known jokester. By now, his kooky public antics have come to be expected from the 52 year old Canadian-born actor. In his latest public appearance, seen November 14th on the Jimmy Kimmel show, Carrey decided to let the viewers in on some big secrets, the inner-Hollywood workings of the Illuminati.
In a grand entrance, Carrey comes forward on Kimmel’s stage making an obvious and in-your-face hand gesture, as seen in the image above. The crowd screamed and applauded with jubilance, and it was unclear whether they were screaming because they aware of the hand symbol he was making, or whether they were simply excited to see the actor after a short stint away from Hollywood in recent years.
In the video (seen below), Carrey spends an extended period of time making the triangle hand symbol while protruding his tongue from the center, while a curious but humored Kimmel watches from behind at his desk.
The audience finally calms down after Carrey takes a seat at Kimmel’s desk, after which Kimmel asks, “What Is that exactly? Is that a gang sign?”
Carrey shoots Kimmel a look of surprise, “Oh like you don’t know what it is,” he jokes. Kimmel answers “No I don’t.”
“So you don’t know what it is, Jimmy Fallon doesn’t know, David Letterman doesn’t know what it is, all the comics in show business don’t know what this is?” he states while making the triangle hand gesture once again.
For those who aren’t sure what Carrey is referencing, the triangle with a symbol in the middle (typically an eye) represents the Illuminati, a hidden governing force which has ties in all of today’s biggest industries, including financial, entertainment, military, and religious. Illuminati references have become ubiquitous throughout Hollywood, as seen in a number of films, television shows, music videos, and even live performances.
After Kimmel continues to deny knowing what Carrey is doing, Carrey finally reveals,
“Come on Jimmy, I’m here to blow the whistle off of this whole thing. I’m sick and tired of the secrets and the lies, it’s the secret symbol of the Illumi-nutty, and you’re a part of it. It’s the all mocking tongue.” Carrey boasts to a laughing audience.
Carrey goes on to explain (with a not-so-serious undertone) how many people in the entertainment industry have been hired by the government to distract the masses by making us happy and docile, so that we don’t know what’s really going on. Carrey also adds that they decide these things “out in the woods in a circle, naked.”
Next he reveals that the Illuminati is trying to turn the masses into “consumer drones,” after which he receives a fake phone call which he answers. We watch as his face immediately turns serious, and a curious Kimmel asks who it was.
Carrey is now zombie-like, and turns to Jimmy explaining, “I’m sor-ry, Jimmy, I-was tempor-arily inter-rupted by my iPhone 6+, with HD display,” the audience erupts in laughter and cheers.
The segment ends with an original plug for his new film, Dumb and Dumber To, leaving the audience thoroughly entertained.