Thinking Outside the Hourglass

by Zen Gardner
This imposed artificial time constraint is a very subtle one, especially when you realize everything depends on perspective. We’re clearly experiencing a manipulated, illusory cycle of time with parameters that make us feel contained, limited. And that’s the intent. Closing in on your prey is an ingrained predatory behavior. If the subjects feel there’s no escape, compliant behavior will eventually follow.
That’s pretty clever on the part of the controllers, but it’s only effective when you’re not awake to what’s going on.
Perceived containment has been proven time and again in even popular science to produce certain behaviors. Time is only one factor, but an important one as it is one of the more subtle ways they exert control and amplify fear. We cannot succumb to any of these false paradigms. Humanity is running to and fro in an effort to find solutions, but only within the confines they’ve been cleverly restricted to. It’s a closed system with clearly defined limitations. We look within their constructed time-framed and otherwise controlled system for solutions when there are none to be found. And again, it’s all by design.
The only true solution lies in conscious, transcendent awareness of the true big picture.


Playing By the Rules

Herein lies the big “catch”.  Similar to the obvious political right-left paradigm, we’ve been injected into a much more complex set of confining rules and regulations. They are adopted by assumption from the parameters we’ve been given. It’s not possible to objectively discern our condition when we think we have all the information we need to make right decisions…when in reality we don’t.
We have to find out for ourselves what the real facts and truths are. And even those need constant re-examination and regular conscious, aware assessment.
These same self-imposed authorities dictate our limitations within which we’re to find solutions, when they very well know there are no solutions but theirs within those confines, whichever directed “side” people choose. To snap out of this hypnotic, severely limiting mind set is our first priority. 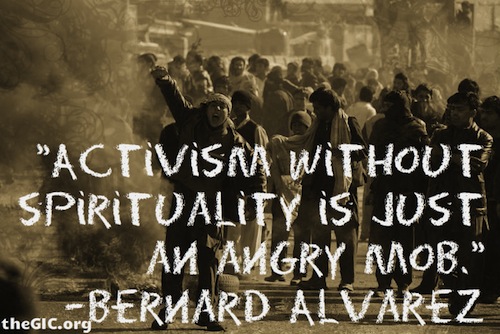 So Where Are We?

It’s hard to say exactly. We can only describe the conditions and our awakened understandings as they surface. When we put those realizations into effect in our lives a wonderful spiritual detachment takes place and we see more clearly by the day.  Taking living action on these realizations precipitates the most radical transformations in our own lives as well as in those we influence. Those who don’t take action are missing out, and that is the biggest travesty of mankind.
All while the imposed hourglass lets its ticking sands of time drop into a mirrored, carefully contained paradigm.
Our solution is really quite simple. Disengage, disconnect, and stop listening to their sirens of propaganda. It’s much like getting off of a mind-numbing medication to where you can think clearly again. It takes time and some simple commitment. Your resolution becomes wanting to wake up, so you do what needs to be done, come what may.
Our current condition appears quite tenuous. We can go with the flow of lies and hunker down and just take it, or we can rise to the occasion. Rising means becoming individually what each of us is meant to be. Alive, awake, aware, conscious and activated and no longer stupefied by circumstances and false information. That may sound simplistic or ethereal but without that break each of us is doomed to repeat after them and their dictates. We’ll follow, react, or as so many have done just give up and acquiesce in confusion and despair.
The world condition continues to deteriorate so rapidly that it’s forcing just such unconscious decisions. Like it or not, imposed circumstances are herding the hive mindset into various corners of defensiveness – the patriots, the libertarians, the anarchists, the survivalists, and on and on, and most of all the clinging system adherents.
Don’t get caught up in their game of false paradigms.


Our Opposition Is Spiritual

It’s more important than ever to choose our battles wisely. Our challenge is spiritual first and foremost. What we’re up against manifests and lives in the minds of men as an implanted psychotropic manipulative mindset. It’s ugly, it’s completely controller-serving and it’s artificial. Yet it grows as if it’s organic.
It’s not. Clearly all of creation is some kind of vibrational wave-form or another, but what we call evil apparently is a very conscious anti-organic life form. It seems to exist to destroy and manipulate to its own satisfaction for whatever anti-creative reason. Granted, an all-wonderful Universe has certainly taken all of this into consideration. A good example is the human body with its anti-bodies and amazing immune system. A microcosm of the macrocosm.
The nano and genetic manipulations, and the techno, geo-engineering and mind control technologies are further evidence of this invasive force. These are mind derived, howbeit composed of Universal components. Recognizing what we’re up against is most of the problem. 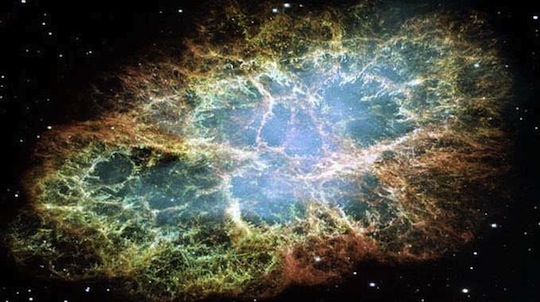 It’s Time for No Paradigm

There’s no pat, blanket answer for everyone when it comes to knowing what to do. The matrix gives itself away by offering “group plans” and locked in behavioral boxes to resort to for comfort and security. Awakening souls naturally rebel against such confines on our spirits but this engineered “group option plan” is pretty well bought by most of humanity, sad to say.
I’ve seen a lot of proposals for new world systems, and to be honest none of them appeal to me. They all smack of the same old control paradigm, but with new people and rehashed religiously inclined belief systems in charge. Some of these might seem nice in the short term but where would they lead us? My inclination is to believe it will be more of the same. Just like the encroaching new world order “big idea”, they generally smell like more “hope and change” solutions that only signify more sophisticated control.
I can’t even say what exactly it is I do champion except empowering individuals and community action. That’s why my conviction has always been along the lines of personal awakening. When we get there we’ll understand. Right now, people are generally fighting in the dark. And it makes no sense to make unconscious decisions without the full light of truth.


Get Active, Get Local

As I see it, information sharing and strengthening local community are our best bet. Creating this evolving revolution of loving interaction from the ground up is the manifestation of our new reality. Literally. Get back to the land and communication. Work locally in not just community gardening and cooperation, but to change minds and structural mindsets around us. It’s the solution at hand.
That, and continuing to dissolve this world of lies via passionate dissemination of enlightened information. And that I’m happy to report is happening at an accelerating rate, as is the growth of indigenous, caring communities.
As the old dissolves, truth based reality evolves.
Let go of the old and be part of the new emergence.
Truth will not be suppressed.
We truly are the solution we’ve been waiting for.
Love always, Zen
ZenGardner.com


Thanks to Zen at: http://www.zengardner.com