OUT OF MIND » PERCEPTUAL AWARENESS ~ WELCOME TO WOOVILLE » THE SHIFT IN CONSCIOUSNESS » Lighten Up! 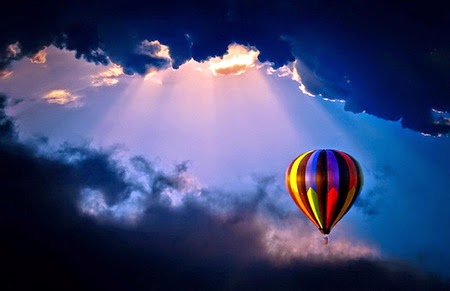 So, you've been on the spiritual path a good while now, and feeling pretty OK with your progress.  You've read the books, attended the whole life expos, and generally processed & integrated your assets off.  In your quest of becoming you have opened your heart, learned gratitude and forgiveness; all while wrestling with your ego for control of your life.   Because you know what it's about, you just say you're a work in progress.

It certainly hasn't been easy getting to this point, and all indications are it's about to get a good deal more difficult in the days ahead.  These are halcyon days we're living through, lots going on that demands our attention; maintaining ourselves is more important than ever now...and maybe you even sense that too.  Have you noticed recently that some hard lessons & bad memories have returned from whatever void you banished them to?

In recent months have you suddenly been overwhelmed by these negative memories & emotions from the past; when you weren't even thinking on the subject to begin with?  Most likely you haven't done anything to trigger such a release, so you sure as hell don't expect them when they hit.  Have the ugly brothers regret, remorse & resentment been trying to move back into your subconscious?

Been wondering to yourself lately why so many of these gremlins have returned so long after you healed that wound and balanced that energy?  What is going on here?  Knowing you did things right the first time, you cannot understand why these ghosts have come back to haunt you at this critical time.  I call them ghosts because that is kinda what they are; heavy negative residue left over from "the old days" before you got your chakras and aura back into good shape.

These negative echoes from the past can get you doubting yourself and second guessing everything you believe spiritually, and they seldom travel alone.  Part of what's causing all this disharmony is "separation anxiety" from 3D reality structures.  Everything we've ever known & counted upon has gone away, never to return: and it grows more distant with each new horror or nightmare we bear unwilling witness to.  Seeing what we're being dragged down into makes us second guess a few other things as well; and such are the things that give rise to the ghosts from healings past. 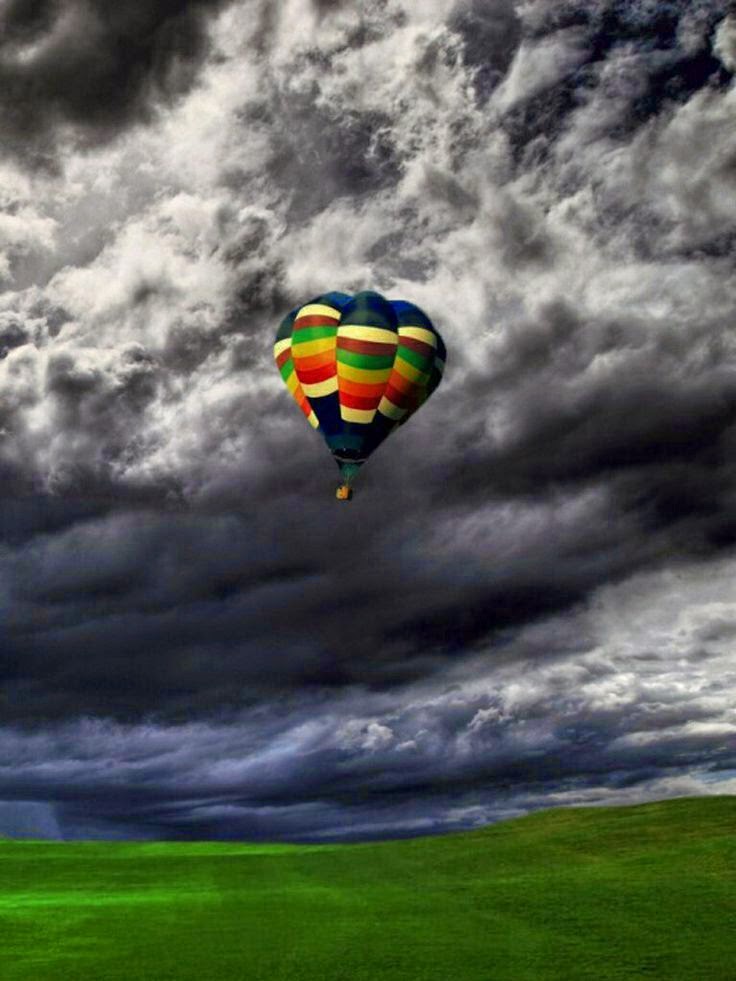 Are there other contributing factors, you bet!  Although healed, those old trauma's left behind a souvenir in the form of scar tissue; which influences this melancholy release of these old memories...emotional scar tissue: leaves evidence of itself behind the same as physical tissue does; you just can't see it!  Because we cannot see it and aren't expecting it, this emotional scarring can trip us up & throw us off balance quite easily, and we almost never see it coming.

So, it really isn't so much the pain from the past that's surfacing, but more like shadow of the memory of it.  It's kinda like trying to bury an old useless tire that just won't stay buried.*   As far as I'm aware there is no way to restore this old emotional scar tissue to like new condition.  I think maybe the best way to deal with these things when they surface, is to gently acknowledge them; thank 'em, bless 'em then put 'em to some good use ... as trail markers of your spiritual journey, to look back at how far you've come, and the obstacles you had to overcome.

This whole process can be even harder if those in your immediate inner circle do not share your spiritual values, or have only recently been jarred from slumber by the great awakening; in either case, they have their own pressing problems to deal with.  I understand that very often spiritual & metaphysically inclined folks are drawn together but this isn't always the case.  Additionally, there are many others who are alone by their own choice, for whatever reasons.  Solo travelers on the spiritual sojourn.

Good childhood memories are also to be expected to surface right along with the ones we'd rather forget...and for similar reasons.  Part of us senses that things are never going to be the way they once were, its like we're saying goodbye for the last time.   This whole process of good & bad memories flooding into the consciousness can even make one think they're about to die because its like seeing your life flash before your eyes.

Hearts, Minds & Dreams
We see a lot these days about raising our vibration...part of which is cutting away dead weight that drags us down.  Like the hot air balloon, we cannot rise until enough dead weight is cut loose.  Fifteen years ago when I was active within the human potential movement, I dragged a computer with me everywhere I was booked.  This contained several of the day's leading biofeedback software programs including the Aura video station, and an amazing program from Heart Math; called the Freeze Framer.   The main feature of this software was a biofeedback game where you could fly and control a hot air balloon using only your mind!  Spooky cool stuff. 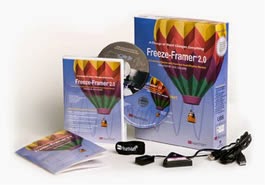 If you were all rigidly focused on flying the balloon successfully; the thing wouldn't budge.  However when you learned to relax into the moment, and yourself,  you'd find a sort of sweet spot where the balloon on the monitor would actually begin responding by lifting off.  The trick is to identify that sweet spot and then freeze frame it; locking it in.  As the ten minute entrainment program continues, the player must of course navigate some obstacles before reaching the finish line.  No joystick required!  A kind of relaxed concentration is needed to fly the balloon - or it will come crashing down quite abruptly.  The same exact thing applies to everyday spiritual life, you might get lucky with autopilot for a while; but a lack of conscious intent will ground you sooner rather than later.


Biofeedback is a marvelous way to actually show folks how energy follows thought, and I believe knowing that little gem is more important right now today than ever before.  This is primarily what we're talking about when discussing raising our spiritual energies, and maintaining them at the highest level possible, comfortably.  Focus your thoughts, intentions and dreams on where you wish to be, not mired down in where you've been.  It's why balloons don't come with rear view mirrors. 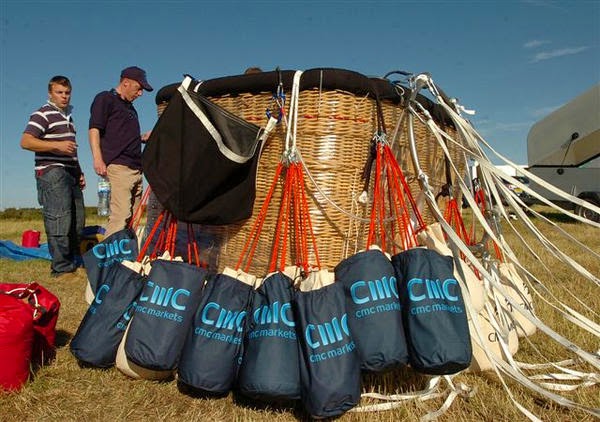 Those who are now getting a crash course via the great awakening will undoubtedly have more than just scar tissue to deal with; likely as not many of you still have a lot of "sandbags" weighing you down, preventing your balloon of higher frequency from rising.  If this sounds familiar; I don't wanna seem rude, but it's time to cut some dead weight if you don't want to stay here.  Those who find their life still has too many toxic people & relationships must find the courage to just say no more, and cut them loose.  Haven't you already tried everything else?  How about all those painful emotional memories you can't help but revisit over and over again, you know; the ones that can never be resolved or healed - why can't you just thank them, bless them and let them go?  Holding on doesn't require strength, but letting go does!

You never change the world the same way twice
We need to be distancing ourselves from the everyday tyrannical little things which demand so much attention.  They are imposters and energy vampires.  Speak truth to power by boycotting all business who support Black Friday and the ridiculous idea that corporations are people.  Corporations are not people.  Only people are people!  You'll never raise your spiritual frequency by sucking down the exhaust fumes emanating from lame stream media's tailpipe!

It looks & feels like the powers that be are about to rip the lid off at Ferguson just any time now, after letting the unholy stew boil over for long enough for maximum damage.  Ignore it, boycott the news, don't give it your energy.  We must starve the fear loop of our attention, and energy - look away, raise your vibration above it like a balloon flying above the storm.

As long as we continue to give our money and silent tacit approval to those who we hate because they're poisoning the planet, the longer they will continue their evil machinations.  How exactly, does the logic of this escape so many minds while so many others are freed from it thru conscious intent.

Just decide to live a better way.  Then Act!
By constantly giving your attention to all of the over-hyped horrific media blood sport and bracing for yet another Black Friday assault, you are just adding more and more sandbags to your basket and preventing your lift off to higher realms.  Once you're un-tethered and your energy begins to steadily rise, those once mighty issues look like tiny dots from 3000 feet up.   The more dead weight you can drop, the faster things happen and before you know it, you have a whole new perspective on nearly everything, and you're living life like there's no yesterday.

There is no looking back!

May the Source be with You!

OUT OF MIND » PERCEPTUAL AWARENESS ~ WELCOME TO WOOVILLE » THE SHIFT IN CONSCIOUSNESS » Lighten Up!