ET’s & Shadow Governments – What Else Does This Astronaut Know?

ET’s & Shadow Governments – What Else Does This Astronaut Know? 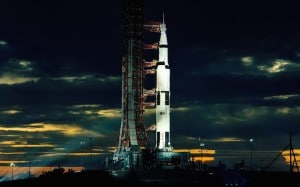 What would happen if the government came out and acknowledged that extra-terrestrials are operating here on planet Earth? Would society break down and come to a screeching halt overnight, or would things pretty much just carry on, business as usual, with everyone showing up for work on time the day after the announcement?

What would happen to our so-called democracy if the government publicly admitted that the military had fallen under the control of an unaccountable shadowy cabal, who possesses advanced alien technologies? Would people still turn out to vote?

In a recent interview, Apollo 14 astronaut and founder of the Institute of Noetic Sciences, Dr. Edgar Mitchell again gave his remarks on these topics, something he has been doing publicly for a number of years now. He has participated in many interviews and documentaries, such as the widely-viewed film, Sirius (Dr. Steven Greer, 2013), about the existence and reality of extra-terrestrials and secret energy and propulsion systems.

Also the author of a number of fascinating books, including The Way of the Explorer: An Apollo Astronaut’s Journey Through the Material and Mystical Worlds, Dr. Mitchell is a pioneer in the scientific exploration of consciousness, and his words have impact.

He states with confidence that aliens are real and are here on Earth, that their propulsion and energy technologies are also here and would be available to us, but that a cabal, or shadow government, appears to have control over the military. Furthermore, the extra-terrestrials here appear to be concerned with the survival of the human race, not its destruction. Dr. Mitchell comments, pointing to events during the cold war where nuclear missiles failed to fire as a result of alien intervention:


“I haven’t had personal interaction with aliens, however, I know all of the research people, on a first name basis, both in the Unites States and Europe, South America, as a matter of fact in all of the Western world. I know, am on a first name basis with, all of the investigators that are working in this area…. As far as I can tell, the ones [aliens] that I have seen the most of and know the most about seem to be trying to help us, not harm us or hinder us.” – Dr. Edgar Mitchell

His experience on the Apollo 14 lunar mission in 1971, during which he became the sixth person to walk on the moon’s surface, was of deep spiritual significance to him, changing the course of his life and compelling him to establish one of the world’s leading foundations for research on human consciousness.

Yet, when asked about the existence of a shadow government that has access to the military and advanced technologies, he replies:


“I can’t tell you much about it, except that I agree with you… there seems to be a cabal that knows more about some of this than a lot of us do. Now, I have a little bit of knowledge into it, but not a lot, and that we think our government has people that know all the answers but that’s not necessarily true, and we’re just going to have to wait and see how that all comes out… I’m well aware of the behind-the-scenes work that’s going on, I just can’t put it into a formalized statement of any kind.” -Dr. Edgar Mitchell

When he speaks about the state of the world, he displays considerable reverence for the environment. He has dedicated his recent years to the study and advocacy of sustainability, looking for progress in the fields of propulsion and zero-point energy production, which he says are the means by which alien races are able to visit planet Earth.

Take a listen to the recent interview with Dr. Mitchell here:

Now in his eighties, Dr. Mitchell’s personal accomplishments and contributions to science will, without question, live on beyond his lifetime, however, his comments on these issues are rather puzzling. How do we connect the dots between what we see happening in our world and what people like Dr. Mitchell say is happening behind the curtains of this illusion?

The information and available opinions on ETs and alien technologies are always left incomplete in similar ways, introducing doubt and offering no concrete proof.

We live in interesting times, and everything is being questioned. For every old cultural “truth”, there are a handful of theories that blow apart any official version of events. Even something as impactful as the lunar landings of the late 60’s and 70’s aren’t immune to skepticism, and some have assembled compelling opinions that the moon landings were staged, theatrical events.

The world is hungry for truth right now, but truth seems to become ever more elusive and polymorphic.


Many would like to know the whole story about extra-terrestrials, alien propulsion technologies, shadow governments, and so much more. So, when a renowned astronaut and pioneer of human consciousness studies says with confidence that extra-terrestrials are already here on planet Earth, and that the military is under the control of a secret shadow government, how does this affect your worldview?
[size=undefined]About the Author[/size]
Buck Rogers is the earth bound incarnation of that familiar part of our timeless cosmic selves, the rebel within. He is a surfer of ideals and meditates often on the promise of happiness in a world battered by the angry seas of human thoughtlessness. He is a staff writer for WakingTimes.com.
Sources:
http://www.cell.com/current-biology/abstract/S0960-9822(14)01212-3
http://www.bbc.com/news/science-environment-29939672