We Are Not Alone – A Time For Change is Here

Credit: Collective Evolution. “Contemplation without investigation is the height of ignorance” -Albert Einstein. Today, more and more people are starting to wake up, and realize that we are not alone. As more and more people wake up, more and more questions are arising with regards to the topic of UFOs and extraterrestrials. Now that Earth has a mass amount of individuals on her that have begun to contemplate the existence of ET’s, we have had a pleasant response. So much so that mainstream media networks, governments and organizations within the “military industrial complex” have began a slow release of information regarding UFOs and extraterrestrials.
The picture to your right is the UFO that shut down a Chinese airport, which has happened approximately 8 times within the past two years. 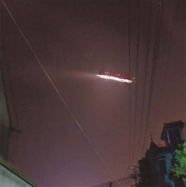 http://www.dailymail.co.uk/sciencetech/article-1293395/UFO-China-closes-Xiaoshan-Airport-spotted-flying-city.html
http://www.thesun.co.uk/sol/homepage/news/3165067/UFO-closes-an-airport-in-China.html
http://www.huffingtonpost.com/2010/10/06/china-ufo-sighting-video_n_753179.html
http://news.aol.ca/2010/07/20/ufo-shuts-down-china-airport-military-link/
UFO sightings are now being reported monthly across the globe, so much so that it cannot be concealed anymore. UFOs have been showing up to nuclear weapons facilities all over the world for over 50 years. It’s time to smarten up, no one is going to bring change to the world except for us. 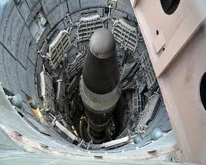 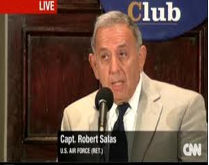 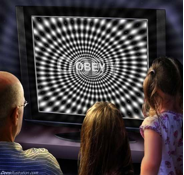 Media and entertainment industries are well aware that the consciousness of the planet is expanding. The need to seek information from an external outlet is not needed anymore. Media outlets have controlled our perception of reality since it’s creation. But when we come together as one, and start creating awareness on different issues, the mainstream media has no choice but to grab the topic, and try to control how we perceive it by telling us what it is.

More Information In the Public Domain 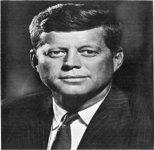 “The very word secrecy is repugnant, in a free and open society. And we are as a people, inherently and historically, opposed too secret societies, to secret oaths, and too secret proceedings. We decided long ago, that the dangers of excessive and unwarranted concealment of pertinent facts far out weigh the dangers that are sited to justify it. Even today, there is little value of opposing the threat of a closed society, by imitating its arbitrary restrictions. Even today, there is little value in insuring the survival of our nation, if our traditions do not survive with it. And there is very grave danger, that an announced need for greater security, will be ceased upon by those anxious to expand it’s meaning to the very limits of official censorship and concealment”
A recently released memo from the CIA indicates that JFK requested highly classified  UFO documents from the CIA in November of 1963. The group whom he is referring too is what some might call “the Illuminati” , “the powers that be” or the “military industrial complex.”
http://www.dailymail.co.uk/news/article-1378284/Secret-memo-shows-JFK-demanded-UFO-files-10-days-assassination.html?ito=feeds-newsxml 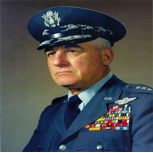 “The phenomenon being reported is something visionary and not fictitious, the reported operating characteristics, such as extreme rates of climb, maneuverability and actions which must be considered evasive when sighted or contacted by friendly air-craft and radar lend belief to the possibility that some of the objects are controlled manually, automatically or remotely”  September 1947” 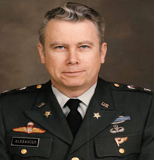 “Disclosure has happened,” Alexander added. “It starts with former presidents Truman, Carter, Reagan and [the Soviet Union’s] Gorbachev. I’ve got stacks of generals, including Soviet generals, who’ve come out and said UFOs are real. My point is, how many times do senior officials need to come forward and say this is real?” Alexander told AOL News.

http://www.aolnews.com/2011/02/23/retired-army-colonel-says-ufos-are-real-but-denies-government-c/
Do you really need mainstream media outlets to tell you that the process taking place is true? Giving your power over to media, and those that control it allows them to create your perceptions for you. We did not need all of this information, the only reason all of this information is surfacing is because we are creating it. Our interest, our consciousness and acknowledgment of off world beings is growing. As a result , the media and entertainment industries will  try to shape our reality of extraterrestrials.

Prior to the FBI, CIA and NSA release of UFO files, dozens of governments from various countries began a process of releasing their UFO files. Among man, the following countries are included: The United Kingdom, Russia, Spain, Canada, Spain, Brazil, New Zealand, Sweden, Finland, France and Mexico. Within the past three years, governments have admitted to having programs and entities within the government that keep track and examine UFO and Extraterrestrial Encounters.
http://www.bbc.co.uk/news/world-us-canada-13081831
A memo from the FBI gives a quote from 1949
“Officers of G2 (Army Intelligence) have discussed the matters of Unidentified Ariel  Objects otherwise known as flying discs, flying saucers, and balls of fire. This matter is considered top secret by the intelligence officers of both the army and the air force”
“When the long awaited solution to the UFO problem comes, I believe that it will prove to be not merely the next small step in the march of science, but a mighty and totally unexpected quantum leap. We had a job to do, whether right or wrong, to keep the public from getting excited” - Dr. J Allen Hynek, Director US Air Force’s project Blue Book.
“All Apollo and Gemini flights were followed, both at a distance and sometimes also quite closely, by space vehicles of extraterrestrial origin, flying saucers – or UFOs if you want to call them by that name” – Maurice Chatelain, Former Chief of NASA communications Systems
“We must insist upon full access to disks recovered. For instance, in the LA case the Army grabbed it and would not let us have it for cursory examination”- J Edgar Hoover, Former FBI Director
“In my official statues, I cannot comment on ET contact. However, personally, I can assure you, we are not alone” -Charles J Camarada – (Ph. D) NASA Astronaut
“I think it’s time to open to book, on questions that have remained in the dark, on questions on government investigations of UFOs. It’s time to find out what the truth really is that’s out there”
-John Podesta, White House Chief of Staff for Clinton, Head of Transitions for Obama
“We or at least some of us interpreted their visits as a threat, and decided to shoot first and ask questions after. It is ironic that the US should be fighting monsterously expensive wars in Iraq and Afghanistan, illegibly to bring democracy to those two countries, when it itself can no longer claim to be called a democracy when trillions, and I mean thousands of billions of dollars have been spent on which both congress and the commander in chief have been kept deliberately in the dark” - Paul Hellyer, Former Canadian Minister of National Defense 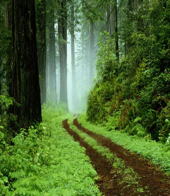 It is time to take care of our planet. It is time to go within yourself and raise your vibrational frequency. It is time to eat more earthly foods that keep the body lighter, thus making it easier for the body to absorb the energies that are traveling throughout the Universe at this time. It is time to show unconditional love to others, it is time for forgiveness, and it is time to take your power back. It is time  to be yourself, and to help others simply by being your true self. Judgement is just a state of mind, once you release your fear of judgment, whilst remaining in  a state of love you help another see that no need for it exists.  Be yourself in all situations at all times, make the world your playground. Others will be drawn to you, or pushed away from you in your state of total peace and comfort. Everybody is experiencing events in their life that are hard to let go of. It is time to let go, not a time to be dragged. Have the courage to let go of the things that bring worry, anxiety and other negative emotions in your heart. Just know that all is as it should be, and a bigger picture is playing out. It is your job to do what you want to do, when you want to do it. Follow your heart and take a leap, be love and you will always be put in situations in which you are needed. As you let go, and follow your heart more and more synchronicity and happenings in your life will take place. With our current educational, economical, political, religious and social state of the planet, we are told how and what to be. Our concept of fun, happiness and growth has been manipulated so we do not care, so we do not think, and so we do not find out the truth of who and what we really are. You can start this process anytime, each second, each hour and each day is a chance for you to begin becoming yourself, and in doing so you will be aligned with why you are here, and what you came to do at this very very special time

<3
Much love
-Arjun
Are you on “Tsu” yet? Its a new social media platform that pays you for creating and sharing content! Thousands of people have already joined. Its just like Facebook, it takes seconds to join, and even easier to use! And best of all you can reach100% of your friends and audience, and NO Censorship. You can only join by Invite, and this is an invitation from us to you. Click here to join! and be sure to Follow us too.