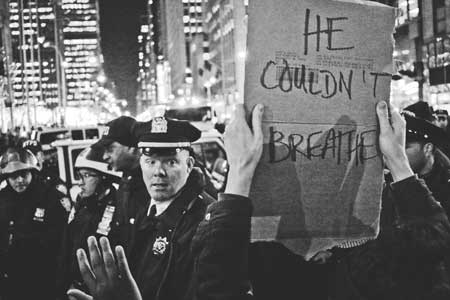 Now that the Staten Island Grand Jury has spoken and declined to indict NYPD Officer Daniel Pantaleo in the murder of Eric Garner, it is reported that an African-American, female sergeant was on the scene that fateful day. Sergeant Kizzy Adoni, present during the detention and subsequent use of force, apparently failed to intercede on behalf of the obviously distressed and pleading Eric Garner.
As a black woman first and an honorably retired, 20-year veteran sergeant of the Los Angeles Police Department second, I am appalled by the seeming lack of leadership displayed by the sergeant on the scene during the #ICantBreathe incident.
Having spent my entire career in patrol, I understand police culture and how patrol officers act and think. However, as a sergeant of police, I was expected to supervise, manage, and control the field operations of the subordinate officers under my command.


The female sergeant on scene had an affirmative responsibility to take control of the officers, the situation and thus Eric Garner. The sergeant failed.

Being a supervisor in any profession requires one to be able and willing to make the tough and unpopular decisions; it goes along with the territory.
So then for a sergeant, and a black woman at that, to stand idly by and do nothing is egregious. Certainly, it is my hope that Commissioner Bratton takes a long, hard look at the activity of all of the other officers involved in the “wolf-packing” of Eric Garner, as well as the failure to act on the part of that sergeant. 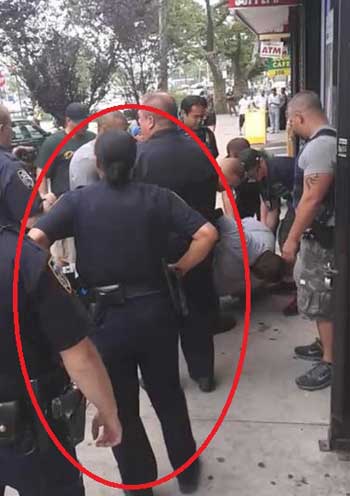 For the sake of argument, let’s take race out of the equation and look at this incident as simply a human issue. Where was the humanity of those officers on scene? How could even the lowest ranking police officer, standing within earshot of Mr. Garner’s pleas, not step in and put an end to the “pack” mentality?
Wasn’t there one among them who saw Eric Garner as a human being who deserved a response to his pleas? Didn’t Sergeant Adoni realize the potency of her position? And finally, didn’t Sergeant Adoni know #BlackLivesMatter?
Eric Garner was swarmed by the NYPD officers much like a pack of hyenas attack prey in the wild. Eric Garner was not guilty of resisting arrest on that fateful day. Eric Garner was begging to be treated like a man.
Eric Garner was, however, found to be guilty of “contempt of cop” when he questioned the officers’ authority, demanded to be respected and refused to submit to their will. 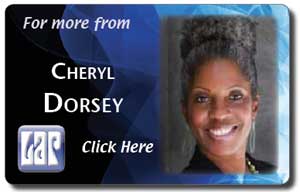 Having said that, I do not believe that those police officers intended to kill Eric Garner. Still, in their failure to recognize Eric Garner’s humanity, in their inability to de-escalate the force being used, in their decision to offer no words of solace towards Eric Garner or recognize that there were enough of “them” against “him” to control the situation in a different way, that ultimately resulted in his death.
The female sergeant on scene had an affirmative responsibility to take control of the officers, the situation and thus Eric Garner. The sergeant failed. 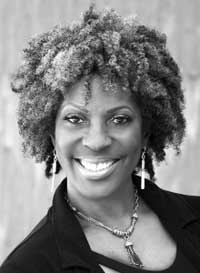 Maybe it’s time that law enforcement officials require psychological re-evaluations of the officers working in patrol on an intermittent basis. Maybe it’s time to look for signs for those officers exhibiting a “pack mentality.”
Let’s identify and remove those officers from the streets who have lost their humanity and then finally, let’s not promote any police officer who lacks the experience to lead and the personal integrity to refuse “to go along to get along”.
Cheryl Dorsey
Black & Blue

Jon Stewart Tries To Hold It Together About Eric Garner. He Really Tries.


That word he ends with — is there really any other word for when a grand jury decides that what a coroner calls "homicide" shouldn't even go to *trial*?

In case you can't watch the video (but do watch it if you can), here is the breakdown:

Jon Stewart announces the grand jury's decision not to send Eric Garner's killer to trial and observes how hot on the heels it is on the injustice in Ferguson.

He goes on to explain to those of us who just don't understand.

But surely the cops must have some reasonable benefit of the doubt due in this case, right?

No? Even the medical examiner ruled Eric Garner's death a homicide, and still no trial? Well, then.

» Officer Pantaleo indicted for the murder of Eric Garner
» ‘Die-In’ For Eric Garner: Hundreds Shut Down Mall, Block Streets In London Protest – 11 December 2014
» Drake’s Weekend Update on Mass Arrests with Breaking News 2012 June 24
» DR.WC: “When GCR Announced, There Will Be Mass, Mass,Mass Arrests (of members of Congress, the White House and the Senate,etcs)”
» Mass Arrests 2013 :Compilation of transcripts linked into world affairs : Breaking news: Cobra Latest : Benjamin Fulford : David Wilcock : Rolled into a round up of 2013 Underground Black Ops