Latest topics
» Edward Snowden: America’s Open Wound. The CIA Is Not Your Friend

The Music Industry Exposed – Misuse and Abuse of Esoteric Symbols

David Gardner, Conscious Reporter
Waking Times
[Editor’s Note: This is the first part of a series of articles on this subject from David Gardner, who contributes to ConsciousReporter.com. Subscribe to their newsletter to be alerted when future parts in the series are published.]
It’s hard to miss the increasing use of esoteric symbolism by popular artists in the music industry. Upside down crosses, pentagrams, all-seeing eye symbols… what does it all mean? What is the source of this symbolism and why is it so prevalent? This article explores the affect these symbols have on our lives and the global understanding of spirituality. 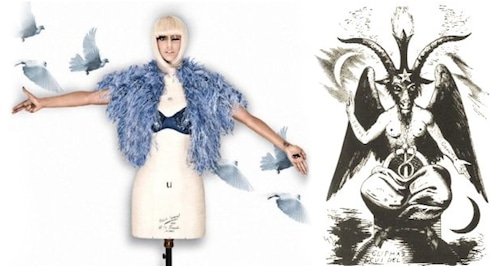 ‘Signs and symbols rule the world, not words nor laws.’ – Confucius 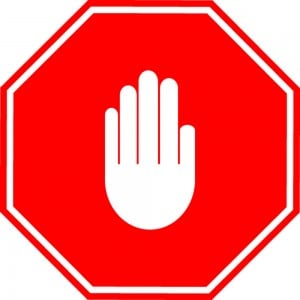 Symbols are a universal language, and such a part of our lives that once we are exposed to them we process them on a subconscious level, our actions guided by them without us having to think about it. We automatically stop at red lights and know which button turns on the TV because of the common symbols used to represent them. But the power of symbols goes far beyond their day-to-day to use.
Esoteric symbols are those with a hidden meaning, likely to be understood only by a small number of people, and have been used throughout time in the great spiritual traditions to guide truth seekers. Depending on how they’re used they can represent and attract either forces of darkness or forces of light.
Increasingly esoteric symbols are making their way into popular culture, especially in high profile places like the music industry. What is the source of these symbols? Why are so many artists using them? Are they just something “cool” that major players came up with to represent their personal brands? Or are they part of a sinister plan? Are esoteric symbols being used for good or evil?


A Brief Introduction to Esoteric Symbolism

Many who study the use of esoteric symbolism in popular culture approach their analysis from a religious perspective, and as such consider all esoteric symbols to be part of a Satanic, anti-Christian agenda. While it’s understandable that symbols may be perceived in this way because they are often used in sinister contexts associated with darkness, it appears that entrenching the idea that all esoteric symbols are “evil” is part of the agenda behind their misuse.
What is often overlooked is that many esoteric symbols have a positive spiritual meaning in their original use and that the majority of what we witness in the public view is an inversion of symbols of light, turned into symbols of darkness.

“In symbolism, an inverted figure always signifies a perverted power (…) Black magic is not a fundamental art; it is the misuse of an art. Therefore it has no symbols of its own. It merely takes the emblematic figures of white magic, and by inverting and reversing them signifies that it is left-handed.” – Manly P. Hall, Secret Teachings of All Ages 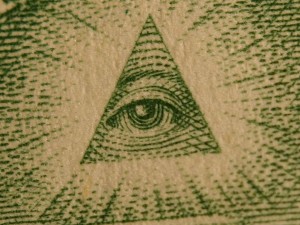 In recent years the symbol of the all-seeing eye has become prolific in music videos, photo shoots and live performances, represented either by artists covering one eye, or making a triangle shape with their hands, frequently also covering one eye with it. Often these symbols are built inconspicuously into sets or shown on screen so quickly as to have a subliminal affect on the viewer.
Many cultures throughout time have used the symbol of the eye, either on it’s own or within a pyramid as a symbol of protection, representing a benevolent and all-seeing spiritual force watching over us.
Over the last century however, as negative forces have increasingly infiltrated the world and spiritual schools, the meaning and use of this symbol has been hijacked and distorted, coming to represent sinister conspiracies, secret societies with dark undertones and elitist surveillance and control. 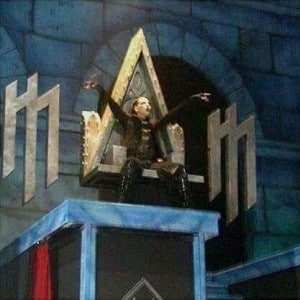 Does the increasing use of the all-seeing eye in the music industry reflect an increasing control that the elite members of society – often involved in secret meetings like the Bilderberg group and occult gatherings at Bohemian Grove and colloquially referred to as the “Illuminati” – have over performers? 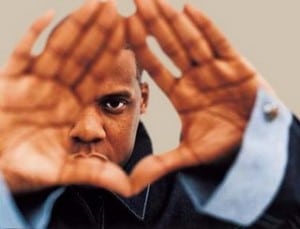 This theory is corroborated in the actions, videos and lyrics of many popular artists. Take for instance rapper Jay-Z who has popularised the use of this symbol.
Jay-Z started a record label named Roc-A-Fella, which can be interpreted as a loosely-veiled reference to the Rockefeller family, who are considered to be among the most powerful people in the world (some also believe this family is one of the alleged “13 Illuminati Bloodlines”).
Jay-Z’s signature hand sign is the symbol of the triangle placed over one eye. Following suit, his wife Beyonce and close associates Kanye West and Rihanna have also frequently used this symbol, leading to a culture of other celebrities using it too. While many may think this represents a diamond, which Jay-Z raps about, it may also represent the all-seeing eye as used by the Illuminati, which he also raps about:

“Illuminati want my mind, soul and my body”
“Secret society, tryna keep they eye on me”
– Jay-Z, D’Evils 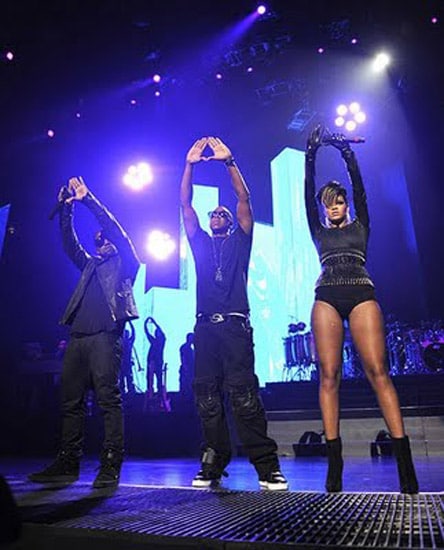 Just in case you had any doubts about who they might be promoting, check out the following still from one of Rihanna’s video clips. 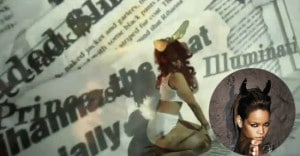 Of course, rap stars who frequently use symbolism associated with the Illuminati just as frequently deny it.

Conspiracy theorist screaming Illuminati
They can’t believe this much skill is in the human body
Jay-Z, Heaven
I said I was amazing/ Not that I’m a Mason
Jay-Z / Rick Ross, Free Mason

However Jay-Z has also created a clothing line called Roc-A-Wear, which features many esoteric symbols and references to dark forces as well as freemasonry – an institution many believe is linked to the “Illuminati” (historically the Bavarian Illuminati secret society was known to have infiltrated Freemason lodges in Europe). 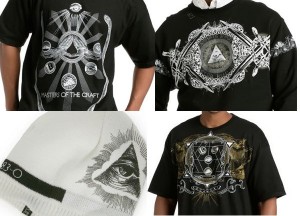 Confused? Maybe that’s the idea.
Interestingly this isn’t the first time this symbol has been used as can be seen in this photo of Anton LaVey, founder of the Church of Satan, who most likely wasn’t rapping when this picture was taken. 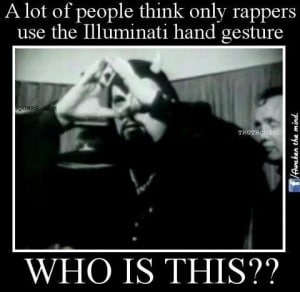 Assuming that on one level this symbol signifies the control the ruling elite have over the masses, we can easily see how incorporating these symbols into popular culture could serve to signify and exalt the elite’s power, with people essentially saluting their servitude. 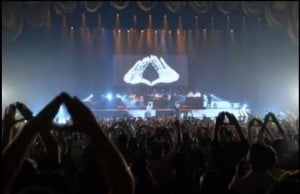 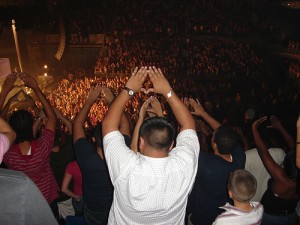 Here’s just a tiny sample of the use of the all-seeing eye in the music industry: 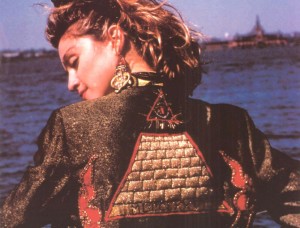 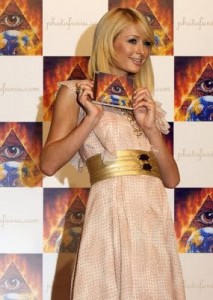 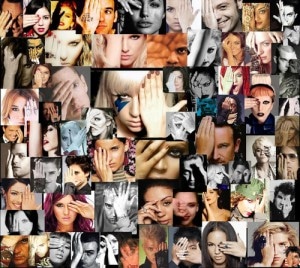 The Symbol of the Cross

The symbol of the cross is almost universal in the Western world and for most people represents Christianity and the crucifixion of Jesus Christ. The inverted cross typically represents either St Peter – who was said to have been crucified upside down out of reverence for Jesus – or more typically, and particularly in popular culture, dark forces and a rebellion against the Christ. 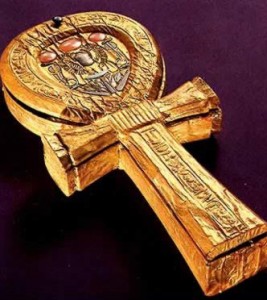 Sadly inverted crosses are becoming commonplace in popular culture, often also associated with darkness in other ways. Where once they may have been used for shock value and rebellion, they are now becoming a new norm in fashion accessories as society moves further and further away from an understanding of spiritual values. Looking further into the past however, the symbol of the cross is much older and wide-ranging, with spiritual uses predating Christianity. We can see examples of the cross in the Egyptian Ankh, the Swastika in Eastern traditions – a kind of dynamic cross – and in Druidic and Pagan traditions: all cultures where it was esteemed as a symbol with deep spiritual meaning. Interestingly Hitler was very interested in the occult and took the Hindu symbol of the swastika – representing the positive power of the creative force – and inverted it for his own negative use, an excellent example of how the meaning of a symbol can be distorted for people throughout the entire world.
Have a look below at some of the examples of inverted crosses in video clips and clothing worn by popular artists. 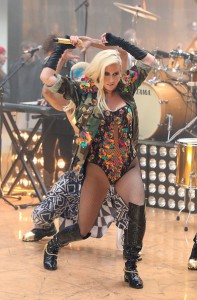 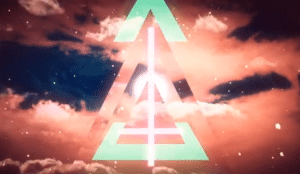 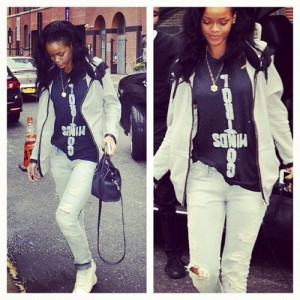 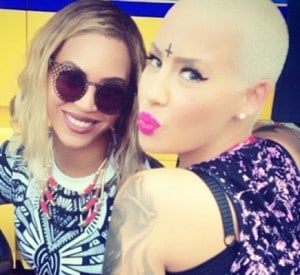 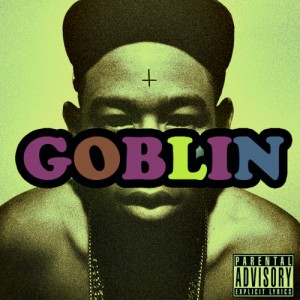