OUT OF MIND » THE INSANITY OF REALITY » FINANCIAL COLLAPSE » Banker #36 Dead Under Mysterious Circumstances: Drowned in Belgium

It has been some time since I have kept tabs on the mysterious deaths and suicides of the world’s bankers, but according to Niburu.co the count is now 36 (list below).
This is a translated version of the story of the latest dead banker who apparently drowned in Belgium.
It seems that the body of Geert Tack, of ING Bank, was recently found washed ashore near Ostend (Belgium), not far from his abandoned car.
Niburu reports (via Google’s translation service):

A missing since November 5 Belgian banker ING bank Wednesday landed on the coast near Ostend.
The 52-year-old private banker from Haaltert was described as flawless, sporty, sleek and successful.
The 52-year-old left Geert Tack on 5 November from his home in Haaltert to his work, but he never arrived. A detection message was distributed and there was a search location near the Zwin, which was found his abandoned car. 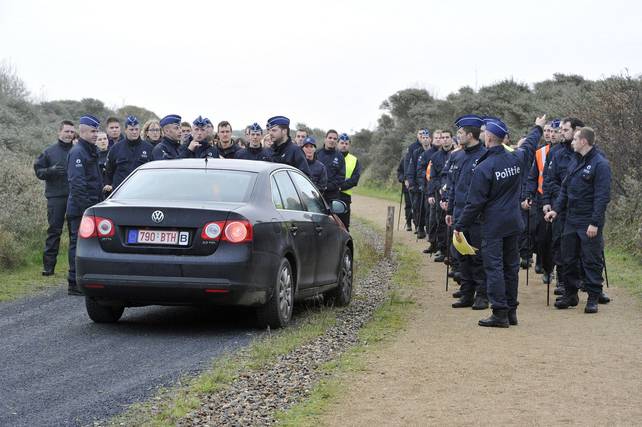 On December 3, the body was found on the coast of Ostend and removed from the water. The prosecutor confirmed today that it is Geert Tack, but it is still awaiting further results of the autopsy for the exact cause of death. The results of toxicological testing are not yet known. Parquet floor states that the body showed no outward signs of violence. In Missing was reported the following on November 15 about the missing Geert Tack: No one could have suspected that the man would not return on Wednesday, November 5th at his wife in their villa Vondelen. Or played there anyway things he had kept hidden from the outside world? Why he had in the weeks before the disappearance sometimes so difficult to get to sleep? Why he did that Wednesday morning his laptop and cell phone at home? Geert Tack worked as a private banker for ING and managed portfolios of wealthy clients. The Belgian had a lot of respect in the financial world and was known as an up and top professional. His sudden disappearance was also smashed like a bomb. “If Tack himself was having trouble he has managed to keep it well hidden”, say colleagues .. What makes the matter is that the extra mysterious circumstances under which he disappeared are rather peculiar. Tack had a few weeks earlier his car and drove inelkaar if the garage then take away a replacement car. Oddly enough, he made ​​it much later, shortly before he disappeared, use.The car, a Renault Espace, has been found in Knokke, but Tack missing to date each track. . Although a desperate act can not be excluded, there are also people who are aware that the missing part of a preconceived plan. From his position Tack had the opportunity to be there – whether or not forced by third parties -. To deal with money from his clients off It is a hypothesis that being seriously investigated by the federal police, but where colleagues want to know anything.”Something like that would never do,” said one of them certainly. “Geert is a blameless man.   So we have to do again with the mysterious death of someone important in the financial world. A thoroughly successful professional who is found dead in the North Sea. Murder or suicide? Geert Tack voluntarily crept in the icy waters of the North Sea or was he given a helping hand by someone? Anyway, Geert Tack is dead number 36 on our list of financial (top) people in strange, unnatural and often inexplicably to life come during the year 2014.

Here is an updated list of dead bankers, now standing at 36 according to Niburu:

Body counts will certainly vary depending on the source.
There is, however, no doubt that a significant number of financial executives have taken their own lives or died under suspicious circumstances in 2014.
Evidently, many of these professionals were under tremendous stress and subsequently took their own lives. But what about those who were murdered or rumored to have been “suicided”?
Is this a dire warning of something big that is about to happen in the financial world?
Or is it simply a coincidence?
Hopefully it is the latter, but with a struggling world economy showing definite signs of instability, one can’t help but entertain the idea that it could be more.

OUT OF MIND » THE INSANITY OF REALITY » FINANCIAL COLLAPSE » Banker #36 Dead Under Mysterious Circumstances: Drowned in Belgium