We Have Arrived at the Dawn of the Unknowing 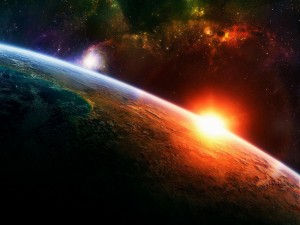 13th December 2014
By Paul Lenda
Guest Writer for Wake Up World
There is a move towards seeking to live in harmony with nature, as was once the case, and not to treat the natural world as an enemy or something to be exploited. There is a shift to an integrated, holistic, interconnected, and transpersonal way of living, and away from the individualistic mentality that stems from a belief in separateness. There is transformation from the self-centered and ego-dominant individual to the selfless and unity-oriented being. There is a shift from the competition-based mode of operating in society to the cooperative-minded means of operation. All these shifts are occurring right now and will continue to occur if consciousness continues down its current path of positive progression into the higher echelons of being-ness.
Humanity is at a defining point in its history and it has the choice to shift its collective consciousness away from the egocentric ways of old towards the unifying and selfless ways of the possible future. If such a definitive shift does not occur, we may not be able to reverse the presently occurring problems within the environment, global economies, and world cultures. If humanity chooses to collectively come together to work cooperatively so that these problems are averted and rectified, the future will indeed be a bright one. There is not much time left to make the choice that will define whether we survive and thrive, or degrade and disappear.
The choice is a serious one, but a light-hearted approach can be taken towards it. Staying positive overall is the main aspect of this shift that should be remembered. With an overall positive outlook on life and reality, this positivity will be magnified and radiated throughout the collective transpersonal consciousness of humanity in a butterfly effect of epic proportions. This shift is for the benefit not only of the individual localized field of consciousness of each person on the planet, but of the collective and unified whole of humanity.
It is worth mentioning that our overall level of consciousness, as experienced on a day-to-day basis, is a significant factor in how we perceive reality. A person whose overall consciousness state is that of anger may view the world as a terrible and dangerous place and the people in it as deceptive and malicious, whereas someone who experiences the consciousness state of love on a daily basis may see the world and all that it encompasses as being beautiful, caring, and good.
Whatever the objective reality may be, each person focuses on certain aspects of reality and chooses to interpret experiences, occurrences, and data as defined by his or her own position of awareness. The higher the level of consciousness a person experiences, the more positive everything within one’s awareness becomes. Through this positivity, positive change can occur in the world, thanks to the elevated level of consciousness now being experienced.
There may be a perception by some that in order to have a massive consciousness shift to the point where a person becomes Self-realized, there has to be a great deal of knowledge and information concerning concepts and ideas of higher levels of reality.
Fortunately, this is not the case and attaining higher states of consciousness permanently involves only a few basic things that a person has to do. These include the open-minded awareness of infinite possibilities, the kind treatment of oneself and others, and the expression and experiencing of love, happiness, compassion, will, determination, and peace.
With this mental framework in place, the doors to Self-realization and even the enlightenment experience are able to be opened. If one were to read and study for hours on end each and every day, one may begin to feel a sense of pride that one knows something or understands more than someone else, and in doing so, the ego would emerge to become a dominant force within that person’s life. This is not to say that learning various subjects and matters is detrimental or something not to be done, but rather, this is stated to illustrate how knowledge does not bring about a consciousness shift; embodying the qualities of love and empathy do.
As consciousness shifts into higher and higher states, the world and the reality around us become viewed in more macroscopic terms where the specifics simply do not matter as much as the over-arching central aspects. It is as if a person is taking away all the various components of reality and reaching into the core mechanisms that operate within it. This is the natural direction of shifts into higher states of consciousness, since specifics are seen as muddling reality and usually just creating more strife and opposition amongst people.
Concepts, ideas and thought forms that are universally understood to be real are focused on within one’s awareness. If we are
confronted with an aspect of reality that is of a specific nature, such as the verbal legitimacy of a certain political official, it does
not even come into one’s mind to attempt to confront the other person concerning such a relatively trivial matter.
A consciousness shift begins when you allow for the possibility of such an occurrence. The will and determination has to exist before such an achievement takes place. It is my hope that you will be able to expedite your own personal consciousness shift so that not only will you benefit from it, but so will the collective consciousness of the human race.
Experience the shift from fear to love. Experience the shift from anxiety to serenity. Experience these shifts and others like them, and become convinced that such a change on a global level is indeed possible.
This article is an excerpt from Paul Lenda‘s book The Creation of a Consciousness Shift, available at Amazon, Barnes & Noble, and other online retailers.

The Creation of a Consciousness Shift

From the editor…
Humanity is at a crossroads, deciding whether to live in a bright future or a dystopian dark age. Through the power of consciousness, we are choosing our own reality, and with that, we have the opportunity to affect a global and transpersonal shift in consciousness that will elevate the human collective to a much higher level of being. 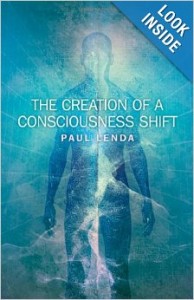 Through The Creation of a Consciousness Shift, author Paul Lenda demonstrates that such a massive shift is possible.
Paul’s words will stir up a spirit of action and change, make you question the way you think, and challenge your perception of reality. It is also one of the first books of its kind to offer scientific evidence in support of its message transcendental self-growth, as well as several tools and methods you can use to help facilitate the biggest, most positive change humanity has ever seen – a global shift in consciousness.
“The Creation of a Consciousness Shift“ is available now on Amazon.
If you want to read something with real substance that will make you think, make you question, make you wonder, make you seek… then this is a book for you. ~ Nick Grimshawe, Beautiful Summer Morning
It is a helpful compilation of wisdom from across the ages, and a compact, to-the-point set of guidelines that will serve people looking for a path to fuller humanity. ~ Dr. Roger Nelson, director of the Global Consciousness Project
Previous articles by Paul Lenda: 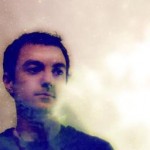 Long time contributor Paul Lenda is a conscious evolution guide, author of “The Creation of a Consciousness Shift“ and co-founder of SHIFT>, a social community of intentional evolutionaries focused on anchoring in the new paradigm and assisting the positive transformation of humanity. With the drive to be aware of and experience the wider horizon of Reality, Paul has developed an extensive background in the spiritual and transformative elements of life; one that is both knowledge and experienced-based.
Paul has spoken at various shows, events and locations including the United Nations and My Spirit Radio, and has had his articles published in magazines and journals around the world.
Connect with Paul at Shift> :