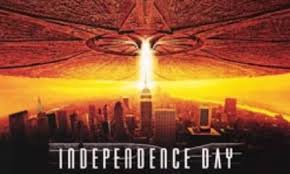 The world sets poised to go to war, the next war to end all wars. Only this time, it might be true. But what if the next invasion was not from this Earth, but from an extraterrestrial source? I am not really suggesting that little gray space aliens are going to invade the planet. However, the globalists have a plot to make you believe that this is the case. It is the Plan B from Outer Space.

IF a series of false flag events do not result in World War III and if the world ends up in a cold war, is there a Plan B which could result in the unification of all currency and governmental power under one centralized authority?

American presidents, key politicians and connected insiders have publicly wondered about mankind’s fate if the planet was attacked by alien forces without provocation. Would such an attack, such as the one depicted in the science fiction classic movie, Independence Day, result in a one world government? Well, there are some who are betting that it would and I point to the existence of the false flag Operation known Operation Blue Beam as proof of this statement.
Before exploring this point, let’s take a moment and look at what some very key people in our society have been saying about the possibility of an alien invasion.

In 1987, Ronald Reagan addressed the United Nations and asked what would happen to the differences in and among the nations of the earth if we were attacked by a hostile alien force.  This is that speech.

Bill Clinton recently appeared on the Jimmy Kimmel show. Kimmel only asked Clinton two questions during the entire interview, “What do you think about the topic of aliens, and, if you knew of the existence of aliens, would you tell the public?” In the video below, look at how contrived this whole thing was. Clearly, there was an intended message to be delivered by Clinton, while his dancing girls waited backstage.
Clinton indicated that it is his belief that “if we were to be visited some day, I wouldn’t be surprised, and it is increasingly less likely that we are alone.”
Clinton  also noted that an alien invasion type scenario would be guaranteed to unite a divided America against a common enemy if they turned out to be the type shown in the movie “Independence Day.”
Clinton’s stunning revelations assures that this will kick up some speculation that some kind of alien disclosure is near. No doubt, a fake alien invasion could be used as a false flag event designed to usher in the New World Order. It is hard to not smell manipulation when one watches the Kimmel interview as Clinton could hardly maintain a straight face.

Hillary Clinton and the UFO Question

Hillary Clinton was viewed at the Rockefeller Ranch holding a book by Paul Davies regarding the implications of extraterrestrial life.

Interestingly, Vince Foster, friend and advisor to President Clinton, was tasked with two missions upon Bill Clinton’s election. First, find out who killed JFK. Secondly, find out the truth behind the alien question. Foster, as all will recall, committed “suicide” under some very mysterious circumstances.

Dr. Rosin recounts her four year association with Von Braun, and is she is quick to point out that he predicted that mankind would have a series of “boogey men” designed to manipulate mankind on the way to a New World Order.
First, Von Braun said we would fear the Russians followed by terrorists and then we would fear asteroids and then, finally, mankind would be manipulated into believing that the earth was going to be attacked by aliens. The end game from this reign of terror would be planetary unification.

If the great of war of globalist unification fails to start in Ukraine because the leaders of the subsequently stand down because they do not have the stomach for nuclear war, will a Plan B quickly emerge?
For decades, NASA has developed space based weapons systems designed to penetrate every aspect of our lives and this plan is labeled as Operation Blue Beam.
The Blue Beam Project has four different steps in order to implement a new age religion, along with the roll out of a fake Antichrist at its head. Oh, I believe that we will see an Anti-Christ, but this will not be it. We must remember that the new age religion is the very foundation for the new world government, without which religion the dictatorship of the New World Order is completely impossible. In the final stage of the plan, it will be made clear to the people that an alien invasion is imminent and the consolidation of government will be “needed” for mankind to survive.

When an ex-President appears out nowhere and begins talking about aliens on national TV, we should all sit up and take notice. Beam is a fall back doomsday plan which will be implemented when all else fails. Is the NWO desperate enough to engage in such a plot? I think it is likely that this plan will be implemented so long as other plans of unification (i.e. World War III) fail to materialize. And when and if this plan materializes, don’t believe a single word of it, no matter how real ET seems to be. Why not? Because this event fits under the Biblical category of “Rumors of War”.
Dave Hodges is the Editor and Host of The Common Sense Show.