The American Government Loves Its People to Death

Posted on December 15, 2014 by Dave Hodges
The fundamental and fiduciary responsibility that a government has is to protect its people. Not only has the government, and its officials, failed miserably in this duty, the health policies and related oversight poses the biggest threat to the health, safety and welfare of the American people.
The absolute totality of the full frontal assault that Americans are facing at the hands of government sanctioned entities (i.e. CDC, FDA) is overwhelming in its contemplation. The present American landscape is a war zone and American citizens are the targets for the poisoning of America. 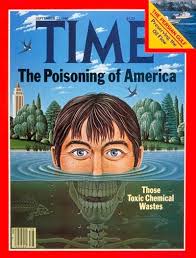 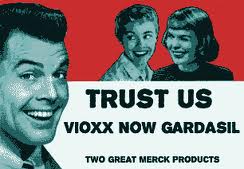 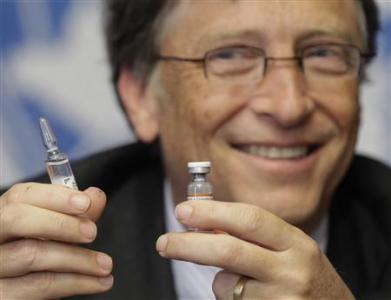 Bill Gates, the biggest purveyor of vaccines in the world.
The evidence is overwhelming, vaccines induce irreversible health effects over the long haul. The efficacy of most vaccines can be called into question because of shoddy research practices (e.g. placing the majority of high placebo response subjects in the experimental group). Our autism rates are skyrocketing and many health professions, such as Dr. Andrew Wakefield, have laid the blame at the feet of the CDC which is now operating a criminal front organization and protector of vaccine manufacturers. The CDC and Congress just indemnified all pharmaceutical companies from any legal liability.  Is the government passing legislation protecting you from your own bad acts of negligence and malfeasance?
We will be hearing about Bill Gates a lot in the upcoming months as Ebola makes a comeback. Bill Gates has donated a total of $560 million dollars to the Global Fund. The Global Fund has also positioned themselves to be in charge of the distribution of the “newly developed”, and not yet announced vaccines for TB and HIV.  Since the goal is the vaccination of every man, woman and child on the planet with multiple vaccines, Gates’ $560 million contribution to the Global Fund is chump change compared to the expected ROI. However, on deck is the Ebola virus and its new vaccines set to debut early next year.
Big Pharma has been fined billions of dollars for their fraud and unsafe practices. Gardasil manufacturers and distributors continue their full frontal assault on the health of America’s young girls. Yet, nothing every changes. The fines are simply the cost of doing business and nobody goes to jail. 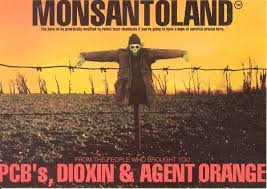 The United States has the most unhealthy diets of the G20 nations.   America leads the world in obesity and health related issues related to diet. Most modern countries, 52 in all, require their food supply to be labeled. This is especially true when it comes to GMO’s.  GMO’s are pure poison to our food supply. The American people are Monsanto’s guinea pigs and their cash cow at the same time.
As Americans, we have a fundamental right to make informed choices as to what we put into our bodies. Parents have a right to protect their children from unsafe and unproven food. However, when one goes shopping in today’s grocery stores, American consumers are playing Russian Roulette with their health because Americans are consuming unknown quantities of unknown composition from Monsanto created Frankenfoods (i.e. GMO’s).
Reporters Steve Wilson and Jane Akre revealed the shocking truth that natural “foodists” have suspected for quite some time, in that almost all of the milk sold in the United States is a cancer-causing concoction full of a growth hormone manufactured by Monsanto called ‘Posilac,’ or ‘BGH,’ otherwise known as ‘rBGH’ or bovine growth hormone. The end result Fox piece was a damning condemnation of Monsanto and what it was doing to the nation’s milk supply.
On the Friday before Monday’s air date, Monsanto’s lawyer faxed a letter to Roger Ailes, the head of Fox News in New York, claiming that the series was biased and unscientific. Fox pulled the series for “further review.”
After the Florida station’s general manager, who had a background in investigative reporting, meticulously verified the damning contents in the show, he verified that every statement was accurate and unbiased. The station re-scheduled the series for the following week. Monsanto’s attorney immediately sent another, more strongly worded letter to Ailes, this time indicating that the news story “could lead to serious damage to Monsanto and dire consequences for Fox News.” The airing was postponed indefinitely and public safety “be damned”.
Fox fired the Florida station’s general manager and news manager to avoid Monsanto’s threatened retribution. Reporters Akre and Wilson “were [url=http://www.foxbghsuit.com/exhibit q.htm]repeatedly instructed[/url] to include unverified and even some outright false statements by Monsanto’s dairy research director.” In one instance, they were told to include a statement that milk from rbGH-injected cows is the same and as safe as milk from untreated cows. The reporters said that management even threatened to fire them if the statement was not forthcoming in the upcoming report. In other words the fix was on and Fox became Monsanato’s partner in crime and the public’s health was the end result.
When the now beleaguered reporters showed the evidence to Fox’s lawyer that Monsanto’s claims were not true, Fox’s lawyer replied, “You guys don’t get it, it isn’t about whether you have your facts right or whether it’s true. It’s the fact that we don’t want to put up $200,000 to go up against Monsanto.”
Fox suspended the two reporters and then subsequently fired them. Akre and Wilson sued the Fox station based upon whistle blower protection laws and won. The jury awarded Akre $425,000, agreeing that her dismissal was in retaliation for her threat to tell the Federal Communications Commission (FCC) about the station’s plan to report false information on television and that the withholding of that information would endanger the public’s health and welfare.
On appeal, the case was overturned. It turns out that lying on TV is not against the law. The FCC’s policy against news distortion is a policy, not a “rule, law, or regulation,” so the Florida’s whistle-blower law did not apply. Furthermore, in a move certain to chill future whistleblowers, the court used the “Non-Prevailing Party Pays” provision of the state’s whistleblower protection act to rule that Akre and Wilson pay nearly $200,000 of Fox’s legal fees.
Welcome to America where we bankrupt reporters for trying to save the public’s health and Monsanto is rewarded for intentionally bringing harm to our citizens as the American legal system perverts the law to protect the guilty and harm the innocent.

French Prime Minister Jean-Marc Ayrault says he is prepared to call for a wider European ban on genetically modified produce following an alarming new study that throws the safety of the food into doubt. The European report, based upon a French study on GMO’s  and their health effects on rats, claimed that 200 rats fed GM corn produced by Monsanto had suffered the growth of life-threatening tumors the size of ping-pong balls.
Monsanto has been strangely silent on the matter. However, French scientist, Joel Spiroux, has called for new rules on GMO foods as he stated “Current regulation tests are conducted over three months, but the really serious diseases, such as the death of rats due to tumors, occur only in the fourth month. “Therefore these tests give no real information about the effects of genetically modified food on health over a lifetime.”
The lesson here is simple, the American people have found one more government agency that is in the hip pocket of a corporate oligarchical structure as the FDA cannot be trusted to carry out its mandate to protect the American people. Meanwhile, American diabetes rates, cancer rates and obesity rates skyrocket in comparison to the rest of the world where GMO foods are labeled and can be easily avoided by an aware public.


Even liberal Hollywood figures have spoken out against Monsanto’s GMO’s as we see in the following video.

The Tip of the Iceberg 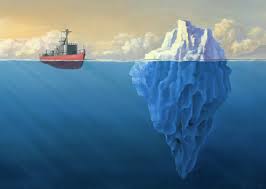 This article does not even scratch the surface. Our water is being poisoned. Our cell phones have scientifically been linked to brain cancer, despite the FDA’s best attempts to obfuscate the truth. We have witnessed the rise of mystery illnesses of which the government is fully aware. Federally mandated [url=http://www.thecommonsenseshow.com/2014/12/15/the-american-government-loves-its-people-to-death/bulbs contain dangerous amounts of mercury]light bulbs [/url]are highly toxic and if broken, pose a series of dire health threats. Of course no discussion on this topic would be complete without a mention of Fukushima in which the government changed its threshold of safe radiation and increased it by a factor of 10 following the Fukushima meltdown. Some estimates place the radiation levels at 50,000 times the previous levels. Ocean life and soon to be human life are going extinct in the path of the radiation cloud and the danger is nowhere close to being over. And let’s not forget about Gardasil, VIOXX, Obamacare’s death panels, and the quarter of million of us that will die to due to managed healthcare restrictions on treatment protocols in hospitals. Twenty thousand people, in Phoenix, have awakened to the fact that the smart meters are a significant threat and have demanded their removal and the numbers are growing. I am sorry we did not have the time or the space to mention MSG, dental fillings and of course, the globalist favorite, transhumanism.
The American government and this present administration do indeed love its American people to death.
Dave Hodges is the Editor and Host of The Common Sense Show.

» It’s Clear – Since the 2020 Election – Joe Biden and His Gang Are Scared to Death of Facing the American People
» The Underworld Death Dealing Practices Of The Elite | Birth, Marriage and Death Estate Are Seized and Traded By The Government
» What will it take for things to end well? The American Death Party
»  How Corrupt Is the American Government? See For Yourself
» The Truth about John McCain: The Life and Death of an American Traitor