OUT OF MIND » PERCEPTUAL AWARENESS ~ WELCOME TO WOOVILLE » THE SHIFT IN CONSCIOUSNESS » Why Does the World Shadow Government Destroy its Own Home Planet?

Why Does the World Shadow Government Destroy its Own Home Planet?

Cosmic Convergence, Contributor
Waking Times
Don’t these people live on the same planet, work in the same world, and play on the same turf as the rest of us?!
Don’t they drink the same water, eat the same food, breathe the same air?
Truly, the leaders of the World Shadow Government (WSG) have soiled their own nest in ways that are forever irremediable and irreversible. Sounds totally crazy, doesn’t it? That’s because it is! However, the question still remains —–>
Why? … WHY?! … … WHY ?!
If ever there was a 64,000 dollar question, THIS IS IT.
Why would TPTW (The Powers That Were) destroy their own home … ruin their own living environments … spoil their own stretches of beautiful and pristine beaches, and mar their mountaintop enclaves. Does acid rain somehow avoid their hidden chalets? Do oil spills decide not to wash up on their private shorelines? Do the different vectors of dissemination of radioactvity conveniently discriminate in their favor?
If there is one question which permeates every nook and cranny of the alternative internet culture and is asked more than any other, this is the one in 2012. Why do those who populate the peak of the New World Order hierarchy pursue an agenda of relentless planetary destruction?
There are three primary reasons why the World Shadow Government has permitted the unmitigated and ongoing destruction of the planetary environment … on every level … in every sphere of life … on every continent … in every ocean. There are in fact more than just these 3 reasons, but these are the prime movers. These are the underlying, overarching explanations, which simply cannot be refuted.
For those who want the short story, it is as follows:
I. End-Time Madness prevails around the world during the end of the Kali Yuga
II. The Kali Yuga is always known for a proliferation of mind-altering drugs and chemicals coupled with genetic mutation and years of inbreeding among the ruling families.
III. The end days of Kali Yuga are always defined by technospheric breakdown, environmental destruction and societal degeneration
How do these three statements inform the previously stated fact of life on Planet Earth in 2012? That those who reside at the pinnacle of worldly power have clearly allowed, and even encouraged, the systematic destruction of the entire earth realm.
I. End-Time Madness prevails around the world during the end of the Kali Yuga
Those who operate at the peak of the Global Control Matrix (GCM) are subject to all the same daily influences that you and we are. They suffer the same ailments, eat the same food, and grow old in the same ways. Since they are vulnerable to the same environmental risks and dangers, health-undermining co-factors and variables of living life in the 3rd density as the rest of us, they do get sick just like everyone else. The many life-threatening diseases and chronic illnesses, which abound throughout the world, are not safely avoided by them.
In fact, the stresses that exist at their level of planetary administration are many and diverse. The pressure is pretty darn high … all the time. When you’re so challenged mentally, emotionally, psychologically and spiritually, and you’re in the driver seat within the GCM, you can imagine the degree of stress. No, you really can’t. We’re talking LOTS of stress, which always serves as the number one trigger for all that ails us here on earth.
What’s the point? Once these folks are captured by their fancy version of the healthcare system, their physical health and mental faculties will deteriorate. Just as the rest of society experiences physical degradation after being regularly exposed to the health- destroying toxicities associated with the medical-pharmaceutical complex.
Because they do have privileged access to the best and the brightest throughout science and medicine, they are vulnerable to all of the flawed approaches that the ‘best’ science/medicine can buy. The same medical complex, which has forever captured them, also has ways of ensuring that no one ever leaves the reservation, especially at their level of involvement. Therefore, you can imagine how being locked in for life can feel rather suffocating, particularly for those who have a more refined code of ethics and are independent thinkers.
When one is born into the upper echelons of the GCM or WSG, and nothing but your last name keeps you imprisoned in such a system of leadership over global management and control, the experience will inevitably become oppressive. And so it does! To the point where each individual is trapped in a crucible of sorts which has its own set of trials and tribulations. Of course, these positions also come with awesome perqs which are illusory at best, personally destructive at worst.
The End of Kali Yuga: When the craziest among us are running the asylum
How deeply do we have to explore this subject to adequately answer the question in the title? 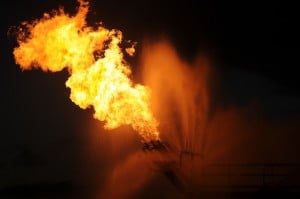 This third and last answer to the question in the title is as causal in nature as it is an effect of the very nature of the Kali Yuga. You see, the Kali Yuga is the final age of an epoch punctuated by this current Age of Quarrel, as it is also defined by the three preceding yugas. Each of these progressively longer eras descends into times of greater chaos and disorder. Ultimately, the epoch reaches completion with the end of the Kali Yuga, culminating with the appearance of Lord Kalki. Yes, He has come and gone, and only a very few knew of his earthly incarnation.
The obvious political anarchy, social pandemonium and economic/financial mayhem which exists everywhere around the globe is a reflection of this Age of Conflict. The longer the status quo is allowed to continue, and the more the global population increases, the greater the magnitude of problems on every front. Competition for scarcer resources coupled with unparalleled earth changes only serve to magnify the awesome challenges we face as a world community.
More than ever humankind is being compelled to live in harmony and peace to address these obstacles. Instead many are moving in the opposite direction. This is the result of man’s inhumanity to man as witnessed throughout so much of today’s ‘civilization’. When the human race loses it ability to think and act rationally and ethically, what else could be expected. The inexorable densification of spirit and matter over the course of the Kali Yuga is designed to produce the hapless outcomes we see all around us. 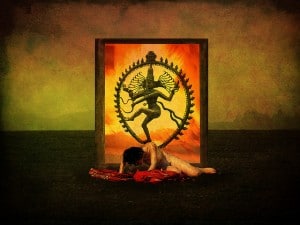 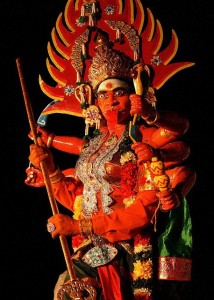 OUT OF MIND » PERCEPTUAL AWARENESS ~ WELCOME TO WOOVILLE » THE SHIFT IN CONSCIOUSNESS » Why Does the World Shadow Government Destroy its Own Home Planet?