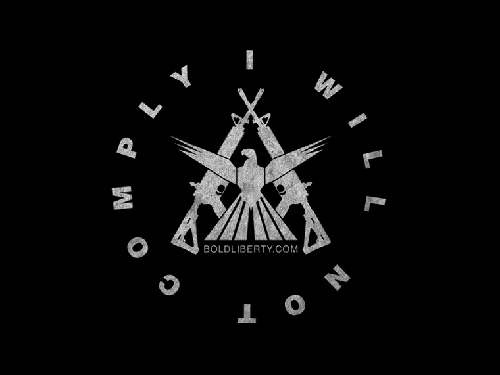 Last Saturday, one of the largest open carry protests happened in front of the state capital building in Olympia, Washington, to protest the passing of I594. This outrageous piece of legislation was ostensibly written to enact a system for universal background checks.
While simple on paper, in practice this law makes it illegal for residents of Washington to lend their firearms to anyone, or to so much as hand their weapons over to a friend. For those of you who are gun owners, you’ll recognize this as something you’ve done numerous times without a second thought. It basically makes every gun owner a criminal.
The event was organized by activist Gavin Seim, who described the gathering by saying “This isn’t just a protest, we are here to openly violate the law“.


The event went off without a hitch. Thousands came together on the front lawn of the capital building, armed with a myriad of weapons. They broke the law in full view of the police; some by passing their guns to fellow protesters, while others offered their firearms for sale.
What’s even more interesting, though not surprising, is the nearly complete lack of response from the mainstream media. So far only a few local news outlets have picked up the story while the rest of the dinosaur media decided to completely ignore one of the biggest open carry protests in recent history. There’s barely any footage to be found.
Not only did these folks come to the state capital armed, but they publicly violated the state’s unconstitutional law in front of the police, and nobody was arrested. And yet there hasn’t been a peep out of Fox or CNN
I guess their corporate handlers learned their lesson after the extensive coverage of Bundy Ranch. They don’t want you to know that when enough people come together to break the law, that law becomes unenforceable. In practice, it becomes null and void. They don’t want you to know that you can stop these unconstitutional violations, and they certainly don’t want you to know that you are not alone. There are millions of people who don’t want to put up with this, and if they come together they can stop any gun grab.
Joshua Krause is a reporter, writer and researcher at The Daily Sheeple. He was born and raised in the Bay Area and is a freelance writer and author. You can follow Joshua’s reports at Facebook or on his personal Twitter. Joshua’s website is Strange Danger.
Editor’s Note: I found some nice video footage with Sheriff Mack, who was in attendance. Here you can see shots of the crowd which was estimated to be approximately 5000 people by Sheriff Richard Mack: