OUT OF MIND » THE INSANITY OF REALITY » FINANCIAL COLLAPSE » Free Fall of the Ruble: Who’s Behind it? A Ploy of Russia’s Economic Wizards? Whose Chess Game?

Free Fall of the Ruble: Who’s Behind it? A Ploy of Russia’s Economic Wizards? Whose Chess Game?

Free Fall of the Ruble: Who’s Behind it? A Ploy of Russia’s Economic Wizards? Whose Chess Game? 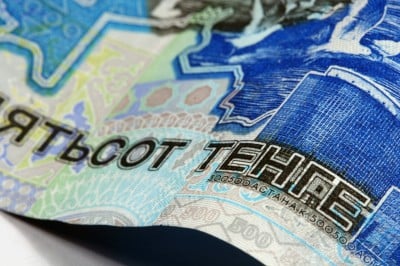 London Threatens Putin with a “Coup”

Dec. 19, 2014 (EIRNS)—During Russian President Vladimir V. Putin’s annual year-end press conference yesterday, a journalist from British Intelligence’s Reuters new service threatened him with a “palace coup” in a bizarrely inappropriate, “in-your-face” question. The threatening, bizarre, and in-your-face character of the question, precisely echoed the hubris with which Obama administration officials have collaborated with Sony Pictures to produce a movie, “The Interview,” about the assassination of a current head of state: North Korea’s Kim Jong-Un.

In that Thursday press conference, Alexei Anishchyuk of Reuters said:

“Good afternoon, Mr. Putin. In the last year Russia has been engulfed in what could be called one of the gravest crises in its contemporary history. It all started at the end of 2013 with the developments in Ukraine, followed by a deterioration in relations with the West, reminiscent of the cold war, and in recent days we have been witnessing an acute currency exchange crisis, which could grow into a financial and economic crisis. The risks are there. I know all too well that you often tend to blame some external forces for everything. I also know that some in the Russian elite, from your inner circle, who are the most well-informed people in Russia, despite all their public statements, tend to lay the blame for some things on you, as the person who has been in charge of taking all the key decision in Russia for the last 15 years.”

After Putin jokingly asked for the names of the complainers and Anishchyuk said he couldn’t provide them, the latter continued:

“My question in this respect is the following: To what extent are you confident that your inner circle unconditionally supports you? Do you see any risk of a government coup or even a palace coup? You have stated on a number of occasions what you would do in case of an ‘orange revolution’ or, God forbid, a ‘red revolution.’ But do you have a plan in the event of treachery in your inner circle or a palace coup? Thank you.”

This bold London threat to Putin was already being circulated before the news conference. Time magazine put out a Dec. 15 article titled, “What Russia’s Ruble Collapse Means for the World,” which ends by asking, “But what does an authoritarian leader do in such a situation? Back down or crack down?… Either way, the consequences are too miserable to contemplate, both for Russia and the world in general. The only other way out is for Putin to be replaced in a palace coup.”
The Hill featured a grislier Dec. 13 article, “Putin Could Be Finished.” And a Dec. 16 article in International Business Times asked: “Will Russian Ruble Collapse Trigger a Military Coup against Vladimir Putin?”
In view of Lyndon LaRouche’s recent warnings that the British Empire is likely to target certain leaders for assassination in this period, these warnings of a “coup” may be a cover for such assassination preparations.
source »

OUT OF MIND » THE INSANITY OF REALITY » FINANCIAL COLLAPSE » Free Fall of the Ruble: Who’s Behind it? A Ploy of Russia’s Economic Wizards? Whose Chess Game?

» Disclosure: The Chess Game Continues. Can You Find the Strategy?
» The Julian Assange Marshall's Gambit Chess Game Observation
» Hundreds of birds fall from the sky in Russia
» Coronavirus End Game: The Economic Crisis and Roll-Out of the New Digital Financial System
» Mystery as INSECTS fall from the sky during blizzard in Russia