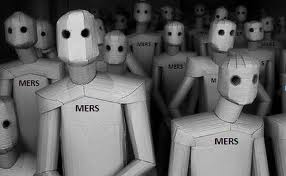 Because of Robo signers, and at the present rate, it will not be long until private home ownership will become a rare event.
MERSCORP Holdings, Inc. is well known for being an organized criminal enterprise. Their assets should have been seized and its corporate officers along with the minion robo signers should all be in prison. However, Americans are increasingly living in a country with no rules, for it was announced yesterday that the U.S. Court of Appeals for the Eighth Circuit affirmed the ruling by the District Court of Minnesota that there is no mandatory recording requirement under Minnesota law and this led to the the dismissal of the complaint by 87 Minnesota counties against MERS for failing to legally file titles upon resale or transfer.
On several occasions, I have interviewed Dave Krieger, the author of Clouded Titles. He asserts that MERS must present a chain of custody pertaining the to the title of home which follows every sale (your title). The popular phrase which surfaced five years ago “Show me the note” was reflective of the belief that before a bank, or a title company repossess your home, the bank/title company must show a complete chain of custody of the note in a court of law. Krieger has provided inservices for various District Attorneys around the country.
In the case of The County of Ramsey and the County of Hennepin, v. MERCORP Holdings, Inc., Mortgage Electronic Registration Systems., et al., the two counties, on behalf of eighty-seven Minnesota counties, filed a class-action suit alleging that the Lenders’ use of  MERS System deprived the Counties of recording fees for mortgage assignments by allowing parties to bypass recordation with the Counties causing the loss of statutory recording fees, and creating gaps in chains of title. The counties assert that they are being denied revenue from the failure to file each and every home mortgage following a sale. More importantly, this practice leaves homeowners, who may be current on their mortgage payments or may have totally paid off their home mortgage, to being vulnerable to having their home seized because they might be paying the “wrong” mortgage company.  In other words, America, when you write out your mortgage check, you cannot be sure that the company that you are writing the check to really holds the note to your home.
Ray Charles could see that this practice is wholly illegal and fraudulent. EVERY SINGLE HOMEOWNER IN AMERICA IS NOW VULNERABLE TO THIS HEINOUS PRACTICE!
The Eighth Circuit also declined to certify a question to the Minnesota Supreme Court as requested by the Counties of Minnesota. The Circuit Court erroneously ruled that, “ … because we believe Minnesota case law establishes that Minnesota law imposes no duty to record a mortgage or a mortgage assignment with the county recorder…”
This is where the ruling gets interesting and casts the court in the light of being a criminal accomplice after the fact. The Circuit Court amazingly cited a number of Minnesota Court cases interpreting the Recording Act that find that recording is permissive. (See e.g., Jackson v. MERS). The Court proclaimed that the district court held that the wording “shall be recorded” in the Recording Act does not require recordation of land transfers, but instead informs parties where they should record their instrument if they desire the benefits of recording the security instrument, namely providing notice of the lien and its priority. In other words, it is now legal to steal and to commit conspiracy in hiding the fact that the bank/title company is engaged in theft.
To add insult to injury, the Eighth Circuit held that a county did not and cannot state a claim for unjust enrichment or public nuisance against MERS “when there is no duty under state law to record mortgages or subsequent assignments.” In other words, it is legal for MERS and their related organization to reap benefits from this criminal enterprise system.
Understandably MERS was thrilled with the ruling; “We did not believe the claims behind this case had merit,” said MERSCORP Holdings Vice President for Corporate Communications, Janis Smith. “The appellate court’s ruling, once again, confirms the legality of MERS and its business.”  Legal to steal? Thank you Ms. Smith, you are setting a fine example for your friends and children with your twisted view of justice.
This case begs the question, where do Americans seek relief from injustice?
Dave Hodges is the Editor and Host of The Common Sense Show.