OUT OF MIND » TRUTH IN CONSPIRACY THEORIES? » CONSPIRACY & FALSE FLAG EVENTS: PAST & PRESENT » Who Hacked Sony?

View image | gettyimages.com
Sony Pictures, foolish they, decided to make a satirical film about the future possible assassination of Kim Jung Un, the eccentric head of North Korea. And as a result someone decided to hack Sony’s internal electronic files and then to spread the findings that they found in public.
The results were devastating to Sony. Some reports say that Sony faces a loss of almost $300 million. Because the mysterious hacker threatened violence against anyone showing the film, Sony decided not to release it – and the film (“The Interview“) cost $40 million to make. But even more so, the revelations from the hacked emails showed all sorts of things that Sony would have wanted to keep quiet. Employee complaints. Internal criticism of marketing strategy. Lack of fiscal responsibility in the way films are made (this is news? “The Interview” cost $40 million to make). The details are unimportant here. The consequences are the focus.
As a result of all of this, and Sony’s decision not to release the film, we have an international scandal — even though Sony will now attempt a limited release. The United States declared that North Korea was responsible for the hacking and initially appeared ready to act against North Korea to retaliate. North Korea warned that it would counter-retaliate if this occurred. The United States then declared that what North Korea had done was not an “act of war” but “cyber-violence.” Yet the shouting went on, and still goes on.
North Korea then took a different tack. Emulating Syria when the latter was accused of using chemical weapons against its own people, North Korea call for a joint investigation of the cyber attack. But the United States rejected the idea and called for North Korea to compensate Sony for what it did. And then shortly thereafter, North Korea began to lose its Internet connection! (Who was responsible for that? The U.S.? Or was North Korea trying to show that the U.S. was retaliating?)
Whoa! Let’s step back for a moment.


Who actually did the attack? Perhaps North Korea? But maybe an unknown third party. And maybe – just maybe – the United States. Shades of “Wag The Dog.”

Who actually did the attack? Perhaps North Korea? But maybe an unknown third party. And maybe – just maybe – the United States. Shades of “Wag The Dog.”
Is there a solution to all of this? Yes. There should be a joint investigation, but with a twist. The investigation should include a panel of three: one from the U.S., one from North Korea, and one from the U.N. And there should be a stake in the outcome: whoever is responsible should compensate Sony for the loss of the film and perhaps other costs.
This sort of approach could just possibly lead to a greater understanding of our wacky world – and it might be an entree into better relations between North Korea and the United States, particularly if it turns out that a third party were responsible.
On the other hand, if North Korea rejects the idea of paying compensation, that may tend to show that it is really responsible. And if the United States rejects the idea of doing a joint investigation and possibly paying compensation then it is almost admitting complicity. 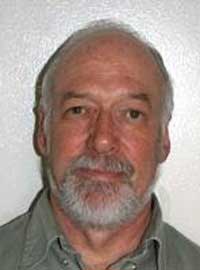 So this sort of situation – like the one in Syria – tells us how to solve it. The nation accused of wrongdoing should be invited to participate in a joint investigation, so long as it is willing to pay compensation if it is found to be the culprit. And the accuser should also participate in the investigation, but it should also agree to pay compensation if it is found to be the one at fault. And there should be a neutral third party in the investigation as well.
Shouldn’t that be the way the world works towards peace? A joint investigation with agreed consequences gets us working towards solutions instead of being mired in murky accusations. This works, particularly in a situation which is less an act of war than a bit of nastiness.
Come on, people! Get together to solve problems. Throwing eggs and tomatoes accomplishes nothing.
Michael T. Hertz

OUT OF MIND » TRUTH IN CONSPIRACY THEORIES? » CONSPIRACY & FALSE FLAG EVENTS: PAST & PRESENT » Who Hacked Sony?