OUT OF MIND » PERCEPTUAL AWARENESS » THE SHIFT IN CONSCIOUSNESS » How To Open The Doors Of Perception At Will, Without Psychedelics

How To Open The Doors Of Perception At Will, Without Psychedelics 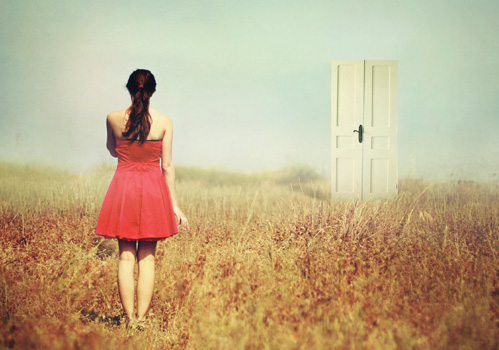 “The door to the soul is unlocked; you do not need to please the doorkeeper, the door in front of you is yours, intended for you,  and the doorkeeper obeys when spoken to.” -Robert Bly

What if you found out there was a key that would enable you to open and close your doors of perception at will, void of psychedelics? What if you found out you not only held the key, but you were the key? Would you unlock the doors, or keep them shut?
Well, you are the key, and whether or not you choose to enter through the doors is a choice that, although invisible, is life changing. You are the vehicle for the trip, consider this but a mere travel summary. And for a detailed itinerary?  Well, that can only be fetched by you -not the part of you reading this, but the altered dream state part of your consciousness that will travel beyond the doors of perception to the wildness of the world where there is a livingness to all things- as it can only be found in a place with exclusive access. A place where you can travel, but no one may follow -not even the conscious, waking state version of yourself scanning these very words.
If you have experimented with psychedelics, you most likely know what it is like to sense the type of “livingness” to all things of which I speak. Even if you haven’t used psychedelics, though, you almost certainly have still experienced this same livingness to all things in the world around you to a noticeable degree at least once, but probably various times as a child -a moment where the world around you took on a shimmery glow, colours suddenly appeared brighter, sounds louder and clearer, physical sensations amplified and, most notably, you could FEEL the world around you.
I am not referring to the physical, touching type of feeling, but to the intangible, energy sense of feeling where you could almost feel the luminosity of the world around you within, and you and the luminous rested in harmony as if you were one. You were present, your perceptions altered, your senses heightened. In short,  your sensory gating channels opened to some degree, a process more commonly referred to as opening your doors of perception.

Sensory Gating Explained: The Science Behind the Doors of Perception

The “doors of perception” are the part of our brain and central nervous system responsible for filtering input from all external stimuli, involving all of your senses -feeling (both physical and nonphysical), sight, sound, taste and smell. This process, known as “sensory gating,” enables us to decipher the difference between “me” and “not me.” Through sensory gating, we are able to manage and comprehend the constant stream of sensory data from the external environment. Without it, we would be unable to filter out what matters and what doesn’t, and all sensory data would touch us deeply and ultimately, we would become overstimulated and overwhelmed and go “crazy” -according to modern medicine, that is.
You see, many of the people who are now referred to as “schizophrenics” have wide sensory gating channels that they do not know how to close, causing an overload in stimulus.  In indigenous cultures, these people would have instead been called SHAMANS, and would have been taught how to control their doors of perception and open and close them as need be. There are ways to begin opening the doors of perception, or sensory gating channels, without using psychedelics. Of course, the experience will not be as intense or immediate, but nor will it be short lived.
Rather, by utilizing practices that help open your sensory gating channels to some degree by altering your state of consciousness, you learn to open the doors of perception into the metaphysical background of the world and continuously uncover deeper truths to yourself and the world around you. In essence, playing with the doors of perception in this manner, rather than through the use of mind altering substances, allows you to do more than have a life changing experience in which you see the deeper meanings to life for a brief period of time (i.e. a “trip”), but to change your life where every moment is an experience in a continuous journey into further, unexplored depths of life.
Listen to Aldous Huxley’s in depth description of the doors of perception, and the mechanisms through which the mind opens and closes them here.

“ …those who have experimented with hypnosis find that, at a certain depth of trance, it happens not too infrequently that subjects, if they are left alone and not distracted, will become aware of an immanent serenity and goodness that is often associated with a perception of light and of spaces vast but not solitary.”(Aldous Huxley, The Devils of Loudon 99).” 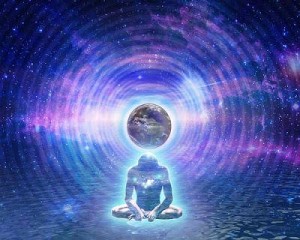 Practicing hypnotherapy and/or meditation on a regular basis is an excellent way to begin dabbling into the metaphysical backgrounds of yourself and of the world by tapping into your subconscious, into otherwise ignored parts of your mind. These practices help open doors in the mind where things such as past traumas that are holding you back have remained imprisoned for years, desperately waiting for you to free them and thus yourself. Meditation and hypnotherapy are also great tools for getting in touch with your intuition, helping you to see the bigger picture of current problems, allowing you to focus on the deeper truths and lessons they withhold rather than getting trapped in the mundane surface details of your problems. In fact, when observed in this light, they eventually cease to be problems and are instead rendered avenues of inner exploration and growth. Here are some guided hypnosis and meditation sessions that may be of benefit.

The 6th sensory channel, also known as the feeling capacity, refers to the ability of humans to feel, as opposed to touch. It refers to the invisible

type of feeling, as opposed to the feeling sense of physical touch embodying the ingredients of the five senses of human beings. One is invisible and subjective, the other solely portrays the mostly objective experience of physical touching, of feeling the texture of a person or object. The feeling sense referring to the ability to feel the invisibles describes the feelings that stir within as we encounter various experiences in our day to day life, sometimes called a sixth sense, or the sixth sensory channel. To better understand the sixth sensory channel, consider the following example: you come home from work and ask your partner what’s wrong.
“Nothing,” they brashly reply.
But, by the tone of their voice, you know nothing means everything, and that you better respond with something along the lines of, “please tell me what’s wrong,” unless you want to endure a silent dinner -one that also evokes a feeling sense, as the silence speaks volumes and is filled with tension, making you uneasy-  and sleep on the couch that night. Simply put, awakening to the feeling sense that is not often spoken of as it is not included in the five senses that we are taught we have, cultivates your feeling capacity, your ability to feel the invisible, unspoken and unseen meanings of situations, and of things both yourself and others do and say.
In order to develop your feeling capacity, pay attention to the way things feel. Interpret situations with your heart first, then your thoughts. For a deeper understanding of the sixth sensory channel and how you can begin  to reclaim your feeling sense, consider listening to this in this interview with Stephen Buhner.
Sources

http://www.hypnotherapycenter.com/art_mld.html
http://www.hypnos.co.uk/whitlark2.htm
http://realitysandwich.com/226580/stephen-harrod-buhner-on-reclaiming-your-feeling-sense-rewild-yourself-podcast/
http://naturalhealthtechniques.com/developing-your-sixth-sense.htm
‘Plant Intelligence and the Imaginal Realm: Beyond the Doors of Perception into the Dreaming of Earth,’ by Stephen Harrod Buhner
‘The Doors of Perception and Heaven and Hell,” by Aldous Huxley

OUT OF MIND » PERCEPTUAL AWARENESS » THE SHIFT IN CONSCIOUSNESS » How To Open The Doors Of Perception At Will, Without Psychedelics