OUT OF MIND » PERCEPTUAL AWARENESS » OTHER DIMENSIONAL » Are Paranormal Incidents Really Just in our Heads?

Are Paranormal Incidents Really Just in our Heads?

Are Paranormal Incidents Really Just in our Heads? 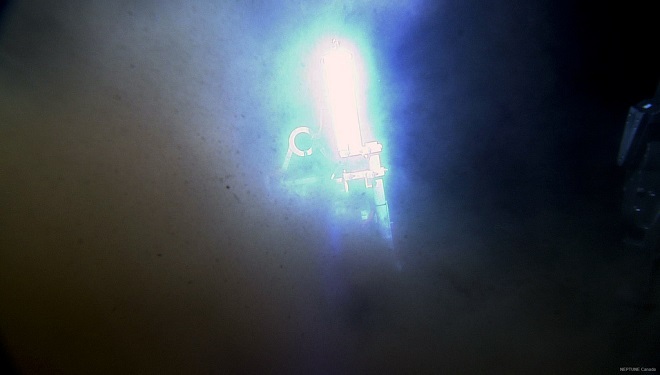 Jenny Lewis view more articles
18 December 2014 14:00
Facebook 43 [url=https://twitter.com/intent/tweet?hashtags=&original_referer=http%3A%2F%2Fwww.topsecretwriters.com%2F2014%2F12%2Fparanormal-incidents-really-just-heads%2F&related=undefined&source=tweetbutton&text=Are Paranormal Incidents Really Just in our heads?&url=http%3A%2F%2Fwww.topsecretwriters.com%2F2014%2F12%2Fparanormal-incidents-really-just-heads%2F&via=https://twitter.com/topsecretwriter]Twitter[/url] 21 [url=http://pinterest.com/pin/create/button/?url=http://www.topsecretwriters.com/2014/12/paranormal-incidents-really-just-heads/&media=http://www.topsecretwriters.com/wp-content/uploads/2014/12/apparition-660x375.jpg&description=Are Paranormal Incidents Really Just in our Heads?]Pinterest[/url] 0 Google 2 [url=http://www.linkedin.com/shareArticle?mini=true&url=http://www.topsecretwriters.com/2014/12/paranormal-incidents-really-just-heads/&title=Are Paranormal Incidents Really Just in our Heads?]LinkedIn[/url] 2
Have you ever felt a chill in a warm room or swear you saw a shadow move? You may believe that you’ve witnessed something paranormal but some researchers claim that all paranormal experiences are in our minds.
It is a scientific fact that some people’s experiences of seeing apparitions, hearing strange noises or items being moved without being touched can be explained by the witness suffering brain damage (1) or exhaustion, or abusing drugs or alcohol.
Out of body experiences are now an accepted neurological condition (2) and it has been proven that sufferers of epilepsy may hallucinate and see shadowy apparitions (3).
So of course, some paranormal experiences are in our minds. Just as other experiences can logically be explained by the design of certain old buildings sending echoes of people walking to where there is no one or glare on a camera lens forming a ghostly glow.
What this all proves is that the human brain is incredibly complex.

During brain surgery, the feeling of a presence nearby can be created by stimulating a certain part of the brain (4). This could explain those ghostly feelings when you think someone might be standing behind you, but when you look you’re alone.
Humans are also social creatures and we feed off one another. If one person is scared, those around him will pick up that fear. If that person is in a known haunted room and fearful, the people accompanying him will usually pick up on this. When we become scared, we notice things we wouldn’t normally, such as that creaky door that opens slightly in the draught, or the way someone’s footsteps echo down a corridor.
Professor Richard Wiseman and Tapani Riekki are two researchers who have individually investigated whether paranormal incidences might all be psychological.
Riekki, the University of Helsinki, worked with both sceptics and believers using a brain scanner to understand what happens to our minds when experiencing something paranormal (5). He discovered that the believers had greater activity in the parts of the brain that respond to understanding others motives. These were the people who were more likely to find hidden faces in images and meaning and intention where there might not consciously be any. These believers, Riekki argued, were more likely to see a shadowy figure where there was no one.
While this study does show that paranormal experiences do not have to be real to be seen, it hardly proves that all paranormal incidences are in our minds. Rather, it suggests that people who believe in the paranormal are more likely to be empathetic than the sceptics. 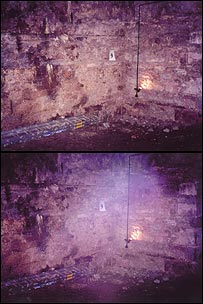 Professor Wiseman, University of Herefordshire, conducted a paranormal investigation in the Edinburgh Castle dungeons and the Edinburgh Vaults using volunteers who recorded what they saw and felt. Surprisingly he found that individual experiences focused in certain areas rather than sporadically, and these areas correlated with the reportedly most haunted places. For example, 51% of the experiences happened in the haunted Vaults, compared to 35% in the non-haunted Vaults (6).
Wiseman, a professed skeptic, explained this phenomenon being due to the environment as well as psychological matters. The majority of experiences happened in the larger, high ceilinged Vaults where the corridor was darker than the vault.
Rather than suggesting that ghosts perhaps enjoy a bit of room to do their haunting, Wiseman believes that the darker corridor inspires anxiety in the visitors. It represents the unknown, especially as it is their escape route from the Vaults, and this in turn creates an illusion of a haunting.
Wiseman has gone on to contradict himself by suggesting that while ghosts don’t exist, some places are indeed haunted. This explains why people from different countries, cultures and ages will have the same experiences in the same places (7).
In this sense, hauntings are not made by ghosts but are created by a specific environment that naturally causes our brains to create the experience, such as those corridors in the Edinburgh Vaults. 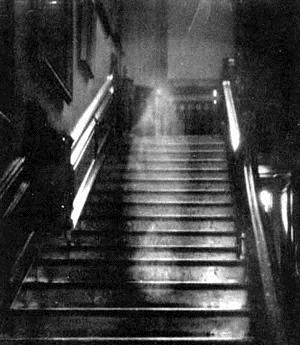 We’re wired to have very weird experiences,” says Prof. Wiseman (8) although the reasoning is a little vague. In this modern day, he claims, “We shouldn’t be thinking about magical forces and pixels and ESP and so on.” (7)

But why not? The majority of paranormal experiences may be in our minds, but there are some incidences that cannot be easily explained and that is part of what makes life interesting.
References & Image Credits:
(1) NIH
(2) BBC
(3) [url=http://www.ncbi.nlm.nih.gov/m/pubmed/19448096/?i=1&from="shadow person"]NIH: Shadow Person[/url]
(4) Independent
(5) BBC: Truth about the Paranormal
(6) BBC
(7) BBC Tech
(8) BBC Today
(9) neptunecanada via Compfight cc
(10) BBC
(11) Wikipedia: Brown Lady
Originally published on TopSecretWriters.com

OUT OF MIND » PERCEPTUAL AWARENESS » OTHER DIMENSIONAL » Are Paranormal Incidents Really Just in our Heads?