Posted by talesfromthelou on December 29, 2014
Posted in: Activism, Britain, Crime, Criminology, Elites, Law, Sociology. Tagged: Government ministers, Official Secrets Act. Leave a comment
This is so wrong: Elite politicians are allowed to create laws that protect their ignominious acts.? They should be tared and feathered , not protected under the the so-called Official Secrets Act. This is a great example of how elites control the minds of their populations. Scumbags, all of them, and all those who support them or believe their wretched lies.
Two more ministers accused in the VIP child abuse scandal: MP wants Secrets Act lifted to let police speak out  | Daily Mail Online.
http://www.dailymail.co.uk
By Chris Greenwood for the Daily Mail
28 December 2014

Scotland Yard has been handed the names of two more former Government ministers accused of sexually abusing children.
Campaigning MP John Mann said he was approached last week by a victim who claims to have been abused by the politicians – one a peer – in the 1980s and has passed the detailed allegations to detectives.
The latest phase in his search for the truth about a suspected Westminster child sex ring came as he called for retired detectives to be granted an unprecedented amnesty from the Official Secrets Act to help lift the lid on alleged VIP abusers. 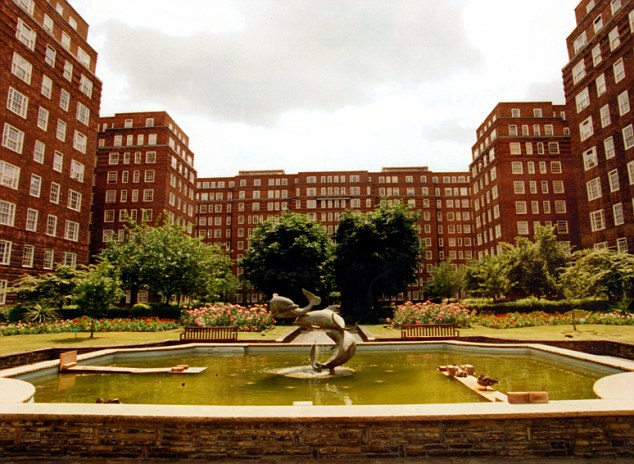 +3
Another two former ministers have been named in allegations of sexual abuse of children by Westminster VIPs in the 1980s. Above, the Dolphin Square apartment complex where much of the abuse is alleged to have taken place
Allowing former Special Branch officers who witnessed the alleged events to speak out could be central to bringing prosecutions, said Mr Mann. He has now called on Home Secretary Theresa May to lift Official Secrets Act restrictions.
The new allegations of child abuse emerged after the Bassetlaw MP handed a carefully-researched dossier about five paedophile rings to police with the names of 22 MPs. It includes 13 ex-ministers, at least two of whom are claimed to have gone to ‘abuse parties’ held at Dolphin Square, the luxury riverside estate in Pimlico which has been home to dozens of MPs.
Full article:
Two more ministers accused in the VIP child abuse scandal: MP wants Secrets Act lifted to let police speak out  | Daily Mail Online.

Posts : 1417
Join date : 2014-01-03
Location : England
When the Saville story broke, it was conveniently discovered that white skinned English girls were being abused on an industrial scale by "men of Pakistani origin"...why they are scared of saying muslim is beyond me, but anyway.

This tactic of throwing the dispensable "useful idiots" to the pack has backfired, the noose is tightening and law prevents anyone with an ounce of sense publishing what are quite well known and circulating names. When the Elm House list was circulated there were names on there of people still living and have "relocated" abroad. My guess is we shall see names of the dead revealed and the living "without evidence".

In England anyway this appears to implicate all the way to the top, although I personally would not give an opinion either way, nor would I compromise the site owner

I probably have compromised myself with this blog already! LOL If I have not then I must be slacking!

» British billionaire accused of sexual abuse, racism
» WOW! Former Prime Minister Ted Heath "ALLEGEDLY ACCUSED" Of Child Abuse FINALLY!
» What Happened to the Hollywood Men Accused of Child Sexual Abuse in 'An Open Secret' Documentary
» They’re All In It Together – Weinstein Paid for Bill Clinton’s Legal Fees During His Sex Abuse Scandal
» We Must Speak Out on Child Abuse and Never Stop - David Icke