By Laron
By Mike Adams via Natural News, 29 December 2014 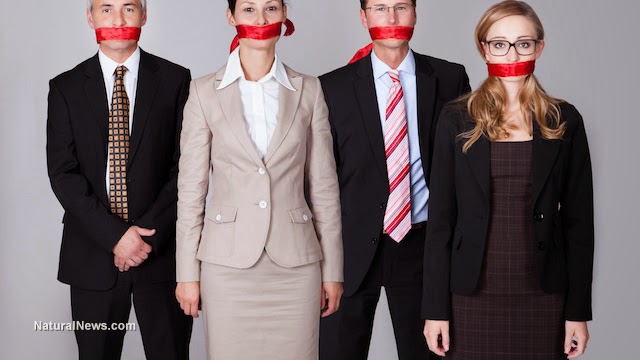 2014 was a year in which we watched the mainstream media devolve into a spot-on depiction of George Orwell's Ministry of Truth, engaging in White House-ordered news story blackouts, CDC-inspired anti-health propaganda that endangered the public and corporate-funded disinfo campaigns disguised as news.

But what were the biggest health-related censored news stories of the year? That's what this Natural News article is all about. Consider it a short list of things the establishment doesn't want you to remember actually happened.

Remember: The purpose of the mainstream media -- which is really the state-run, corporate-backed propaganda mouthpiece -- is not to keep you informed but rather to keep you in a state of obedient ignorance of what's really going on in the world around you. The censorship of important news stories is a key element in this scheme, and it is vigorously pursued to make sure the public doesn't find out about real-world events, discoveries or scandals the establishment is trying to bury.

In August of 2014, a high-level CDC scientist named William Thompson went public with an admission that he and other scientists knowingly committed scientific fraud at the CDC. This was done, Thompson explained, to bury any public knowledge of the scientific evidence linking vaccines and autism.

In a public letter posted on the website of his legal counsel, Thompson wrote:

I regret that my coauthors and I omitted statistically significant information in our 2004 article published in the journal Pediatrics. The omitted data suggested that African American males who received the MMR vaccine before age 36 months were at increased risk for autism. Decisions were made regarding which findings to report after the data were collected...

Along with this admission, Natural News also exclusively released two secret emails further implicating the CDC and its top scientists and executives. You can read those emails here.

Following this astonishing revelation -- clearly one of the biggest medical fraud stories of the decade -- the entire mainstream media blackballed the story and shamelessly decided to take part in a media-wide cover-up. To this day, there isn't a single mainstream media outlet that has reported the scientific fraud that was committed at the CDC and openly admitted to by the CDC's own scientist.

Interestingly, it wasn't long after this took place that the CDC got caught lying over and over again about Ebola transmission vectors. In the later months of 2014, the CDC's "authority" and reputation took a nose dive as the American public came to quickly realize the agency lied far more often than it told the truth (see below).

The CDC even memory-holed its own document which originally admitted Ebola can be spread through aerosolized particles. In response to this schizophrenic behavior of the CDC, we decided to have some fun with the concept here at Natural News and released a parody CDC guidance document that encouraged Americans to do things like spend extra time scrubbing their middle fingers. (See the parody document here - PDF.)

What we really learned about the mainstream media this year, however, is that all stories revealing scientific fraud at the CDC will be systematically suppressed.

The media, in other words, is a CDC protection racket.

Continue to the full article (its a long one)
http://www.naturalnews.com/048131_censored_news_2014_alternative_media.html

Posts : 1827
Join date : 2012-02-15
Age : 66
Location : Ct
This is just the tip of the iceberg as far as vaccines go. Their use in controlling the health of US citizens is well documented. OPERATION PAPERCLIP is well worth the effort if you are interested in tracking the HOW of things......