There Is No Recovery From America’s Economic Extinction Level Event

There Is No Recovery From America’s Economic Extinction Level Event Fri Jan 02, 2015 4:06 pm 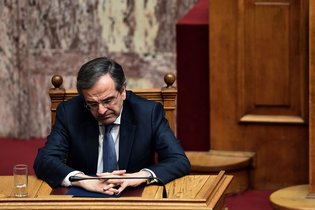 Prime Minister Antonis Samaras said he would ask President Karolos Papoulias to dissolve Parliament to make way for early elections. Credit Aris Messinis/Agence France-Presse — Getty Images
The massacre of Greek citizens under their Goldman Sachs controlled puppets, continues and Greeks are dying while the banks are getting paid for their bad credit swap derivatives. Greece is on the verge of a grass roots led civil war. Why should America be any different than Greece? The reason that the banking and retirement accounts of Greece have been destroyed is because Greece was chosen by the banksters to pillage their economy in order to help pay off their derivatives debt. 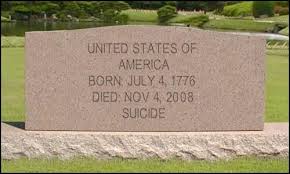 The passage of the Bankster bailouts was the day that America committed suicide.
Think of Greece as being an appendage and the appendage belongs to a man who has a staff infection which is rapidly spreading through his system. To save the patient from dying, the patient must first have his hand amputated. When the doctors are unable to stop the infection from spreading, Spain and Italy are the next amputations to be performed as the other hand is amputated. This will be followed by bail-ins for the G-20 nations and that is when both arms will be cut off by the banksters as they attempt to stay one step ahead of the burning bridge with regard to the derivatives debt. After the patient has lost both hands, both arms, it is time to begin thinking about amputating both legs as the credit swap derivatives infection begins to spread with greater rapidity. This would be the United States. We are about ready to have every financial asset amputated and removed from our custody. And at the end of the day, it is not going to matter, because the patient is terminal. Welcome to the world of credit swap derivatives which have dealt a death blow the global economy.

What Every American Should Know

I believe that there are some things that nearly every American can do to soften the landing. However, based upon some of the comments that I am receiving on the website from my previous articles on this topic, it is clear that most people do not have a clue on how credit swap derivatives work and why their existence guarantees the economic collapse of the United States.
The purpose of this article is to remove the child-like false belief that there will be any meaningful economic recovery. The only way to stave off a complete economic collapse is to totally repudiate the debt. That will be a cold day in hell when repudiation of the debt happens, because the people who run our economy are the ones who have both created the debt and are also owed most of the debt.

I REPEAT, THERE IS NOTHING THAT WE CAN COLLECTIVELY DO IN ORDER TO STAVE OFF AN ECONOMIC COLLAPSE! IF YOU ARE WILLING TO WALK THROUGH A SIMPLE EXPLANATION OF THE CREDIT SWAP DERIVATIVES DEBT, YOU WILL SEE THAT THE SURVIVAL OF AMERICA’S ECONOMY IS IMPOSSIBLE, WE HAVE JUST EXPERIENCED AN ECONOMIC EXTINCTION LEVEL EVENT.

Insanity!
Raise your hands if you knew that on October 21, 2011 that the Bank of America got the FDIC to ensure its $75 trillion credit swap derivatives debts with money, from the FDIC,  that is supposed to insure our bank deposits? You may keep your hands down, because hardly anyone knew of this bank heist by stealth. By the way, all the megabanks have received the same promise from the FDIC. Where is your guarantee from the FDIC?
The total value of all assets in the United States amounts to approximately $20 trillion dollars. How can the U.S. government guarantee triple the value of the U.S. economy as it did with Bank of America? The FDIC is insuring a house of cards that can only bankrupt the country. Does it now make sense why the FDIC sponsored a conference held  in Britain along with the top banking officials from both Britain and the U.S. (e.g. Janet Yellen)  in which they practiced how to respond to widespread banking failures? This activity took place on November 10, 2014 in London.
To comprehend the seriousness of the derivatives threat to the American and global economy, one has to first understand how our home mortgages have been impacted by the biggest Ponzi scheme in world history. Did you know, for example, that your  $200,000 home loan, has been combined with other home loans to create a derivatives set of holdings that is bet on in the futures commodity market?  For example, your individual home loan of $200,000 ends up backing up the $20,000,000 of home loan values in the sale of derivatives at your local bank. In other words, America, your home mortgage is being used to underwrite the banksters and their credit swap derivatives. Home mortgages are now a traded commodity. Therefore, when you make your monthly mortgage payment, you are not paying down your mortgage, you are paying the derivatives debt of the banksters who have hijacked this country.
After reading the previous paragraph, does the MERS mortgage fraud in which millions of American homes have been illegally stolen by the repeated sale of your mortgage title, all done with robo-signers, make more sense? And when you end up paying the wrong mortgage company your monthly payment, the one that holds the title shows up with the Sheriff and puts you and your family on the street. This is, in part, how the banksters are stealing homes to pay off as much of the derivatives debt as possible. This scenario has happened to millions of Americans in the MERS fraud and yet, nobody goes to jail.  Do you now understand why the 7th Circuit Court of Appeals ruled that banks own your bank account the moment you deposit the money? It should be clear that your retirement is the next target. Why are the banksters stealing all of our assets?
The reason that you do not understand what has happened to you and why most of us will soon be absolutely penniless and many more of us will be homeless, is because most Americans do not understand how commodities work as this is the source of the derivatives problem. Let’s say that you own a dairy and I own cows that produce milk. At the beginning of the dairy export season we have no idea how much milk is going to get produced and sold. Both of our future earnings are unknown and this makes it really hard to financially plan. So, we both take the estimated value of the milk and place some of it in the futures commodity market where your dairy prices are guaranteed and I know that I am going to receive a certain amount of income. These practices were previously monitored by the Chicago Board of Trade and The Commodities Futures Trading Agency. Before the 1990’s, checkbook banks and mortgage banks were not allowed to trade in stocks. Stock brokerages (i.e. the gambling banks) were not allowed to even issue a checkbook and never the two types of banks should ever meet. These regulations were the result of the Glass-Steagall Act which went into effect in 1933 which was made necessary because the Great Depression was worsened by the fact that the savings and mortgage banks had invested in stocks. And when the stocks failed, the banks failed. Today, the gambling banks (i.e. stock brokerages) and the savings and mortgage banks (e.g. Bank of America) are  allowed to do whatever they want. And what makes this worse, is that federal government now allows your home mortgage to be traded as a commodity.  For example, let’s say your mortgage banker is holding $20 million dollars of mortgages. Now, AIG comes along and wants to insure these mortgages for $100 million dollars. Then Bank of America wants to insure AIG’s mortgages for $1 billion dollars. Wells Fargo swoops in and insures Bank of America’s insurance for $10 billion dollars. This is how an economy such as the U.S. can be worth $20 trillion dollars yet can have $1.5 quadrillion dollars in derivatives debt. The game is over.

Can You Handle the Truth?

In the previous 1400 words, we have been discussing the bankster games of profits. Let’s take a moment and take a look at the scoreboard.

Are You Smarter Than a Fifth Grader?

How do you pay off a debt that is at least 16 times greater than the entire value of the planet? The short answer is that you do not. A fifth grader could write out the equation which should tell all of us why the United States, or the planet for the matter, will never experience an economic recovery. What is described here is an economic extinction level event! 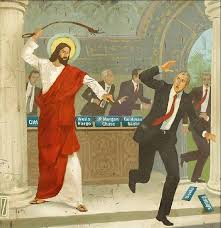 Maybe there was a good reason why Jesus chased the money changers from the Temple! 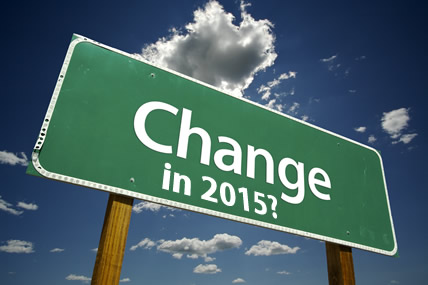 You could be begging for change in 2015
The banksters on the top of this pyramidal Ponzi scheme pulled out tremendous wealth from this process. However, most of the banksters were left holding the derivatives bag and this is why they are trying to steal everything you own. These banksters are not trying to pay off the debt, they are simply delaying the inevitable and they are trying to acquire as much capital (e.g. gold, real estate) as possible prior to going into hiding.
If this explanation does not help you understand why there can never be a meaningful recovery in the United States, then nothing will. To those who finally see that we will NEVER be able to pay this debt down and the interest is growing faster than the $2 trillion we take in each year as a government, then you need to be planning your exit strategy just like the bankers.
The key to not getting caught up in a disaster is to not be where the disaster is happening. Broadly speaking, if you have the assets, it would be best if you pay off all existing debt, at least the debt that matters (e.g. home loans). To the other end of the continuum, some brokers who have clients who could not pay off any meaningful debt, are advising these clients to acquire as much debt as they can, while preparing an exit strategy in a “steal from Caesar as he has stolen from you” approach. The final part of this series asks and answers the question “What should I do about the crash that is coming”?
Dave Hodges is the Editor and Host of The Common Sense Show.

I think this list is incomplete also. I have read that there are way more dead than we know about.