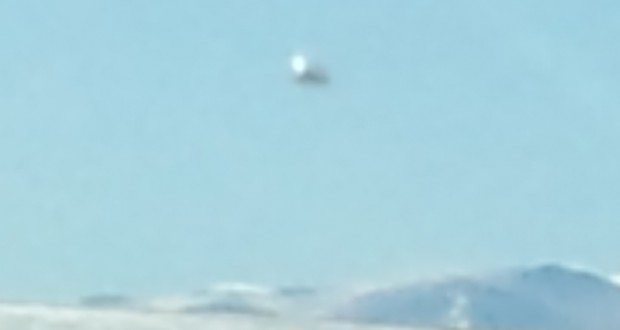 Cropped and enlarged witness image 1. (Credit: MUFON)
Colorado witness sees UFO only in camera viewfinder
Posted by: Roger Marsh December 31, 2014 6 Comments 4,445 Views
A Colorado witness at Fairplay reported seeing a Saturn-like UFO on her camera screen that could not be seen with the naked eye, according to testimony in Case 62246 from the Mutual UFO Network (MUFON) witness reporting database.
The event occurred about 1:30 p.m. on December 14, 2014, as the reporting witness and his fiancé were driving along Highway 285.
“The surrounding area was very beautiful, so she decided take some pictures,” the reporting witness stated. “She noticed an object on the screen and she started to try to find it without using the phone and was asking if I could see anything. She realized she could only see it through the camera screen on the phone.”
The woman then snapped two photos very quickly: Image 1 and Image 2. 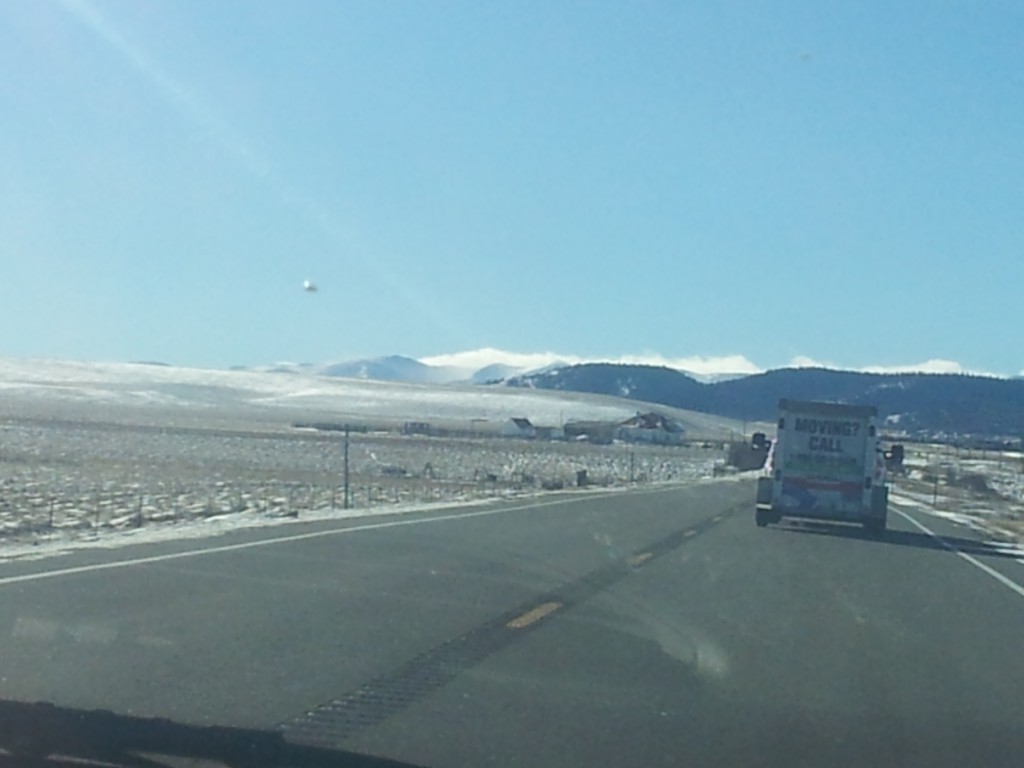 Witness image 1. (Credit: MUFON)
“Neither of us ever did see anything with our naked eyes, but in the photos it appears as if the object was traveling very fast. We were going about 65 mph and the pictures were taken only a few seconds apart, yet the object appears to have moved drastically. We cannot identify this and are hoping someone else can.” 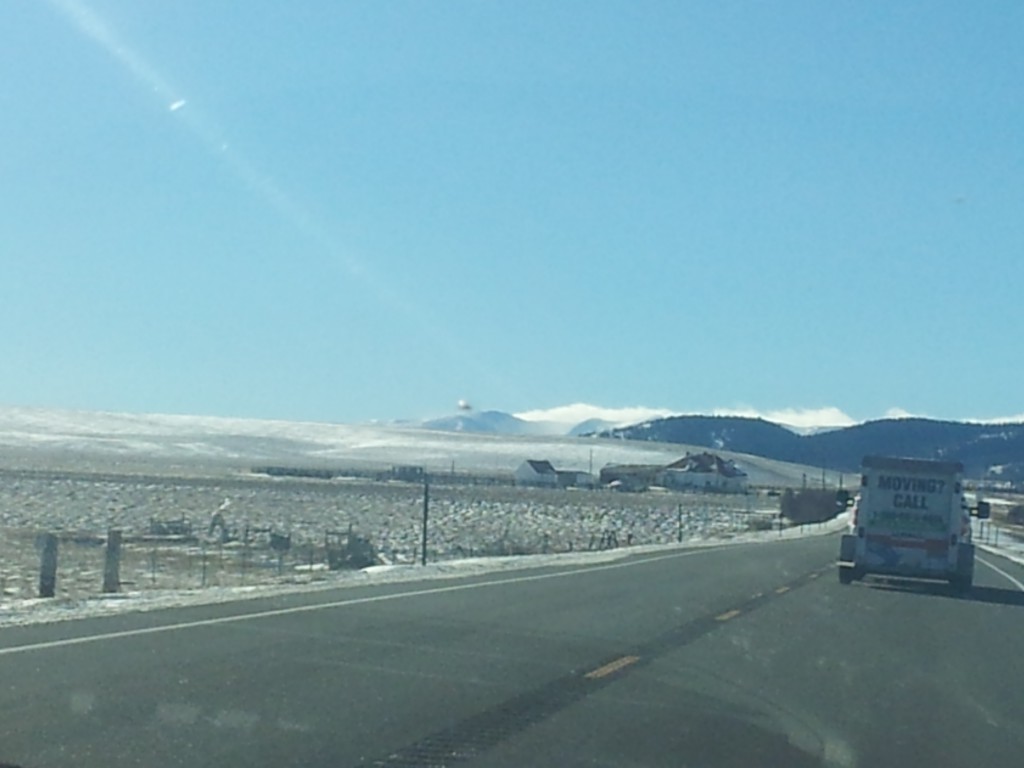 Witness image 2. (Credit: MUFON)
Fairplay is the county seat and the most populous municipality of Park County, Colorado, population 679.
Colorado has a current UFO Alert Rating of 5 with a low number of recent reports nationally. Colorado had 5 UFO reports that occurred during November 2014 – calculated at 0.96 sightings per million population.
The UFO Alert Rating System is based on five levels – 1 through 5 – where states with 4.01 or higher reports per million residents are rated an Alert 1; 3.01 – 4.0 reports are an Alert 2; 2.51 – 3.0 are an Alert 3; 2.01 – 2.5 are an Alert 4; and those states with 2.0 or lower are rated an Alert 5.
Please remember that most UFO sighting can be explained as something natural or man-made. The above quotes were edited for clarity. Please report UFO activity to MUFON.com.