OUT OF MIND » PERCEPTUAL AWARENESS » THE SHIFT IN CONSCIOUSNESS » Julian Wash: Hidden in ‘Plain Sight’ 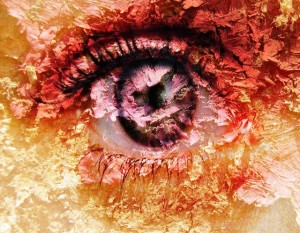 Image Source
Written by Julian Wash, Contributor for Waking Times, January 10, 2015 – http://tinyurl.com/mondv2j
Today I wish to return to your awareness an aspect of the Human condition that very few will ever consider. It is a state of awareness that escapes even the most astute observer because it’s hidden in plain sight, or perhaps it’s the “plain sight” that’s hidden. So for the purpose of clarity and proper orientation, please allow me to present this “aspect” in the more malleable form of a question.

To philosophers and shamans this remains a very old and salient postulate. I sense this question will appeal and resonate with the awakening mind and to those who are curious by nature. However, to those who fully subscribe to the left-brain constructs plaguing modern academia, the mere suggestion of this topic will be decisively dismissed as idiotic. The Square Hats are therefore welcome to sit this one out.
When gazing upon an object, the sorcerers of academia tell us that the inverted image of the object is projected onto the retina where a series of photo-stimulations and electrochemical reactions take place. The sensory data is then encoded and delivered to the brain where it is further processed into an image. So one must imagine that even the brightest image observed, such as the Sun, is processed in the realm of total darkness deep within the brain. The blinding light has been essentially reconstructed by nerve tissue, and so in that sense, it’s no longer real.
It is clear, even by the academicians, the “eyes” don’t really see at all, but it’s the “brain” that does the busy work of assembling an image. In this model, the eyes serve as a conduit to deliver imagery to the brain. It is assumed, of course, that this network is a one-way delivery system. The image always comes to us, we don’t go to the image. It is this very notion I am challenging, and perhaps I might even be able to offer a modicum of proof to support my position that this experience we call sight is indeed a two-way deal.
For the record, there is “seeing” and then there is “vision.” The process of “seeing” is often described in clinical terms such as briefly described above. Seeing is accomplished by visual receptors tethered to the brain. Vision, however, is accomplished within the mind (which resides in the brain) and is aided by intuitive or “knowing” modalities of consciousness. The Human retains the capacity to have both sight and vision. Vision allows the Human to meet the object, and sight allows the light of the object to meet the Human. This balance in Universe brings equity and harmony to that extraordinary gift of visual perception.

Seeing is indeed a “belief” system. If you believe you are seeing a bus go by, then you can rest assured that a bus is most certainly going by. The belief aspect of sight is interesting because it requires one to first believe that what they’re seeing is real. In the case of the bus, we most certainly would not want to step out in front of it. Not only do you “believe” the bus is there but you also “know” the bus is there. This is where sight and vision come together to help solidify the experience as real.


Double Slit and the Collapse of a Wave

As already alluded to, I would like to offer some level of proof that the experience of seeing is a two-way affair. In other words, when the light of an object comes to you, the light of your consciousness goes to that object.
One of the most important observations ever witnessed came as a result of the famous Double Slit Experiment. This experiment was so monumental that it helped to usher in a whole new branch of science known today as quantum physics.
The experiment can be briefly described in this manner: If a specially designed gun were used to fire black sand through two slits on a metal plate with a white target behind it, an image of two lines would appear on the target consistent with the slits on the metal plate.
I I
If a flashlight were directed through the same two slits an image on the white target background would appear somewhat like this:
I I I I I I I I
This is known as an interference pattern. Notice how the middle lines are more prominent than the outside lines. This is typical of experiments involving light because, like water ripples, light waves can produce an outward moving, ripple effect.
This basic experiment helps to illustrate one of the fundamental differences between light waves and solid particles (the sand). But things started getting a bit more interesting from here.
Electron Shot: When scientists shot electrons through the plate, the double slit showed the results of a wave.
I I I I I I I I
This outcome baffled scientists because they thought electrons were solid particles of matter.
After many repeated experiments scientists began to “watch” exactly what the electrons were doing as they passed through the double slit. What they discovered soon changed the world of physics.
When electrons were “observed” the result was:
I I
Matter!
When the device used for observation was switched off the result was:
I I I I I I I I
A wave!
Electrons would switch from waves into matter particles instantly, but only when scientists were observing them.
Did the electrons somehow know they were being watched and behaved accordingly? This phenomenon of switching from waves into matter by the mere observation is known in quantum physics as “The Collapse of a Wave.”
Physicists have a number of theories, but this simple and yet still unexplainable experiment declared to Humanity that everything is not what it appears. Without the observer, nothing is solid.
During a heart-to-heart conversation with physicist Abraham Pais, a puzzled Albert Einstein quipped “Do you really believe the moon exists only when I look at it?”

It’s been said that “all the world’s a stage” and the stage has been set for all of us to play on. Upon this imaginary stage eyes can be easily tricked through illusions and slight of hand, but the mind and mind consciousness have the ability and acuity to recognize that it’s just a trick. From my perspective, the moon you see is real, because you see it, and it sees you. A loop is closed and the experience is validated.
As we share in this energetic condensate of existence called reality, we’re able to observe one another as physical beings. As one elevates past this physical state they are no longer visible to others. This higher energetic state or “death” (transition) does not allow the denser physical state to participate.
The higher state, however, can still see the (living). Sometimes there’s a bridge between both spaces. During these moments the living might see or hear, touch or smell the presence of another higher (or possibly lower) energetic being. If the experience leaves you “warm” and content then it was likely a higher energy visitation. If our ghost leaves you cold and discontent, then that would indicate a low energy visitation. Low energy visitations are parasitic in nature and come from entities that may or may not have been previously Human.

You are made of atoms. Atoms are energy in organized, condensates of matter. You are a walking, talking, breathing “energy being.” Energy is a vibration, a frequency, a sine wave and in the most fundamental sense an electromagnetic expression of light.
Dear Humans, you are therefore Light Beings having a physical experience. You created this world of sensory exploitation by sending your energy to Universe. Because there is equity and a balance in all things, Universe returns the energy back to you. Your experience in this dimension is one of Yin and Yang, balance, harmony, duality and equity.
When you visualize someone who had been ill but is now getting better and stronger, your “vision” is now manifesting an external influence. The mind will manifest the intention and will often recruit the eyes (in reverse) to send the message out. So powerful are the eyes that some people avoid looking into them all together. We may also think of the iconic image of a hypnotist staring into the eyes of his subject. Here we sense that somehow, someway, energy is leaving the hypnotist’s eyes. And so it is.
The term “Light Being” may already comfortably resonate with some of you, because truth has an orderly, symmetrical and familiar resonance and is therefore desirable and reinforcing. Those who grasp the significance of this awareness often describe a sense of clarity and relief. Gone is any fear of death and even the pain of having “lost” a loved one. As a Light Being, you create and manage reality by your interpretation and vision.
To further that notion, what is real to one person, may not be real to you. You breathe life into your existence and existence breathes life into you. You get to pick and choose what game you want played and what players will assist you.
“Belief” is a tool you are quickly outgrowing and will be putting away soon. Such abstracts are merely schisms in the subconscious, there to entertain you. You cannot see what you don’t believe in and what you believe in you can manifest. This is the power you command and so it is dearly important to concentrate on what means the most to you, neutralize distractions and balance your place with Universe by finding who you are then shinning as that person.
And remember, beauty is in the eye of the beholder.
-Until next time
About the Author
There is a certain obscurity that follows Julian Wash. We sense he’s benevolent, a little crazy and we think rather enjoyable to read. Email: jwash@rattlereport.com
**This article was originally published at The Rattle Report.**
This article is offered under Creative Commons license. It’s okay to republish it anywhere as long as attribution bio is included and all links remain intact.

OUT OF MIND » PERCEPTUAL AWARENESS » THE SHIFT IN CONSCIOUSNESS » Julian Wash: Hidden in ‘Plain Sight’