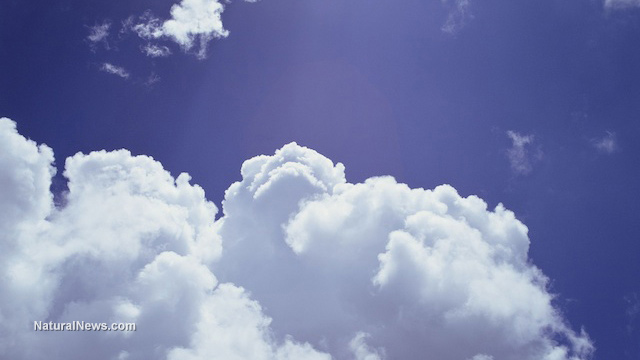 (NaturalNews) A pair of explosions that occurred almost back-to-back over the course of a week in Idaho has left local residents and officials baffled. The latest in a growing series of mysterious boom events around the world with no apparent explanation, the explosions are being speculated by some as result of covert military experiments, underground “fracking” or some other top-secret government activity undisclosed to the public.

The Idaho State Journal (ISJ) reports that residents of the town of Riverside, in Bingham County, heard loud booms the day after Christmas that prompted many of them to call 911. These booms occurred less than one week after similar ones were heard in nearby Groveland, the cause of which local police have been unable to determine.

In both instances, some local residents said their houses shook from the intense explosions. After being contacted, Sheriff’s deputies searched the area around Groveland to look for clues but came up with nothing. According to the ISJ, nobody contacted the Sheriff’s Office following the second explosion, so it remains unclear whether or not the incident will be investigated.

A few weeks earlier, a series of loud bangs was heard in the night sky above the UK Residents all across Britain, including in Cheltenham, Tewkesbury and Gloucester, reported hearing strange booms between 9 pm and 10 pm, for which there is still no official explanation. These explosions weren’t isolated to one specific area but were reported all across the island nation.

Some surmised that the sounds may have come from a hypersonic U.S. spy plane, codenamed “Aurora,” which can supposedly travel at six times the speed of sound. Such a plane is currently believed to be under development or testing by the U.S. military, and the sounds it would make at such speeds could have been what was heard throughout England.

“It’s very strange how it was heard all over the country,” stated Ollie Butler-Henderson, a local resident, to the Gloucestershire Echo.

[size=undefined]Similar mystery explosions heard in Illinois, New York and many other areas[/size]

Around the same time as the UK explosions, residents of upstate New York and along the East Coast reported hearing similar booms. Like in Idaho, many homes in the area were reportedly rattled, leading to a host of theories about the cause that range from secret military projects like Aurora to private enterprises like hydraulic fracturing for natural gas.

One year prior in Illinois, residents of several rural counties in the southern part of the state reported hearing a “loud boom” throughout the region. Hundreds of locals flocked to social media with reports that their windows shook from the strange earth-rattling that occurred. Several military bases in the area denied that they were responsible, and geologists claimed that the shaking was not an earthquake.

“I have no way of knowing exactly what occurred but it was not likely an earthquake,” stated geophysicist Don Blakeman from the National Earthquake Information Center to the media.

Roughly one month later, another strikingly similar set of booms occurred in nearby Michigan, again with no official explanation. Reports indicate that residents of Branch County began flooding the local 911 center with calls after hearing what one woman described as someone kicking down her door.

“It sounded like a cannon going off is the only way I can describe it, kind of like a thunder boom but it was only the one time,” stated another woman by the name of Michelle Reincke, as quoted by The Extinction Protocol, which cited local news station WWMT.