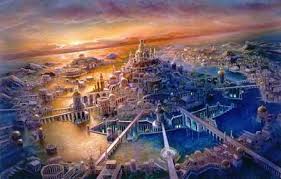 If you love to read and are fascinated by our hidden history, you may want to take in this tome from Michael Tsarion; PDF, 450 pages.
Thanks to Extraterrestrials.ning.com for sharing.
It’s a perfect morning for a good read here. The skies just opened and it’s POURING rain in the desert. We had a walk just now and a rain bath and it’s washing away all the negative energies, making way for the new Light. Enjoy!  ~ BP 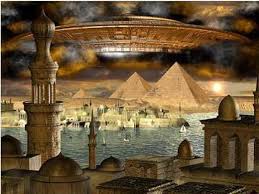 Atlantis, Alien Visitation, and Genetic Manipulation
http://sandiego.indymedia.org/media/2007/01/124778.pdf
Perhaps the greatest myth being purveyed,is that myths are just myths.   ~ Michael Tsarion
“In my work I intend to show that the descendants of these ancient visitors are still in
custodianship of the planet Earth. I will demonstrate that their agendas are not com-
mensurate with the present or future best interests of “Adamic” mankind. Due to the
surge in technological advancement, our once beauteous planet is now on the brink of
ecocide, while its political and economic underclasses are subject to a very real New
World Order. It has been said that there is no excuse for ignorance of the law. How-
ever, it is also a truism that ignorance of the lawmakers is no excuse. The end-game of
the visiting alien race and their descendants is being played out in the present “Silicon
Age.” It swiftly and relentlessly advances while most of us, preoccupied with our
domestic and professional roles, have little time or energy to speculate how the multi-
farious phenomena of our world came into being. Adroit manipulation from those
within the echelons of power make quite certain that our attention is rarely focused on
the lawmakers and those in control of the economy, military, media, and technology of
the world.
In this book my intention is to draw the attention of the ordinary person to the reasons
why he lives in the disempowered existential state he does and that while confined to
circumscribed, socially-vetted roles, he and his fellows will have little ability and less
resource to prevent the evil that is evidence everywhere, especially in the so-called
“corridors of power.” I explain why it is that in the back of every mind is the memory
of a time when life was harmonious and reverent, when there was no war and little in
the way of want, subjugation, or class division. I explain something of the fate of
women and why it is that they have suffered the incredible atrocities they have through
the post-diluvian ages. I show that they continue to be collectively punished for a cer-
tain “crime” they committed on this planet approximately 13,000 years ago. I make
mention of the significant role that women are to play in the times ahead once they
take back the power that was theirs in the days of old.”