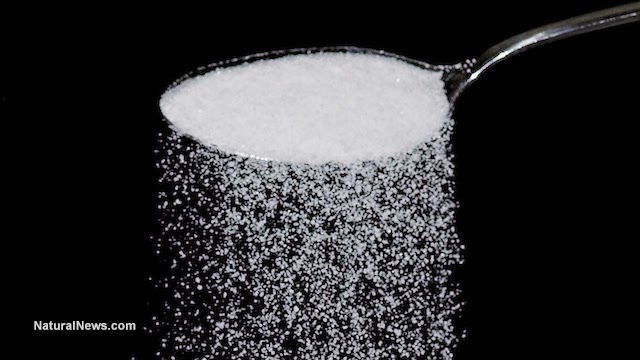 One of the worst things you can do to your body is feed it sugar -- not necessarily natural sugar like the kind found in fruit, but refined sugar. A team of scientists from the University of California in San Francisco (UCSF) recently pored through more than 8,000 scientific papers on how sugar affects the body and came to the conclusion that it not only makes people fat but also makes them sick.

The project, which has been dubbed SugarScience, exposes sugar as a primary culprit in the formation of metabolic disease, which can lead to conditions like heart disease and type 2 diabetes. Lead author Laura Schmidt, a UCSF School of Medicine professor, says her team's findings are comprehensible -- sugar is highly toxic to the body and vital organs, including the liver.

According to their investigation, nearly three-quarters of all packaged and processed foods contain added sugar. This sugar is typically listed under 61 different names, including things like high-fructose corn syrup (HFCS), dextrose, evaporated cane juice and sucrose. It is often difficult to identify added sugar because of this, and current regulatory requirements don't mandate that suggested daily values of both natural and added sugar be identified.

A full listing of the 61 common names for sugar is available at the following link on the right-hand side of the page:
SugarScience.org.

The result is millions of people regularly consuming far more sugar than they should be, leading to metabolic syndrome, a classification of risk factors associated with a host of chronic illnesses. If left to run its course, metabolic syndrome can lead to early death in the form of liver failure, heart attack, blood clots and various other life-threatening conditions.

"Too much sugar causes chronic metabolic disease in both fat and thin people," said pediatric endocrinologist Robert Lustig, a member of the SugarScience team and author of Fat Chance: Beating the Odds Against Sugar, Processed Food, Obesity, and Disease, pointing out that obesity is an entirely separate issue from the extensive bodily damage caused by sugar consumption.

Part of the problem is that many people still don't realize just how much sugar they're actually consuming. According to Medical Xpress, the average American consumes nearly 20 teaspoons, or about 78 grams, of sugar daily, which is far more than the maximum level recommended by the American Heart Association (AHA).

A single 12-ounce can of soda pop contains as much as 9 teaspoons, or 36 grams, of added sugar, which is the AHA's maximum recommended daily level for adult men. Adult women, says the group, should consume no more than 6 teaspoons, or 24 grams, of sugar daily, while children should limit themselves to between 3 and 6 teaspoons, or 12-24 grams, daily.

The best way to consume sugar is naturally, of course, whether it be in fruit, vegetables or unprocessed dairy products. Fruits and vegetables contain dietary fiber and other nutrients that help buffer how quickly sugar is processed, protecting organs like the pancreas from having to work overtime to produce insulin, which can lead to insulin resistance and diabetes.

SugarScience's research also reiterated that not all calories are the same, as is commonly believed in the mainstream.

"SugarScience shows that a calorie is not a calorie but rather that the source of a calorie determines how it's metabolized," explains Lustig.

To learn more about the dangers of sugar and how to avoid it, be sure to visit SugarScience:
SugarScience.org.

Posted with permission from Natural News