OUT OF MIND » HEALTH & MEDICAL INFO » MARIJUANA & NATURES MEDICINALS » Should Children be Allowed to try Cannabis Before Chemo?

Should Children be Allowed to try Cannabis Before Chemo?

As the movement to legalize cannabis continues to gain momentum, and as more research is conducted, we are discovering that this easy-to-grow plant is effective in treating many difficult illnesses, and surprisingly many types of deadly cancers. Cancer treatment in the U.S. has become its own industry, and even though chemotherapy admittedly over-prescribed and is known to have many devastating side effects, chemo and radiation are still the treatments most touted by doctors and the medical establishment.

Many people are seeking out medical marijuana as an alternative to conventional cancer treatment, and success stories are easy to find. Yet, underage cancer patients sometimes find that their legal rights when fighting cancer are unclear, and that when the state decides to intervene, their personal sovereignty may be compromised. 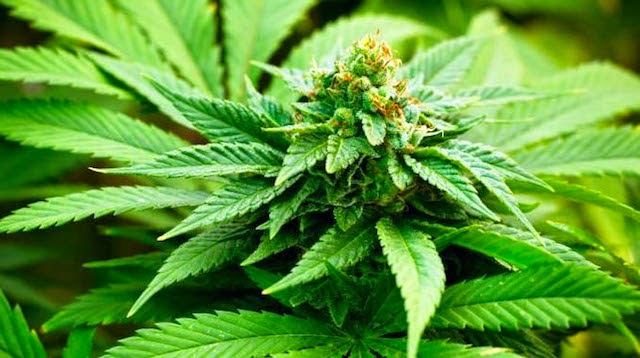 A 17 year-old girl’s plea to the Connecticut Supreme Court was recently rejected, and now, against her personal will and that of her mother and legal guardian, the state will resume forcing her to undergo chemotherapy as treatment for Hodgkin’s lymphoma. She had already been ordered by a lower court to undergo chemotherapy, however, due to the negative side-effects, she skipped several sessions. When she took her plea to the Supreme Court, they rejected her argument, saying that by skipping treatment she had proven herself to be too immature to decide for herself, and that she must resume chemotherapy.


“The Connecticut Supreme Court ruled on Jan. 8th that a teenager diagnosed with Hodgkin’s lymphoma who declined treatment with chemotherapy will be made to undergo treatment anyway. The 17-year-old female, who cited chemotherapy’s adverse health effects as her primary reason for refusing, is now in protective custody at Connecticut hospital where she will be forced to undergo treatment against her will, and the will of her mother, her legal guardian, who supported her decision.” [Source]

Interestingly, as government intrusion becomes more of an issue when confronting health decisions, the movement to legalize cannabis for medical purposes is steadily gaining strength. Long stigmatized, cannabis, unlike chemotherapy, is anarchic in nature and cannot so easily be controlled by the corporate/government paradigm, for it is merely a hearty seed which grows medicine for whomever will tend it. Nowadays growing your own cannabis is not difficult, as it is now legal in many places, and getting getting started is as easy as visiting an online cannabis seeds store. Methods for converting the plant into potent medicines like cannabis oil are readily available online, thus effectively privatizing a potential cure for cancer.

Connecticut is a medical marijuana state. Doctors can prescribe it, and patients can legally buy it at state regulated dispensaries. Research and personal testimony is available to support the case that cannabis can effectively treat Hodgkin’s lymphoma, yet in this recent example, the Connecticut Supreme Court failed to acknowledge the fact that chemotherapy is not the only treatment known to fight this deadly cancer.

As laws regarding medical cannabis evolve, more states are ratifying a minor’s right to have access to cannabis. Last year in Chicago, for example, Illinois state lawmakers passed legislation allowing minors access to medical marijuana with the consent of their parent or legal guardian. Many other states are following suit.

As evidence mounts that cannabis treats cancer and that chemotherapy is dangerous, should children be allowed to try cannabis before chemotherapy if they or their guardians so desire?

Access to medicine that works is a human right, especially so when that medicine is as cheap and natural as cannabis. Empathy is a quality that individuals possess and bureaucracies don’t understand. Medical treatment without consent is torture, and withholding natural and cheap medicines in the struggle against cancer is just cruel, especially so when the lives of children are at stake.

Alex Pietrowski is an artist and writer concerned with preserving good health and the basic freedom to enjoy a healthy lifestyle. He is a staff writer for WakingTimes.com and an avid student of Yoga and life.

OUT OF MIND » HEALTH & MEDICAL INFO » MARIJUANA & NATURES MEDICINALS » Should Children be Allowed to try Cannabis Before Chemo?