The vortex path of Consciousness 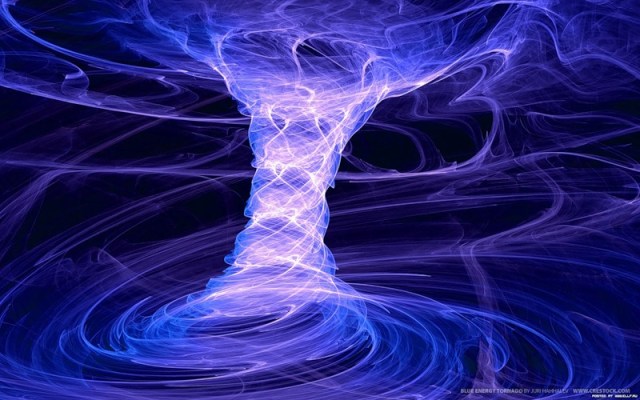 In this article, I will explain how Consciousness interconnects everything from the geometric pattern of the flower of life through the vortex path. The latter is the fundamental flow rotating on an axis line where life force, chi energy, the prana, or called the zero point energy is in resonance with Infinity.
The Ancient civilizations believed that the universe consists of a vibrating ocean of energy, the ether. Consequently, the world of matter didn’t exist as separate particles, but as the Alchemy of Consciousness, or the transformation of the ether resulting from a self organization of the ether itself through the standing quantum waves interferences.
The symbol of the spiral has been found in certain sacred sites, and shows the Ancient knowledge known by the Ancient ones about the manifestation of Consciousness itself. That’s a better understanding and sight about how Consciousness interconnects everything, and how it could be possible for a spiritual being, or even a device, to be in resonance with the grid of vortexes beyond the physical plane.

The spiral from Newgrange in Ireland
Used by peoples from the Neolithic
5000 years ago to the Celts and beyond.
Another example through Nature, the shell of a snail shows the pattern of the flow of energy in resonance and coming from a zero point. To give birth to the snail, Consciousness left the blueprint of the golden spiral. Although it doesn’t show explicitly the geometry of the Phi ratio due to dynamics effect, spin and torsion as we have seen in the previous articles The universal dance and the origin of Spin, the golden spiral is the fundamental geometry found everywhere in Nature, and is consequently an important geometry to understand how Consciousness manifests itself.

To begin with this approach, it is important to make a connection with the vortex path and sacred geometry, as the latter represents the overlapping circles, the energetic grid of Consciousness structured neatly. In this grid, each point is a zero point in which life force is likely to manifest itself. Then, the golden spiral, its blueprint appears from it. Although the flower of life is the representation of Geometry structured, there is also the interaction between the zero points, which means the interaction between the golden spirals. This interaction points out the interconnectedness of Consciousness and has been expressed through the pattern of the overlapping structure.
A zero point is the center of the six pointed star, or hexagon shape formed connecting its vertices :

View from the top, it designs the vortex path in which there is balance between Yin and Yang energy :

Top view , it looks like the beginning of the pattern of the Fibonacci flower, or the torus shape projected in 2D, but with no torsion effect :

As we have seen in the previous article the origin of Spin, the Spin of a point around the zero point is necessarily generating a circle, the latter itself generating the torus shape with a positive pole (Yang) and negative pole (Yin).  At the outcome, with the torsion effect, it results a torsion field, a self sustaining arrangement of vortexes in the ether :

The vortexes could be arranged by two, three, four or more to form geometric patterns structured. The Ancient ones already knew it. The ether, acting like a super fluid, is organizing itself through an arrangement of vortexes favoring the Interconnection within the Universal Consciousness. The geometric patterns resulting from sacred geometry is how the vortexes could be organized in a structured way.

The petrospheres
Mathematicians are interested in Carved Stone Balls because of their aesthetic beauty as they have amongst them all the symmetrical forms of the five Platonic solids. Source : Ancient Wisdom
On these petrospheres, the message seems to be that the vortexes could be organized to form the five Platonic solids by symmetrical considerations in a spherical volume. These standing quantum waves interferences in the ether could be formed again by using the simple sound waves within a spherical volume. In the fifties, the work of Dr. Hans Jenny demonstrated the formation of the Platonic solids within a vibrating 3D sphere of water with his Cymatics experiments. ¹

The tetrahedron formed
The vertex positions formed are at stand-still and could be called a standing wave structure. A standing wave is the sum of two propagating waves traveling in opposite directions² :

There would not be a propagation of sound in the air, but an Alchemy of the ether itself gradually self organizing at the quantum level and forming structured geometric patterns or not. One could tell there is resonance within Universal Consciousness when the sound waves, standing waves interferences map out the geometric pattern of the flower of life in a spherical volume.
As we have seen above, the two propagating waves in opposition are the two vortexes Yin and Yang, and the zero point is actually the vertex position at stand still making the link between both.  The work of Dr. Hans Jenny demonstrated how the vortexes are self organizing within the spherical volume to form the fundamental geometric pattern of sacred geometry by using sound waves. It demonstrated that the universe is not built on separation elements, but is connected at some point. The existence of these interferences show that everything is all connected through the sound waves which are naturally standing waves of the same source of energy, and matter is only a manifestation of the latter in resonance or not.
The sphere is a fundamental shape to understand how Consciousness is organizing itself and to unify the fundamental forces such as Electromagnetism (expansion effect)  and Gravity (contraction effect) from microcosm (quantum, atoms) to macrocosm (celestial, stars, planets).The sphere is an equivalent shape to the torus topologically. (see the animation below)

As the distance to the axis of revolution decreases, the ring torus becomes a horn torus, then a spindle torus, and finally degenerates into a sphere.³
As we have seen in the article about the different manifestations of Energy, sound, light and color, one could tell ” Light is sound, and sound is Light “. The sound waves are actually the waves existing in any scale, from microcosm (quantum) to macrocosm (celestial). One could tell “the quantum waves are the sound waves, and the sound waves are the quantum waves”.
The flower of life is made of overlapping circles in 2D, and represents actually the overlapping spheres in 3D in which only the standing wave interferences has a relevant meaning in a universe connected, as there is no really a world of separate particles moving, but only a transportation of energy within Consciousness {vibration and oscillation}.
The horocycles of the golden spirals representing Yang and Yin energy looks like a magnetic field :

One could tell that each vertex of the star tetrahedron (Merkaba) has a vortex path connecting to another one on the opposite side. One is Yang with contraction effect, and the other one is Yin with expansion effect. The singularity or the zero point at its center is the link between both.
¹  Cymatics: A Study of Wave Phenomena & Vibration, by Hans Jenny
² Source Wikipedia
³ Source Wikipedia
© Salah, Glastonbury, UK
Source:
https://ascendingstarseed.wordpress.com/2015/01/30/the-vortex-path-of-consciousness/