Admin
Posts : 107513
Join date : 2012-01-04
Location : Woodstock Nation
Yellowstone supervolcano on verge of eruption; USGS suppressing information
By Shepard Ambellas
WYOMING (INTELLIHUB) — As of January 29, 2015, Hank Hessler, a park geologist stationed at Yellowstone National Park since 2002, publicly announced and put only a 2 week time-frame for the supervolcano located under the park to erupt.
Although no one knows for sure if Hessler’s prediction will come true, it does set an eerie overtone for people located within a 1000 mile swath of the park.
Interestingly enough this information dovetails with information previously reported by Intellihub, making Hessler’s claims all that much more real. Not to mention the fact that there was more than 1,900 documented earthquakes throughout the park in 2015 alone as swarm activity continues to increase.
On March 4, 2014, Intellihub came across information, by an unnamed source, who reported that the White House had ordered the United States Geological Survey (USGS) to suppress earthquake swarm data within the region to hide what may be coming from the general public. And this is where it gets scary as Yellowstone and a 1000 mile swath surrounding the park’s supervolcano may be on the brink of an extinction level event (ELE).

Yellowstone National Park (Jeff Gunn/Flickr)
In fact reports suggest that ancient Helium4 gas has breached the surface layers of Yellowstone’s crust and is now escaping into the earth’s atmosphere. Coupled with the recent and abrupt ground level rise in the park we may be looking at a recipe for disaster.
After all, Michio Kaku, a famous theoretical physicist, pointed out in a January 2011 newscast which aired on CNN, “When it blows [Yellowstone] it could destroy the United States as we know it. [...] That’s what is making us nervous”
Shockingly, later in the newscast, Kaku went on to explain how a 1000-mile ring of the U.S. would likely be destroyed if the supervolcano actually went. And to make matters worse, geologists all conclude that the park is long overdue for an eruption.
In fact, the last Yellowstone eruption was thought to have happened around 630,000 years ago, meaning we are about 30,000 years overdue, literally putting us in the hot seat, front row.
Kaku also pointed out that, “Every single burp, murmur, of this gigantic supervolcano, including the rise above sea level, has to be watched very carefully”.
So basically if you do the math for the disaster zone radius, the first 100-miles emanating out from ground zero would be completely wiped out. After that, ninety percent devastation would span out another 500 plus miles from ground zero, making a 1000-mile diameter ring that will essentially be fully decimated from the blast.
Additionally this would essentially put what’s left of the United States into a State of Emergency and full-on martial law would be declared under National Security Presidential Directive (NSPD) 51.
And it gets even worse. Although there is no way I can vouch for the information, I simply can’t. But according to a random individual who posted a video on YouTube, the USGS has likely been ordered by Washington to suppress information regarding recent seismic activity and gaseous releases in and around the Yellowstone region as a possible ELE in on the way.

Yellowstone National Park (Jeff Gunn/Flickr)
This information came directly from a connected individual, according to the video, which also points out that they are “expecting the big one”. However the man’s source has not yet been revealed. And once again, I myself cannot vouch for this personally. I just want to make that clear.
But more importantly all of this matches up with actual data I was able to reference showing a rise of ground level in the park of more than 10 inches in the last week of February 2014 alone. So naturally this has me troubled as Michio Kaku himself stated, “As the ground starts to rise, more and more earthquakes take place,that’s about all the warning we get”, answering a question regarding a forewarning.
Kaku finished with, “It will happen and [when it does] it will destroy North America as we know it”.
During the last eruption, 640,000 years ago, vast amounts of North America were covered in at least 12 inches of ash.
A recent KSFY exclusive report notes, “If Yellowstone had a super eruption right now [...] crops would be lost, making it impossible to feed cattle which would die. Grocery store prices would skyrocket as meat, grains and milk would be in short supply. Face masks would be mandatory as breathing in volcanic ash is essentially the same as breathing in small particles of glass.” And all of this would lead to a Mad Max-like scenario across the U.S..
“The people who actively watch this situation seemingly fall into two camps: those who think the Yellowstone volcano will never erupt again and those who think it will happen tomorrow.”, reported KSFY.
About the author:

Shepard Ambellas is the founder, editor-in-chief of Intellihub News and the maker of SHADE the Motion Picture. You can also find him on Twitter and Facebook. Shepard also appears on the Travel Channel series America Declassified. You can also listen to him on Coast To Coast AM with hosts, both, George Noory on “Chemtrails” and John B. Wells on the “Alternative Media Special“. Shepard Ambellas has also been featured on the Drudge Report, the largest news website in the entire world, for his provocative coverage of the Bilderberg Group.
For media inquires, interviews, questions or suggestions for this author, email: shepard@intellihub.com.
Read more articles by this author here.

Today an Article was released by a news station which held an interview on video with a geologist who works in Yellowstone National Park. In This video you are given the take on the situation and you can judge for yourself. Links are below.
Stay At The Ready…
KSFY ABC News
http://www.ksfy.com/home/headlines/Wi…
Dutch Video Take
https://www.youtube.com/watch?v=AoSEn…   Enjoy!!!


The man asked him how long is the foreseeable future and the park guy said to weeks. Meaning he can say for certain there won’t be an eruption for two weeks. Dosn’t mean there will be one in two weeks. Just that he can’t say for sure that there won’t be. I hope this makes sense. I still think it was just sooo strange that he said two weeks? He could have said anything but two weeks. 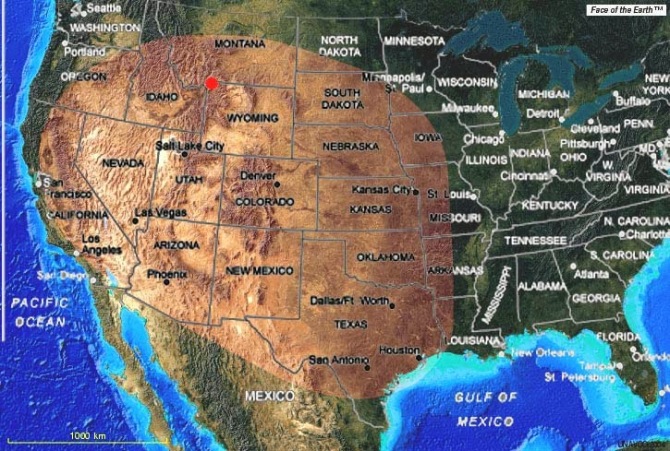